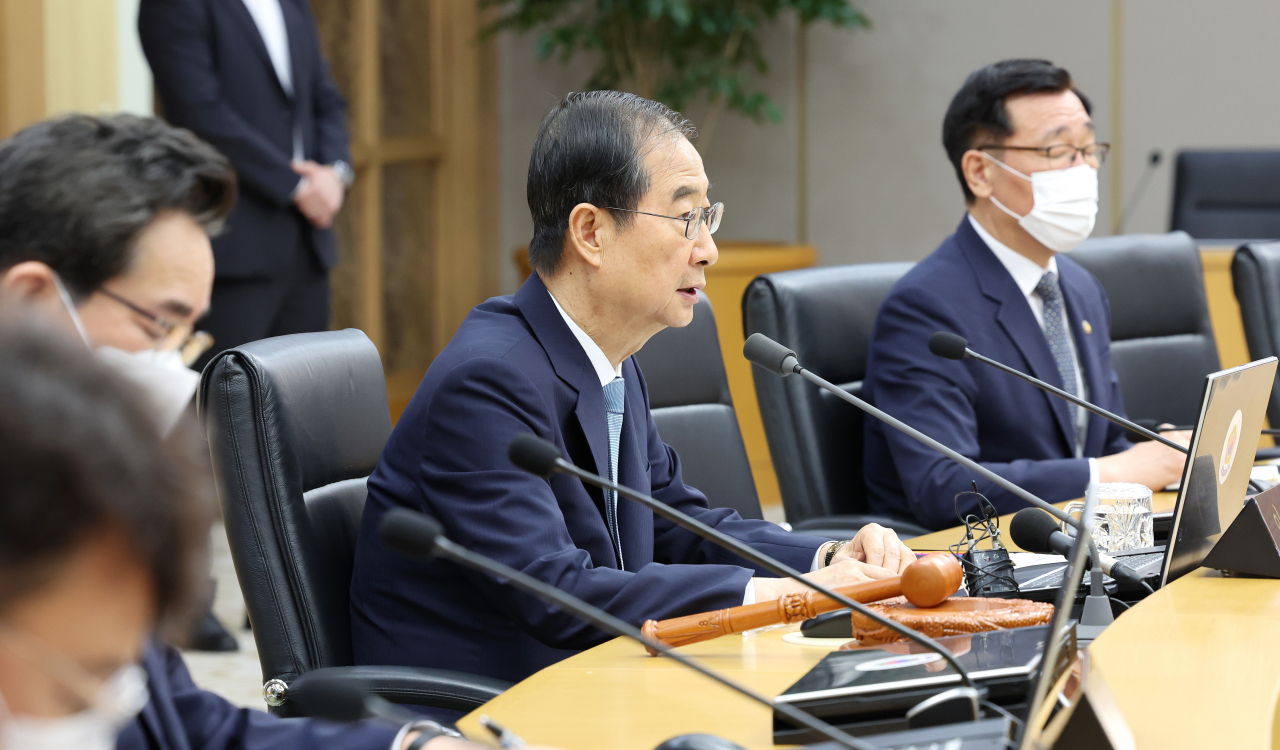 Prime Minister Han Duck-soo on Tuesday asked the National Assembly for cooperation on a budget proposal of 639 trillion won ($473.5 billion) for next year that marks the slowest spending growth in six years.

Han told a Cabinet meeting that the government “asks for active cooperation in the parliamentary deliberation process so that the direction of state administration and core values contained in the budget bill can be kept well.”

The main opposition Democratic Party holds a majority in the National Assembly.

Next year’s budget proposal marks the slowest growth since a 3.7 percent rise for the 2017 budget and a 6 percent on-year fall from this year’s total expenditures of 679.5 trillion won that include two rounds of extra budgets.

With the government seeking to implement a belt-tightening policy to improve fiscal health, it will be the first time since 2010 that the budget proposal had been smaller than the preceding year’s total spending.

Han said state debts snowballed by about 400 trillion won over the past five years to 1,070 trillion won, mainly due to expansionary fiscal policies for pandemic-era stimulus packages.

“We cannot hand over a country that is in debt to our future generation,” Han said. (Yonhap)