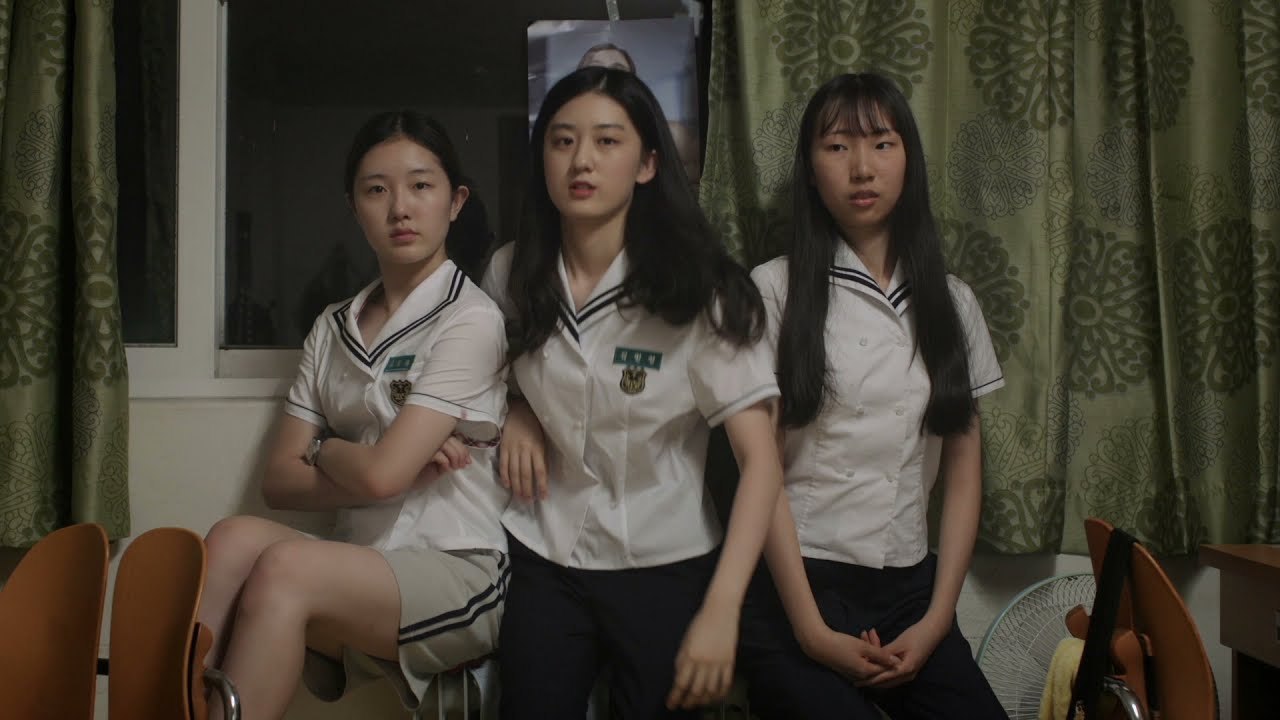 Some people say you make your lifelong friends in high school, while others say it is only normal for high school friends to drift apart later in life.

The new Korean independent film “Kim Min-young of the Report Card” deals with the topic realistically.

Jeong-hee goes to Min-young’s house for a sleepover, intending to talk about the change in Soosanna. But she is soon disappointed at how Min-young has changed as well, and leaves behind a report card that includes a grade of their friendship.

Lim said she created this movie because she had an experience similar to Jeong-hee’s.

“Friendship is a big part of my life so I often feel sad when friends do not seem to value it. I thought that this sad emotion reflects how much I care about them and thought it is important,” Lee said during a press conference held at CGV Yongsan in Seoul on Monday.

“Also Jeong-hee in the movie bravely faces her disappointment and shows it to her friend. I want to share that kind of bravery through the movie.”

The two co-directors met at a workshop for beginner filmmakers and teamed up for the project.

“I had a script for a short film that I was working on and asked her (Lim) to develop the script together,” Lee said.

Lee’s original script only had an outline of high school girls choosing different paths, and the more detailed story presented in the movie, including how they built their friendship and how it changed, was created together with Lim.

The film, which is the debut feature for both directors, has already won admission to many local film festivals. Last year it was the grand prize winner in the Korean competition category at the 22nd Jeonju International Film Festival.

“Everything was new. In the beginning, we were working on a short film, and as we created more details it naturally became a feature film, which means we did not have a framework that limited us,” Lim said. “Also, we did not have much pressure to make our film successful so we were free and I think that is what they (film festivals) appreciated.”

The directors also explained they decided to name their film “Kim Min-young of the Report Card,” instead of “Kim Min-young’s Report Card” because Jeong-hee’s feelings are the most important factor in their movie.

“This movie focuses on Jeong-hee’s feelings about Min-young and we wished for the audience to see that through the title,” Lee said.

“This movie focuses on Jeong-hee’s emotion about Min-young, so we wished that audiences can see that through the title,” Lee said.

The film will hit local theaters on Sept. 8.