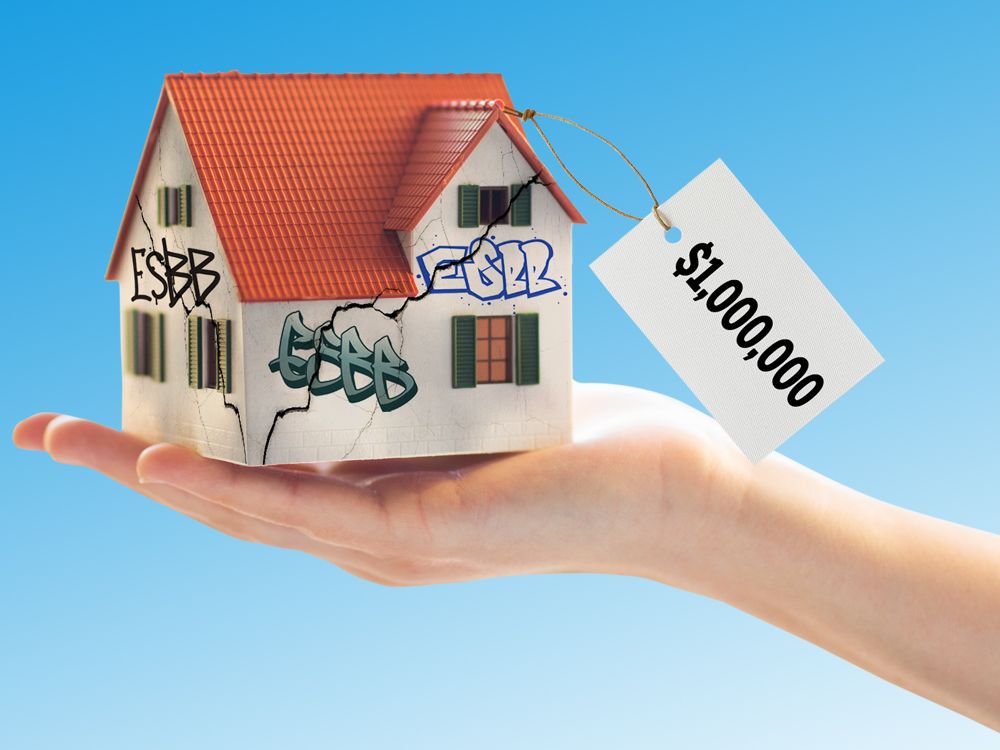 Canada is now officially home to the most unaffordable real estate in the developed world. When ranked against peer countries in the OECD, it’s now Canada where home prices are the most wildly out of step with income. While insane housing prices were once a phenomenon reserved exclusively to Vancouver and Toronto, even parts of the East Coast are now waking up to an era in which home ownership is exclusively the domain of the wealthy.

This is entirely by choice. Canada’s obscene rates of housing unaffordability are the result of decades of bad policy. Watch the Everything Should Be Better video (or read the transcript below) to learn about how Canada could return to an era in which a dilapidated rancher in Barrie didn’t cost $1 million.

Hey, do you remember the 1970s? If you can’t — and you’re a Canadian — it probably means you can’t afford a house.

This is a chart of Canadian housing prices compared to real disposable income. Say, like me, you were born in the mid-1980s. Right around here (2005) is where you graduate high school, get your first full-time job and start thinking about the future. Whoops; hope you like your entrance foyer doubling as a nursery.

But it didn’t used to be this way. A generation ago, normal people were able to buy homes in Canada. Back in 1985, the average Toronto home price was $109,000 which, adjusting for inflation, is about $264,000 today. If you had no expenses, you could work an average Canadian job and, after four years, you’d be able to buy that home in cash.

What’s the average Toronto home price today? About $1.2 million. If you earn a median household income ($63,000) and have literally no other expenses, you could pay for that home in about 19 years.

And, as we’ve discussed previously here on First Reading, this is an entirely manufactured crisis. Canada is the world’s second-largest land mass and we have no shortage of trees, gypsum and all the other stuff you make houses out of. But due to a number of extremely manmade reasons, we have the worst housing shortage in the G7.

For 15 years now, the Bank of Canada has kept interest rates at basically nothing. Historically, interest rates are about five per cent, but for years on end they were below one per cent. Debt was basically free; and you were an idiot if you kept your money in the bank, since it lost more in inflation than it ever gained in interest.

So step one is real easy: Raise the interest rates.

On most Canadian urban land – including in major centres like Vancouver and Toronto — it’s illegal to build anything except a single-family home. You want to known down your grandma’s dilapidated old rancher and put a sixplex in its place? Haha, sorry; some weird neighbourhood rule written in 1953 says you can’t.

So what if you try and change the zoning? Get ready for an odyssey of endless city council meetings where every single neighbourhood bitty with nothing better to do can petition to have your plans shut down because it might block their view of the harvest moon.

Luckily, this problem is also easy to solve. Canadian municipal governments are completely subservient to the provinces. So you do something like BC is considering: You take a flamethrower to municipal zoning laws and kneecap the ability of city councils to veto new construction.

Bring down the costs of construction

If you want to build an apartment building in Toronto right now, the city charges you a development fee of $52,367 for every single bachelor apartment. The architect hasn’t even begun sketching, and the most basic unit of housing there is already costs $52,000 — that’s equal to the average annual Canadian income.

And that’s before you get into all the weird regulations that governments love to impose on land developers. You have to spend one per cent of your budget on public art! You have to build a green roof! You shouldn’t be allowed to bulldoze old buildings; you should have to take them apart piece by piece and recycle everything (that last one was a real proposal in Victoria).

All this stuff costs money. Every check box you put in front of a developer means a few hundred more families getting prices out of the neighbourhood.

But here’s a fun experiment, the next time you hear a politician talk about housing affordability, tell them “but I’m a homeowner, how will you ensure that my house never loses value?” Then you can listen to them backtrack and talk about “respecting neighbourhood character” or whatever.

Here’s the correct answer: You bought your house on a mailman’s salary in 1991. Now, it can only be purchased by two lawyers getting help from their parents. Maybe your house is too expensive.