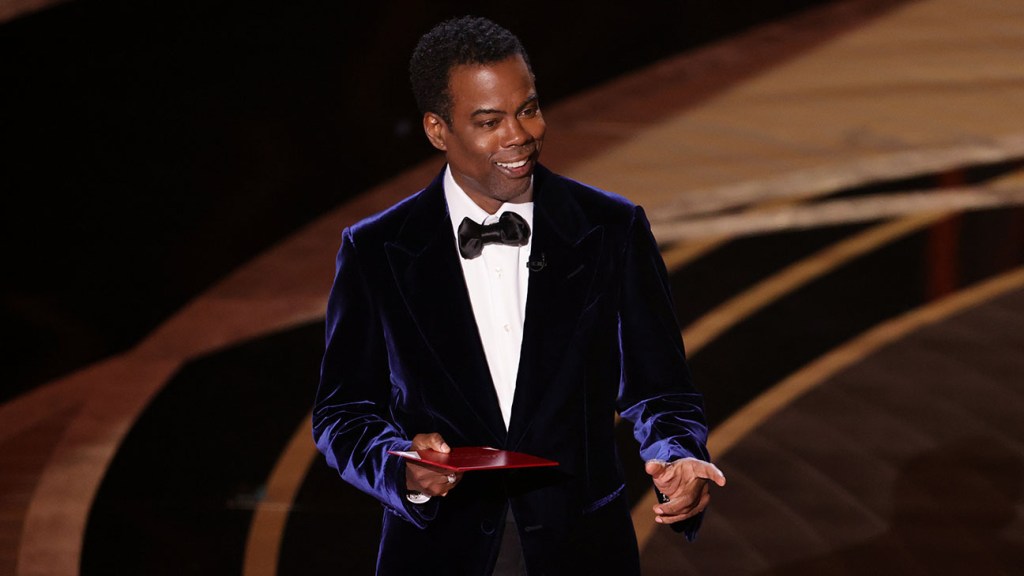 Chris Rock has declined an offer to host the 2023 Academy Awards, the comedian reportedly said during his Sunday night show at the Arizona Financial Theatre in downtown Phoenix.

According to a report from the Arizona Republic, Rock said the Academy asked him to return to host for a third time (the comedian hosted the awards show twice, in 2005 and 2016) after the infamous moment at the 2022 ceremony in which Will Smith slapped Rock onstage after Rock joked about Smith’s wife, Jada Pinkett Smith. The incident took place as Rock was about to present the award for best documentary feature, and less than an hour before Smith would accept the best actor prize for his performance in King Richard.

During his show, Rock reportedly compared accepting the hosting gig to returning to the scene of a crime, referencing the murder trial of O.J. Simpson, whose ex-wife’s killing began with her leaving a pair of eyeglasses at an Italian restaurant. Rock said returning to the Oscars would be like asking Nicole Brown Simpson “to go back to the restaurant.”

According to the Arizona Republic, the comedian’s sold-out crowd was eager to hear his take on the incident, with a fan yelling out, “Talk about it!” Rock continued, referencing Smith’s performance as boxer Muhammed Ali in the 2001 drama Ali, for which Smith earned his first Oscar nomination.

“He’s bigger than me,” Rock said. “The state of Nevada would not sanction a fight between me and Will Smith.”

The Academy of Motion Pictures Arts and Sciences declined to comment on Rock’s remarks.

In April, the Academy’s board of governors banned Smith from returning to the Oscars or attending any other Academy events for the next 10 years, a week after Smith publicly resigned from the Academy.

Earlier this month, newly appointed Academy CEO Bill Kramer noted that they are “committed to having a host on the show this year” and “already looking at some key partners on that.” He also emphasized that the slap will not be a topic of discussion or jokes at the next ceremony. “We want to move forward and to have an Oscars that celebrates cinema. That’s our focus right now,” he said.