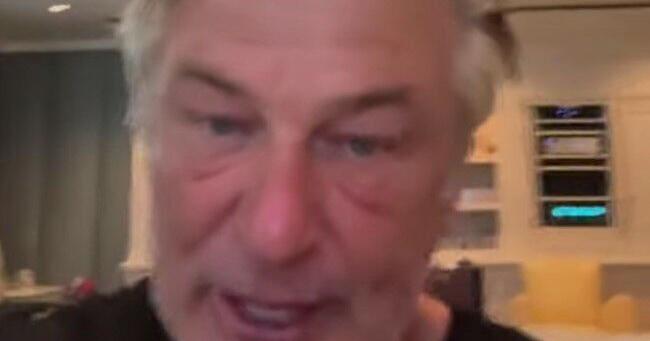 Alec Baldwin doesn’t believe he or anyone else will face charges in the fatal ‘Rust’ shooting.

The actor, 64, added in a new interview with CNN the tragedy that saw cinematographer Halyna Hutchins shot dead has “taken years off his life”.

Baldwin also revealed the FBI has still not tested live rounds that killed the mum-of-one, 42, for fingerprints to assess how they ended up on the New Mexico set of the western.

He is now awaiting a decision from prosecutors who will decide whether he should be criminally charged over the accident on October 21 last year.

Baldwin also blamed former President Donald Trump, whom the actor famously impersonated on Saturday Night Live, for adding to his stress over Halyna’s death after the ex-leader blamed him for the tragedy – a move the actor said left him fearing for his safety.

He said: “There is just this torrent of people attacking me who don’t know the facts.”

Baldwin placed responsibility for the tragedy on Hannah Gutierrez Reed, 24, who served as the armorer and props assistant on ‘Rust’, as well as assistant director Dave Halls – said to be 48- to 51-years-old – who handed him the gun.

Through their attorneys, Gutierrez Reed and Halls accused Baldwin of deflecting blame onto others.

Baldwin hit back in his CNN chat: “Someone put a live bullet in the gun who should have known better.

“That was (Gutierrez Reed’s) job. Her job was to look at the ammunition and put in the dummy round or the blank round, and there wasn’t supposed to be any live rounds on the set.

“There are two people who didn’t do what they were supposed to do. I’m not sitting there saying I want them to, you know, go to prison, or I want their lives to be hell. I don’t want that, but I want everybody to know that those are the two people that are responsible for what happened.”

He added: “I’m pretty confident neither one of them should ever work in a film set again.

“I sincerely believe… (investigators are) going to say that this was an accident. It’s tragic.”

Baldwin also stressed he does not want to “condemn” Gutierrez Reed.

Baldwin has repeatedly said that he pulled back the gun’s hammer as far as he could without cocking the gun and released the hammer, but did not pull the trigger.

A newly released FBI forensics report says the weapon could not be fired during FBI testing of its normal functioning without pulling the trigger while the gun was cocked. The report noted the gun eventually malfunctioned during FBI testing after internal parts fractured, which caused the gun to go off in the cocked position without pulling the trigger.