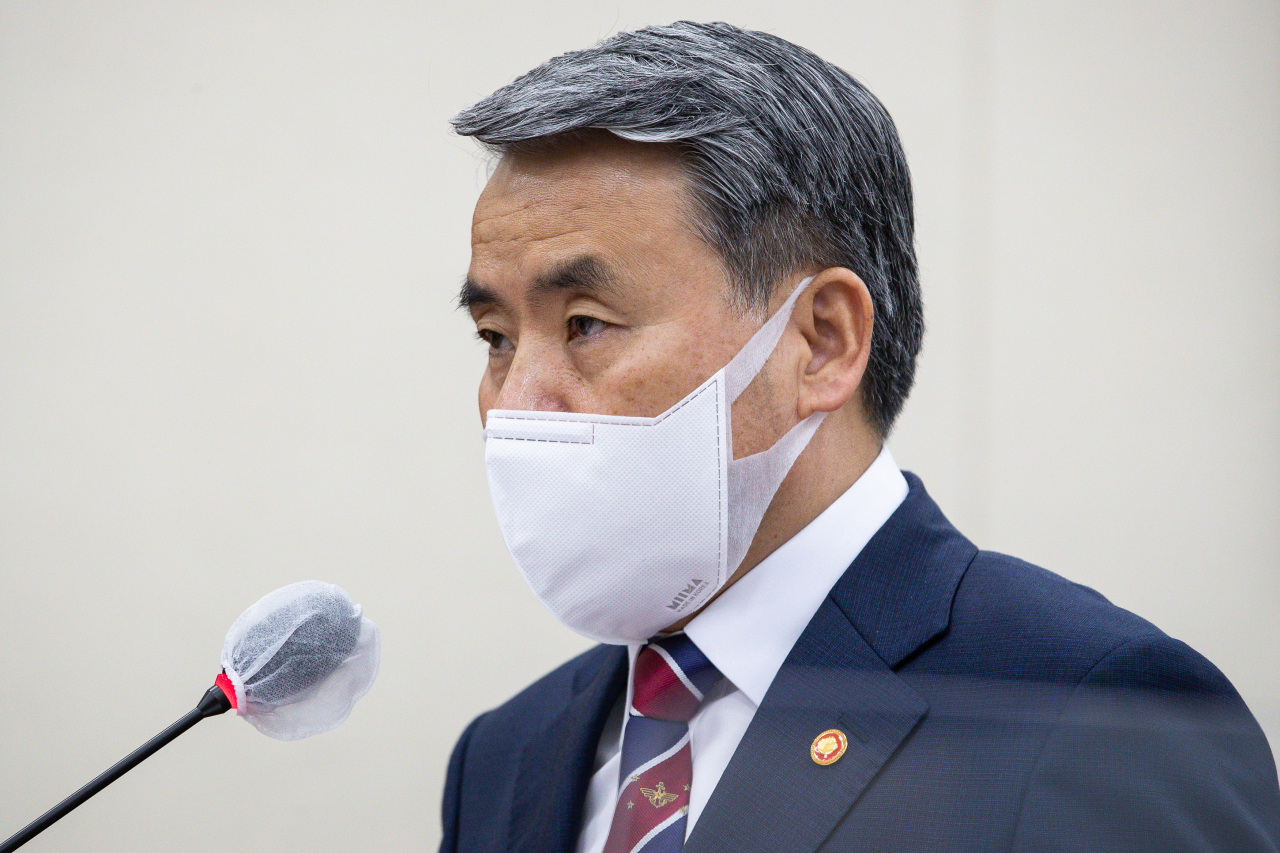 North Korea remains ready to carry out a nuclear experiment, but no “particular” signs have emerged yet that the test is imminent, South Korea’s defense minister said Monday.

Lee’s remarks came amid concerns that Pyongyang could engage in provocative acts on the pretext of responding to the Ulchi Freedom Shield (UFS) military exercise between Seoul and Washington, which it has decried as a war rehearsal.

“As North Korea is advancing its nuclear and missile capabilities and has completed preparations for what would be its seventh nuclear test, the grave security situation continues,” Lee said during the session of the National Assembly’s national defense committee.

“Based on the solid South Korea-US alliance, our military is maintaining a sturdy defense posture to respond proactively to such security threats,” he added.

The minister said that the North is capable of conducting an underground nuclear experiment at Tunnel 3 of the Punggye-ri testing site, but there have been no unusual signs indicating any impending test.

Tunnel 3 is among the four known tunnels at the testing site. The North carried out its first nuclear test at Tunnel 1 in 2006, while Tunnel 2 was used for the North’s next five underground nuclear experiments.

The minister also said the North Korean military has been focusing on restoring security facilities damaged by recent torrential rains and engaging in civil support activities, like antivirus efforts, while strengthening vigilance in response to the UFS exercise.

Commenting on the outcomes of the UFS, Lee pointed to the ongoing efforts to enhance South Korea’s capabilities to handle all-out war scenarios and bolster the allies’ combined operational capabilities and set the conditions for a “systematic and stable” transfer of wartime operational control from Washington to Seoul.

During the session, Lee also explained the outcome of a military probe into last month’s communications failure involving the Navy’s 4,400-ton Choi Young destroyer, attributing it to an apparent lack of discipline among Navy personnel.

On July 5, the destroyer went out of contact for nearly three hours while it was navigating in a maritime zone assigned to avoid a typhoon — an area that happened to be prone to satellite communications disruptions.

The military investigation has found that Navy personnel failed to promptly take due steps to restore communication links, such as shifting course for communication signals or using replacement communication channels. It also noted that the incident was not immediately reported to the higher-ups.

“We take this very seriously,” a Navy official told reporters on condition of anonymity.

The Navy plans to take measures to prevent a recurrence by establishing to-do lists for such a case and conducting related training sessions, according to the official. (Yonhap)