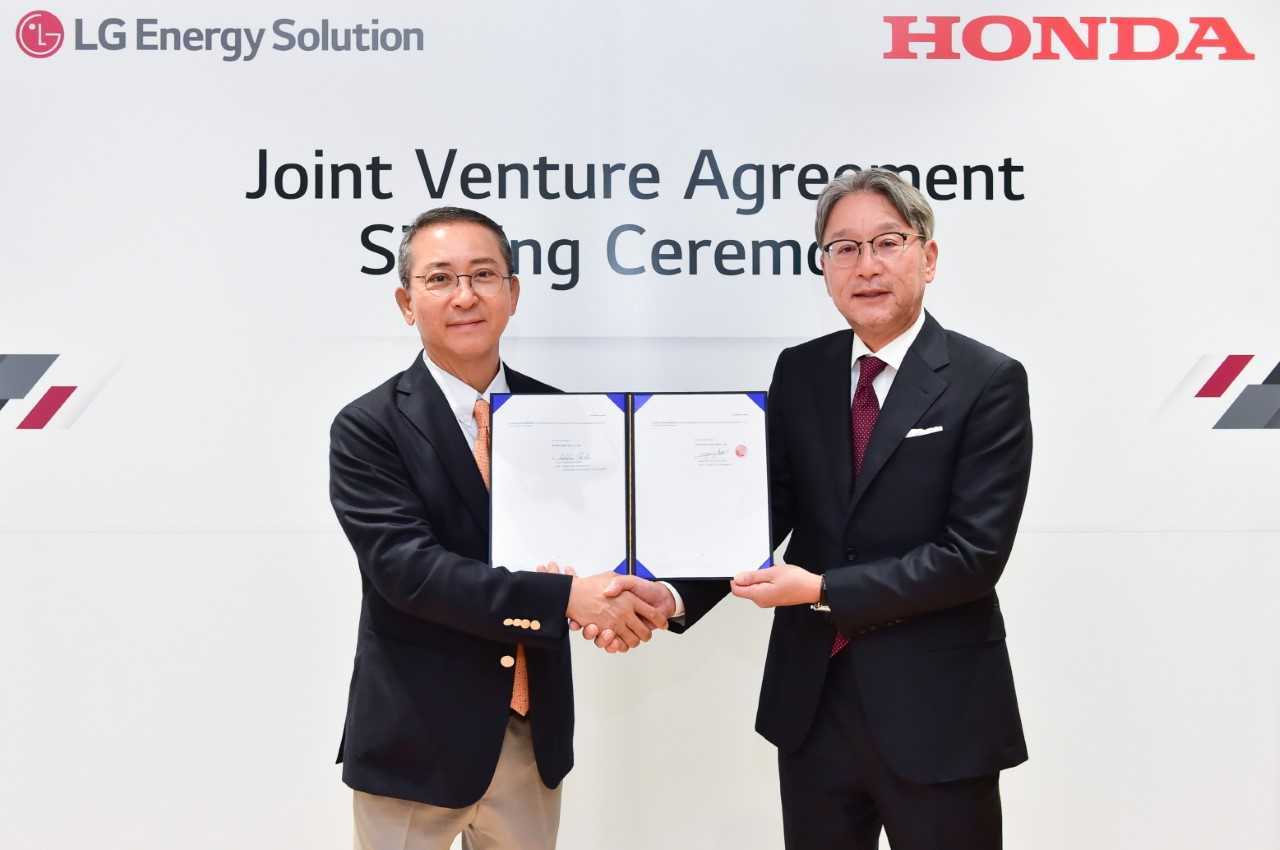 LG Energy Solution said Monday it is building a new 5.1 trillion won ($4.4 billion) electric vehicle battery plant in the US in a joint venture partnership with Japanese auto giant Honda — the first of its kind signed between a Korean battery maker and a Japanese carmaker.

The plant, with an estimated production capacity of 40 gigawatt-hours per year, will start production from the end of 2025, with battery cells and modules produced there equipping the new EV models of Honda’s premium Acura brand.

The Korean firm added that the plant’s location has not yet been decided.

Kwon, the LG Energy Solution CEO, expressed high hopes for the new partnership, saying: “Our joint venture with Honda will pave the way for us to secure a firmer footing in the North American EV market.”

The two firms are said to have agreed on the need for a prompter response to the fast-growing EV market in North America by building a battery plant. Honda is the sixth-largest carmaker in the North American market.

“Supplying batteries to a quality-conscious Japanese carmaker has proven our technological prowess and product quality,” said an LG Energy Solution official. “We expect to expand our presence in the North American market as well as elevating profitability through a more diversified clientele.”

According to market tracker SNE Research, North America is the fastest-growing EV market, with an estimated annual growth rate of 63 percent from 64 gigawatt-hours in 2021 to 453 gigawatt-hours by 2025.

LG Energy Solution has also poured resources into the market, with its total investment worth more than 20 trillion won. It plans to set up three joint venture battery plants with General Motors and one plant with Stellantis. The company said it is reviewing plans to further expand its production network there.