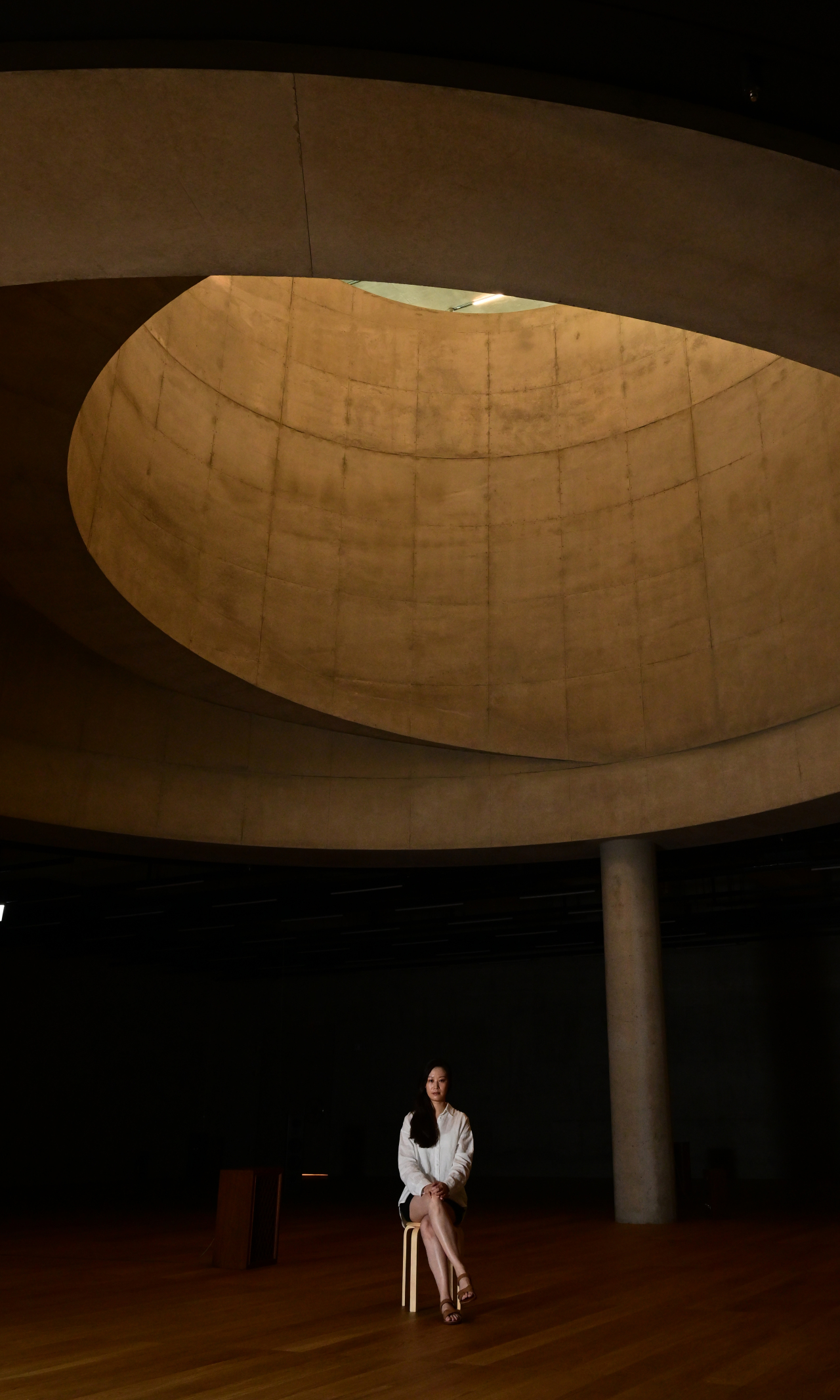 The following is the fourth in a six-part series highlighting the next generation of Korean artists active in the international art scene. – Ed

The piano is a familiar instrument in Korea, but how did the Western musical instrument come to the country? What impact did the piano have on the music scene at the time? Korean-born artist Kim Young-eun touches on the questions in “Brilliant A.”

The video follows the journey of the first-ever piano to arrive in the country, coming across a seashore, over rocky mountains and through forests pulled by an unknown force. Then it shows how the pitch A, the standard for tuning most modern instruments in orchestras, has been set gradually higher due to human auditory preference for “brighter sounds.”

The artist reads historical narratives from sound. Sound is a medium used to interpret a culture and it is a way to dig into the roots of marginalized communities — it can be contemporary or from the past. Kim reminds us of an “archaeologist of sound,” as music critic Song Hwa-suk once said.

“Brilliant A” is based on actual events depicted in missionary Richard Sidebottom’s letter from 1900 about the country’s first piano in Daegu. The arrival of the Western musical instrument at the time signified the arrival of Western music and, along with it, the standard pitch A.

“I took the scene as a symbolic moment of the systems and politics of Western countries related to the musical instrument arriving in Korea. The country’s traditional music did not consider pitch to be important, but the introduction of the piano made a huge impact on the local music scene and Koreans’ auditory perceptions,” Kim said during an interview with The Korea Herald at SongEun Art Space in southern Seoul.

“Pitch A has been continually set higher to make a brighter sound to meet human auditory preferences. Instrument makers have competed to make ‘brighter’ sounds and even military bands raised the pitch to boost troops’ morale,” Kim added.

Her interest in sound is also apparent in “Guns Flowers” from 2017, which examines the relationship between sound and violence, centered on how love songs are used as propaganda in South Korea’s loudspeaker broadcasts directed at North Korea. Her works have evolved to embrace aspects of Korea’s traditional music, as shown at her solo exhibition, “Frames of Sound” at SongEun Art Space that ran through Aug. 13.

It was not until 2017 that Kim became attracted to her home country’s identity while living as an “immigrant and observer” of the Korean community in the US. She recalled the enduring memory she has of hearing women playing traditional music all day at a small and seemingly exclusive church in Los Angeles, as if they were obsessed with playing the music. A question arose in her mind — What does this mean to these aged Korean women?

“I am thinking about visiting LA again and exploring how traditional music is created or consumed in a foreign country. I have become more interested in immigrant communities as an immigrant myself,” she said. “Things that I experience as an immigrant are tough, but there is definitely a thing that enriches one’s life.”

The single-channel video “To Future Listeners I” is one of her latest works. The song in the video is a modern pop song, “Love Song: Ar-ra-rang1,” recorded on a wax cylinder in 1896 by American anthropologist Alice Fletcher, who had asked three Korean students in the nation’s capital Washington to perform it.

The song recorded on the wax cylinder gradually disappears to become “noise” over time because the recording object is sensitive to environmental conditions. Kim uses a noise reduction plugin to make the song clear — but eventually, the intelligent algorithm perceives most parts of the song as noise.

“It seems American anthropologists wanted to keep the songs intact with an affection for the marginalized cultures of the time. But they had a deep-seated presumption that those songs would disappear eventually, which is why they recorded the song. I wanted to focus on the ambivalent situation surrounding the Korean song,” she said.

Kim’s works question the “migration of sound,” according to curator Lee Ji-won. “(Her works) propose a ‘way of listening’ by disassembling music to sound and by breaking down the system that frames sound,” Lee wrote in the catalogue of the exhibition “Frames of Sound.”

Kim was the grand prize winner at the 17th SongEun Art Award in 2017 and participated in the group exhibition “Artspectrum” at Leeum Museum of Art in 2016. She is currently a Ph.D. student in film and digital media at the University of California, Santa Cruz. She studied sculpture at Hongik University and sonology at the Royal Conservatory of The Hague in the Netherlands.