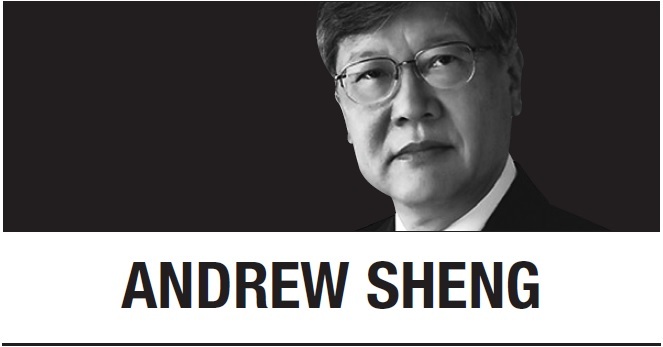 We have been here before — catastrophe, carnage, collapse, climate calamities, war. This hottest summer of discontent is prelude to a freezing winter of gas shortage, inflation and more conflicts.

As Europe, China and parts of America are facing heat waves and drought, a global food calamity is looming. Without any exit strategy on the Ukraine war, we face a prolonged period of stalemate, devastation and less willingness to negotiate even cease-fires.

The rising global uncertainties mean that businesses around the world are all taking short-term action of self-preservation, rather than investing in the long term for climate action, investment for higher productivity and carbon net-zero. Huawei Chairman Ren Zhengfei is just one of the corporate captains openly and honestly asking staff to prepare for more hardships and tough times.

Is the“clash of civilizations” inevitable, as Samuel Huntington predicted three decades ago? In an unconfirmed leaked speech, French President Emanuel Macron was reputed to have said that “Western hegemony is coming to an end.” Recognizing that democracy is fragile and rule of law is precarious, he reflected Europe’s growing pessimism that ‘this war (that) is thundering at our doors’ with ‘devastating climatic disasters.’

How did we shift so quickly from a “Grand Bargain” in which China and the emerging markets provided cheap goods to the West in exchange for paper money that could be printed at will, into “sleep-walking into conflict”?

Perhaps the reality is that there is never a free lunch forever.

Huntington recognized that saw that the “dangerous source of a global internationalized war is the shifting balance of power between civilizations and their core states.” As the 1 billion rich West (including Japan) begin to age, their security has turned into deep, primal insecurity, fear of rising new powers and the migration of poorer peoples from Latin America, Africa and Middle East northwards.

The Ukraine war split the world into at least three blocs that will contend with each other. On the one hand, NATO and Aukus see Russia and China as existential threats, even though these two are not formal allies. On the other, a third bloc is emerging, with India choosing no side but her own. I have always maintained that the West is facing the rise of three one-billion plus population power centers in the 21st century — India and China with 1.4 billion populations each and roughly 1.6 billion Muslims stretching from Morocco to Indonesia. Each claims civilizational identities that seek at least parity with the West, economically, militarily and culturally.

Thus, Indian strategists are busily re-reading Kautilya’s (375 BCE –283 BCE) classic text Arthashastra on Indian statecraft, economic policy and military strategy. Islamic scholars are re-examining Arab polymath Ibn Khaldun’s (1332 AD –1406 AD) works on the history and sociology of civilization, in which he reflected on the decline and fall of civilizations, drawing upon his research into the rise and fall of Arab empires. In his view, civilizations rise from “assabiyya”, the concept of kinship, common social ties that coalesce to form collective political action. Decline sets in when there is loss of morality or justice, especially allowing poverty to happen, giving rise to loss of assabiyya and moral order.

American historian Arthur Schlesinger Jr. claims that what distinguishes Western civilization is that it is the “unique source of ideas of individual liberty, political democracy, the rule of law, human rights, and cultural freedom.” But Huntington understood that “the principal responsibility of Western leaders, consequently, is not to attempt to reshape other civilizations in the image of the West, which is beyond their declining power, but to preserve, protect and renew the unique qualities of Western civilization.”

Unfortunately, the reverse is happening with the West taking active steps to retain its status quo, by containing the rising powers through its sanction, financial and media powers, which is exactly why it finds that the Rest do not necessarily agree with that approach.

Huntingdon was prescient in noting that global civilizational war — mutual nuclear devastation — can only be avoided by two basic conditions, which the United States will find hard to accept. First, “the abstention rule that core states must refrain from intervening in conflicts in other civilizations is the first requirement of peace in a multicivilizational, multipolar world.” Second, “the joint intermediation rule that core states negotiate with each other to contain or to halt fault lines wars between states or groups from their civilizations.”

In short, unless the West accepts the new reality of accommodating the rising powers, and adopt both Huntington rules which allows a new balance of power configuration, then some clash is inevitable.

At the heart of the ideological divide is the question whether sovereignty is absolute in an interconnected and interdependent world. Tiny Finland survived a 1939 war with the Soviet Union and thereafter maintained neutrality and peace by recognizing that winning trust with a powerful neighbor is key to survival. That trust has now been broken with the Ukraine war. Daily demonization of each other is fragmenting trust between nation states, and that is the risky road to armed conflict and war.

The realistic school of international relations is correct to be pessimistic. Until mutual pain from recession or war brings back some realism for compromise and cooperation, even idealists find it hard to be optimistic for the future.

Andrew Sheng
Andrew Sheng writes on global issues from an Asian perspective. The views are entirely his own. — Ed.