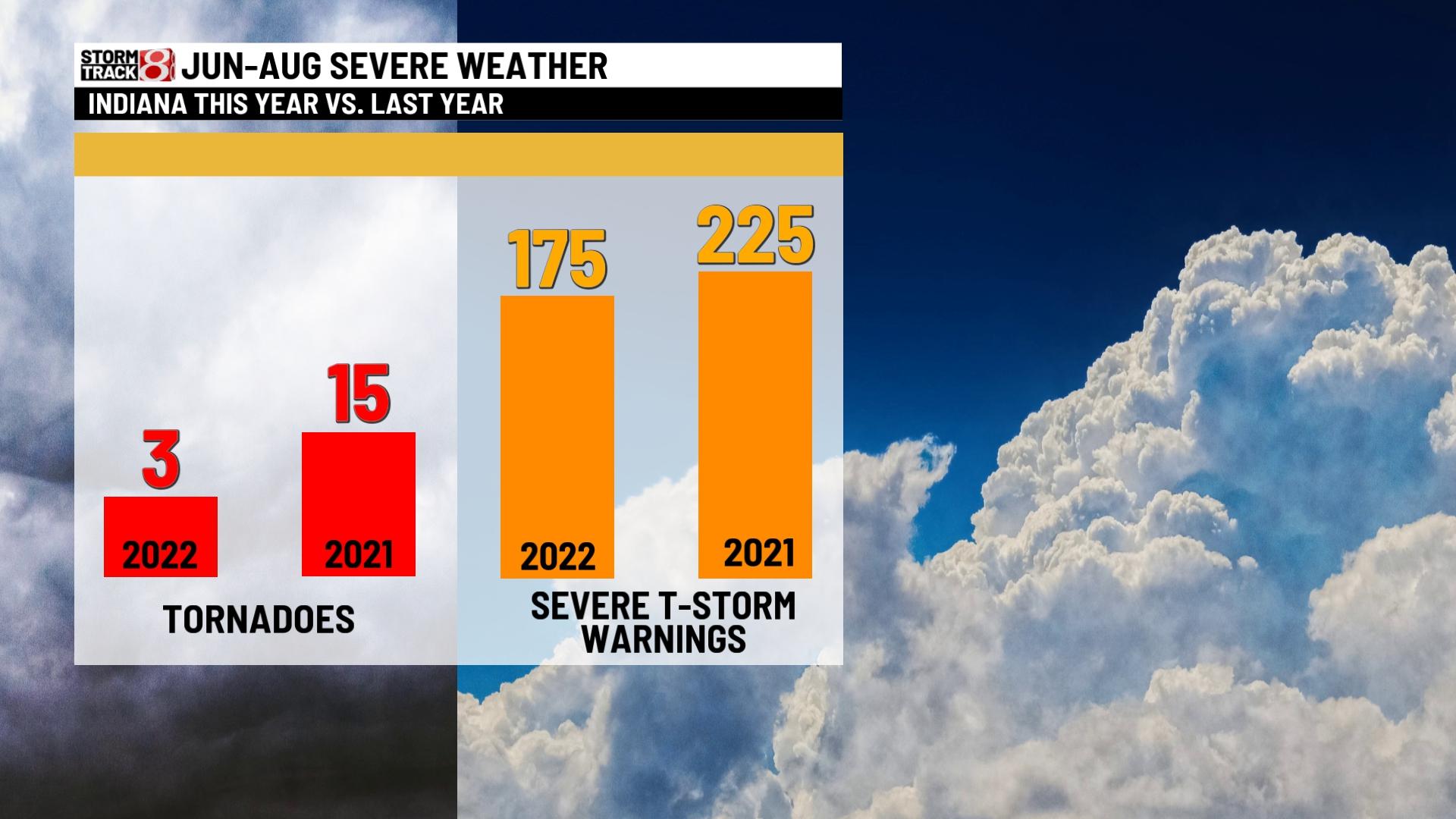 INDIANAPOLIS (WISH) — Prior to Monday, it had been over a month and a half since a part of Indiana was placed under an enhanced (3/5) or higher risk of severe weather.

In fact, the enhanced risk in northern sections of the state on Monday was only the second enhanced or higher risk of the summer (June-August) for Indiana. That other moderate (4/5) risk on June 13 came with a derecho that swept across northeast Indiana.

For comparison, June through August in 2021 produced four separate days that were enhanced or higher risks.

The Storm Prediction Center issues risk levels on a scale from 1-5 to help protect lives and property with accurate forecasts.

Severe weather in summer 2021 was more active for Indiana. Fifteen tornadoes were recorded from June to August with most of those tornadoes coming in June.

Through Sunday, only three tornadoes have been recorded during the summer months in 2022 for Indiana. The month of June tends to be the most active month for tornadoes in Indiana.

The National Weather Service offices throughout the state issued 225 severe thunderstorm warnings within Indiana for summer 2021.

In summer 2022, the National Weather Service offices have only issued 175 warnings through Sunday.

The most warnings issued for a single summer came back in 2008 where 394 severe thunderstorm warnings were issued.