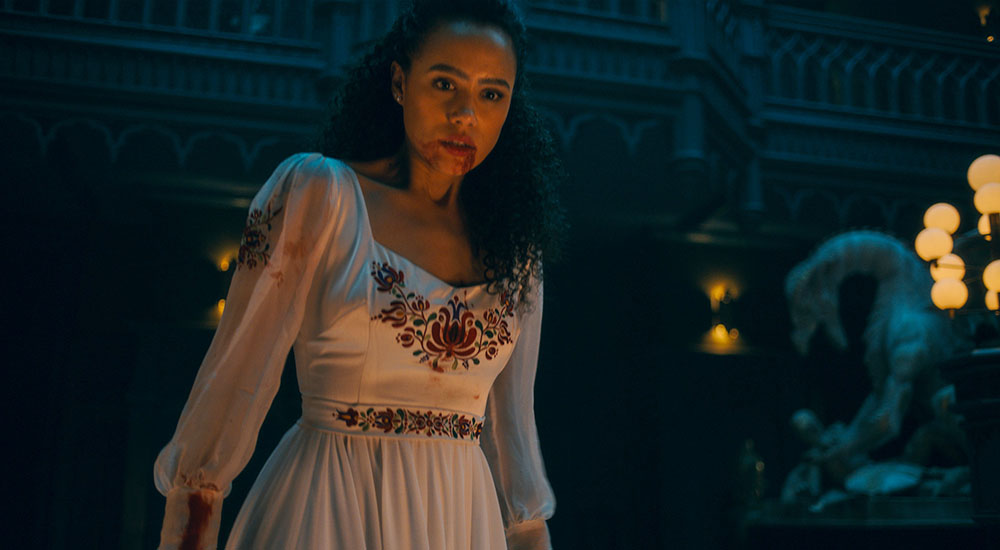 The dog days of August can always bring a downturn in moviegoing, but this year is horrifyingly bad.

Sony’s The Invitation limped to No. 1 domestically with $7 million from 3,114 theaters in its opening, according to Sunday estimates.

The horror film, which is doing best among younger females, has been largely dismissed by critics, while it earned a C CinemaScore from audiences (it actually isn’t unusual for horror fare to get a C grade).

George Miller’s new film Three Thousand Years of Longing, which made a splashy world premiere at the Cannes Film Festival, opened to an estimated $2.9 million from 2,436 locations for a seventh-place finish. The MGM and United Artists Releasing title had intended to open in far fewer theaters since it is more of a specialty title than a mainstream offering, but cinema operators urged UAR to let them book the film, which earned lackluster reviews, because of a lack of product overall.

Back on the top 10 chart, Sony’s Bullet Train came in second with $5.6 million, followed by Beast — starring Idris Elba — with an estimated $4.9 million.

Top Gun: Maverick followed with $4.8 million. The Tom Cruise blockbuster now ranks at No. 9 on the all-time list of top-grossing films, not adjusted for inflation. Domestically, it will finish Sunday with more than $691 million in ticket sales.

Dragon Ball Super: Super Hero rounded out the top five with $4.7 million in its sophomore outing. The anime fell a steep 78 percent after topping the chart last weekend with an impressive $20.1 million.

Overall revenue for the weekend at the domestic box office looks to come in at $51 million to $52 million, the worst showing since February. Additionally, the weekend is down more than 16 percent from the same frame in 2021, when the COVID-19 delta variant was much more of an issue in terms of moviegoing. On the same weekend last year, the horror pic Candyman debuted to $22 million, while Free Guy remained a strong earner in its third weekend with $13.2 million.

Exhibitors have been bracing for a parched August calendar following a string of high-profile studio releases this spring and summer. The drought — due, at least in part, to post-production delays — will continue into September and the first part of October.

Mega-circuit Cineworld is citing the pressures of the content slowdown as one of the reasons it is preparing to file for Chapter 11 bankruptcy in the U.S., where it operates Regal Cinemas. Wall Street analysts and others counter that theater chains that aren’t debt-laden, as Cineworld is, are in a far better position to weather current circumstances.