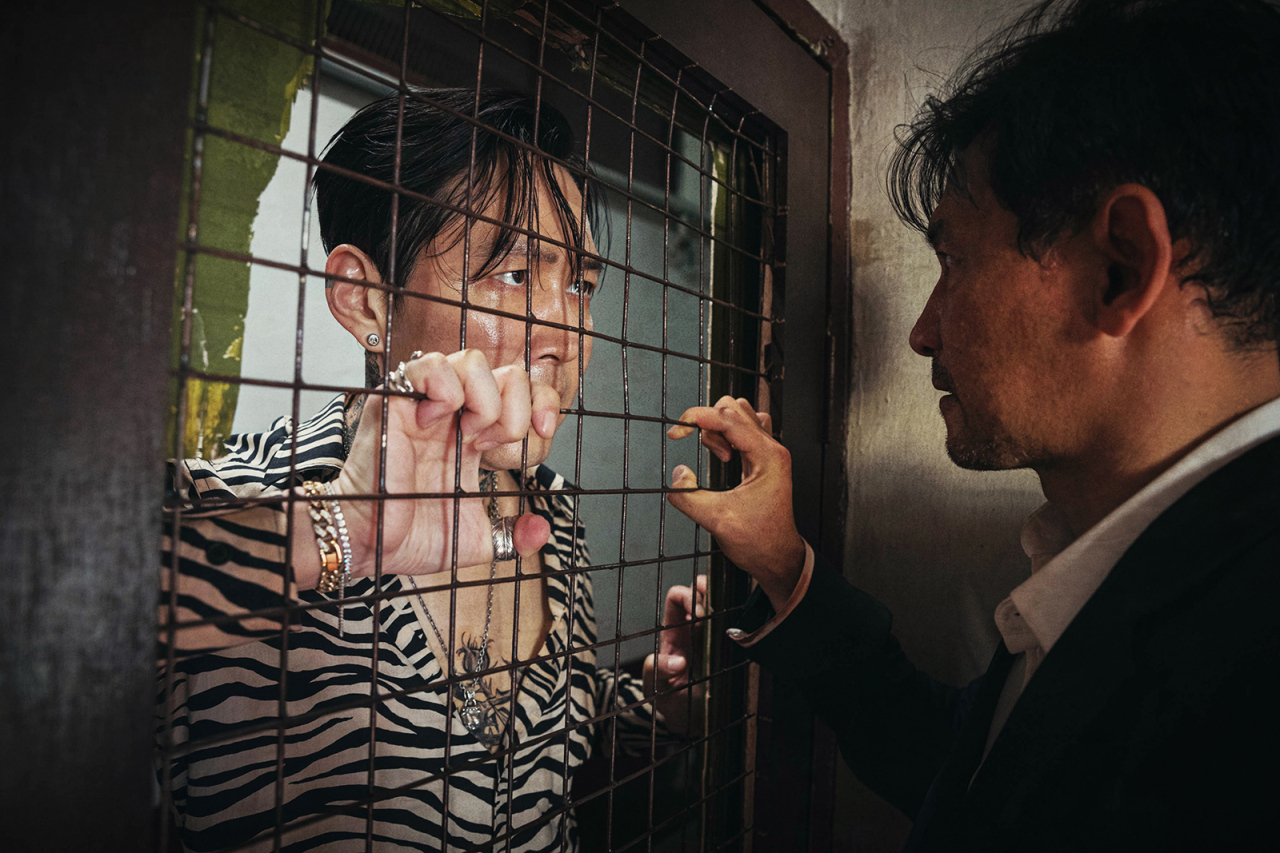 A spinoff series of action-packed Korean thriller “Deliver Us From Evil’ will start production in 2023, according to the local production firm of the original film, Hive Media Corp.

The new TV series titled “Ray,” being created for a streaming platform, will be produced alongside Artist Studio, a production company known for works like Netflix series “The Silent Sea” and actor Lee Jung-jae’s directorial debut feature “Hunt.”

The original film revolves around hit man In-nam (played by Hwang Jung-min), who aims to finish what he promised would be his last job before fleeing Japan. But In-nam unexpectedly becomes mixed up in a case in Thailand. In Bangkok, a mysterious and barbaric killer named Ray (Lee) — also known as “the butcher” — chases In-nam down to avenge the death of his brother.

The new TV series will mainly center on Ray, unveiling the story of how he became a reckless killer as well as his fights with various new villains from all over the world.

According to Hive Media Corp., Lee is considering the role of the Ray character again in the new series as well as taking part in the project as producer and director.

Filmmaker Hong Won-chan, who directed the original movie, will also join the project as one of the creators.

Author Kim Bo-tong of hit webtoon “D.P.” and commercial director Shin Woo-seok will also take part in the project, according to the production firm.

Shin’s creative studio rose to fame with witty Canon commercials released on YouTube in which celebrity chef Choi Hyun-seok and former soccer player Ahn Jung-hwan are killed by a bear while trying to take photos of it.

Also, Hong Kyung-pyo, the director of photography for director Bong Joon-ho’s Oscar winner “Parasite,” will be filming the new series.

Despite the COVID-19 pandemic situation, “Deliver Us From Evil” sold over 4.35 million tickets here in 2020.