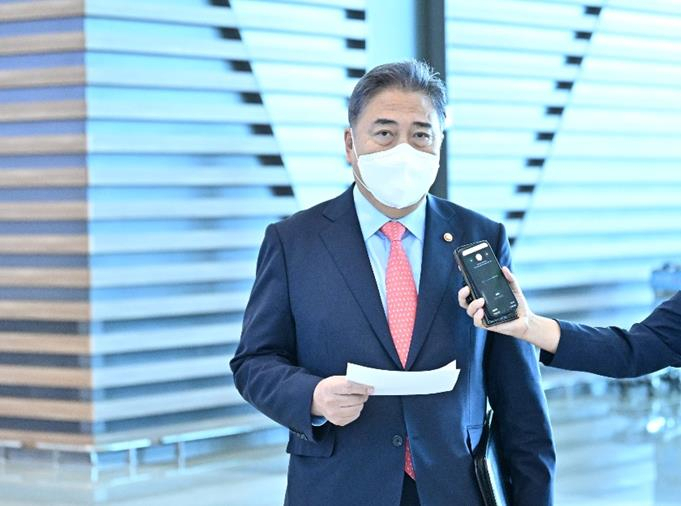 His trip — the first visit to Mongolia by a South Korean foreign minister on a bilateral basis since 2014 — comes as the country has recently gained keen attention for its rich resources amid international efforts to secure global supply chains.

Before departure, the minister said his trip is aimed at deepening “practical cooperation” between the two countries in the areas of economic security, and strengthening solidarity between the two nations sharing “universal values.”

“We would like to deepen cooperation with Mongolia, the world’s 10th resource-richest nation, for stabilizing and diversifying supply chains,” Park told reporters.

Upon arrival in the Mongolian capital of Ulaanbaatar later in the day, Park plans to visit a commemorative park honoring South Korean Independence Fighter Lee Tae-joon who opened a hospital there in the 1910s to fight infectious diseases and backed Korea’s struggle against Japan’s 1910-45 colonial rule.

The following day, Park is set to hold talks with his counterpart, Batmunkh Battsetseg, to discuss bilateral relations and other issues of mutual concern.

During his stay that runs through Tuesday, Park also plans to pay courtesy calls on the Mongolian president and other political leaders, according to his office. (Yonhap)