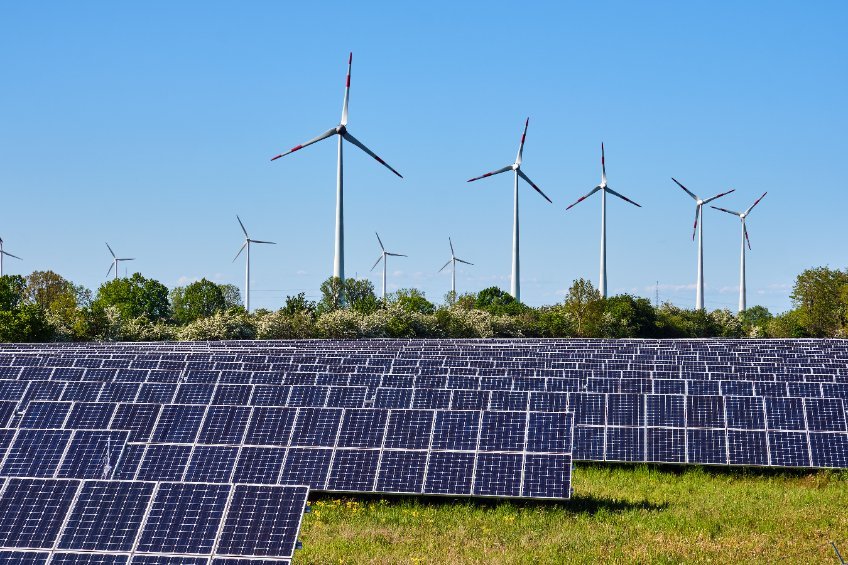 Amid the importance of renewable electricity highlighted in global supply chains, 28.8 percent of large South Korean manufacturers are facing pressure from global buyers to use renewable energy in the production process, a survey from the Korea Chamber of Commerce and Industry showed Sunday.

Regarding the requested timeline by the global buyers, the survey showed that 33.3 percent of South Korean manufacturers were asked to use renewable energy by 2025 while 9.5 percent of foreign companies demanded the operation of eco-friendly energy between 2026 and 2030.

The survey was put together to figure out S. Korean manufacturers’ participation in RE100, a global initiative committed to using 100 percent renewable electricity through eco-friendly energy such as solar and wind power by 2050, and what the government needs to do for the private sector’s efforts in the eco-friendly movement.

Led by the Climate Group in partnership with CDP, formerly known as Carbon Disclosure Project, RE100 has seen a steady increase in the number of new members. According to RE100, there were 378 members, including Apple, Google and BMW, as of Sunday. A total of 22 South Korean firms have joined the global initiative so far.

“There are perhaps many companies that do not wish to disclose the request from foreign firms to use renewable energy. If (S. Korea) does not respond to the RE100 initiative properly, it could hurt the country’s export competitiveness in the future,” a manufacturing industry official said.

According to the KCCI’s survey, 35 percent chose the burden of cost as the biggest obstacle in joining the RE100 initiative, followed by 23.7 percent picking the lack of necessary policies and infrastructure and 23.1 percent selecting the lack of information.

The KCCI quoted an official at a medium-sized firm as saying that Korean companies face hefty price tags when trying to carry out RE100 initiatives through either building renewable energy plants or buying renewable energy. The price, which Korean firms have to pay, can be up to two times higher than that of companies in Europe, according to the official.

According to the Korea Energy Agency, the proportion of renewable energy took only 7.43 percent of the country’s total energy production in 2020, far below the OECD’s average of about 30 percent.

The KCCI’s survey showed that 25.1 percent of the respondents chose an expansion of economic incentives as the most-preferred policy in order for them to participate in the RE100 movement while 23.2 percent hoped to have the purchase of renewable energy recognized as the record of decreasing greenhouse gases.

“As the number of local partners related to companies participating in RE100 is estimated at over 10,000, we have to prepare for the increased use of renewable energy by not only large conglomerates, but also small-to-medium-sized companies,” said Kim Nok-young, director of Carbon Neutral Center at the KCCI’s Sustainable Management Initiative.