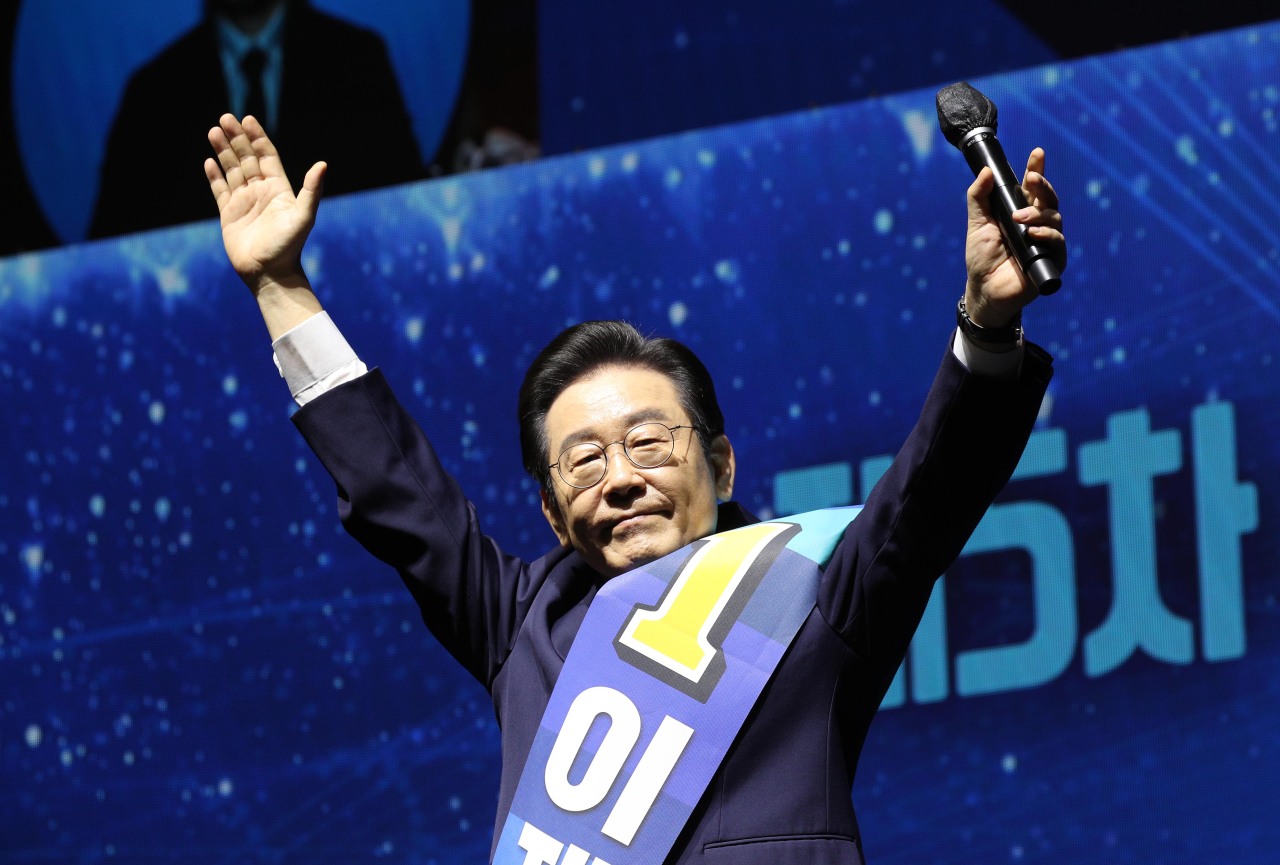 The main opposition Democratic Party of Korea is setting sail with Lee Jae-myung, its former presidential candidate, while the ruling party continues to struggle with an ongoing internal feud. On Sunday, Lee was confirmed as the new chairman with a strong majority.

The ruling People Power Party, on the other hand, looks likely to struggle in internal dispute for some time to come, with a court ruling suspending interim leader Rep. Joo Ho-young from duty.

On Sunday, the Democratic Party held a national convention where the party announced the combined result of votes from party members and opinion surveys.

The approval rating for Lee is currently the highest of all time. The previous record high was 60.77 percent, which Lee Nak-yon, former chief of the main opposition Democratic Party, scored in 2020. It was also higher than the rate that former President Moon Jae-in won in a convention held in 2015.

Lee’s overwhelming victory in the latest competition for the party’s leadership is a strong comeback after he lost to Yoon Suk-yeol in the presidential polls in March.

The high approval rating for Lee is expected to provide a boost to his leadership within the party in the future. To seek support from pro-Moon lawmakers and consolidate his leadership in the party, Lee will first visit former President Moon on Monday, his first day as chief of the party.

While the main opposition party is settling its leadership vacancy that has been open since March, the ruling People Power Party is likely to struggle from its internal dispute for a longer period of time as a local court’s ruling suspended interim leader Joo Ho-young from duty.

Previously, the ruling party approved the transition to an emergency committee leadership and appointed five-term lawmaker Joo as its temporary leader. Lee, the suspended chair of the ruling party, however, filed a court injunction to override the party’s decision.

Due to the court’s latest decision, coming just 10 days after the party emergency leadership committee was launched, the party again fell back to an absence of leadership.

The People Power Party currently plans to amend its party rules so that it can launch another emergency committee leadership. The current emergency leadership system will stay only until the court’s ruling in the main lawsuit.

The members of the ruling party on Sunday also raised criticism against suspended Chair Lee for causing disturbances within the party and disharmony with the Yoon administration. The party members demanded its ethics committee discipline Lee.

In early July, the People Power Party suspended Lee’s membership for six months over allegations of sexual bribery and allegedly having an aide destroy evidence related to the sexual bribery case.

Meanwhile, some members of the ruling party on Sunday raised their voices against Kweon Seong-dong, who became the acting leader of the party in the absence of the suspended Lee. The party members asked Kweon to step down from his position to take responsibility for his failing with the emergency leadership committee that is now damaged by the court’s ruling.

In July, Kweon was also came under fire after text messages between him and President Yoon were leaked to the media, in which Yoon was seen backbiting about Lee.