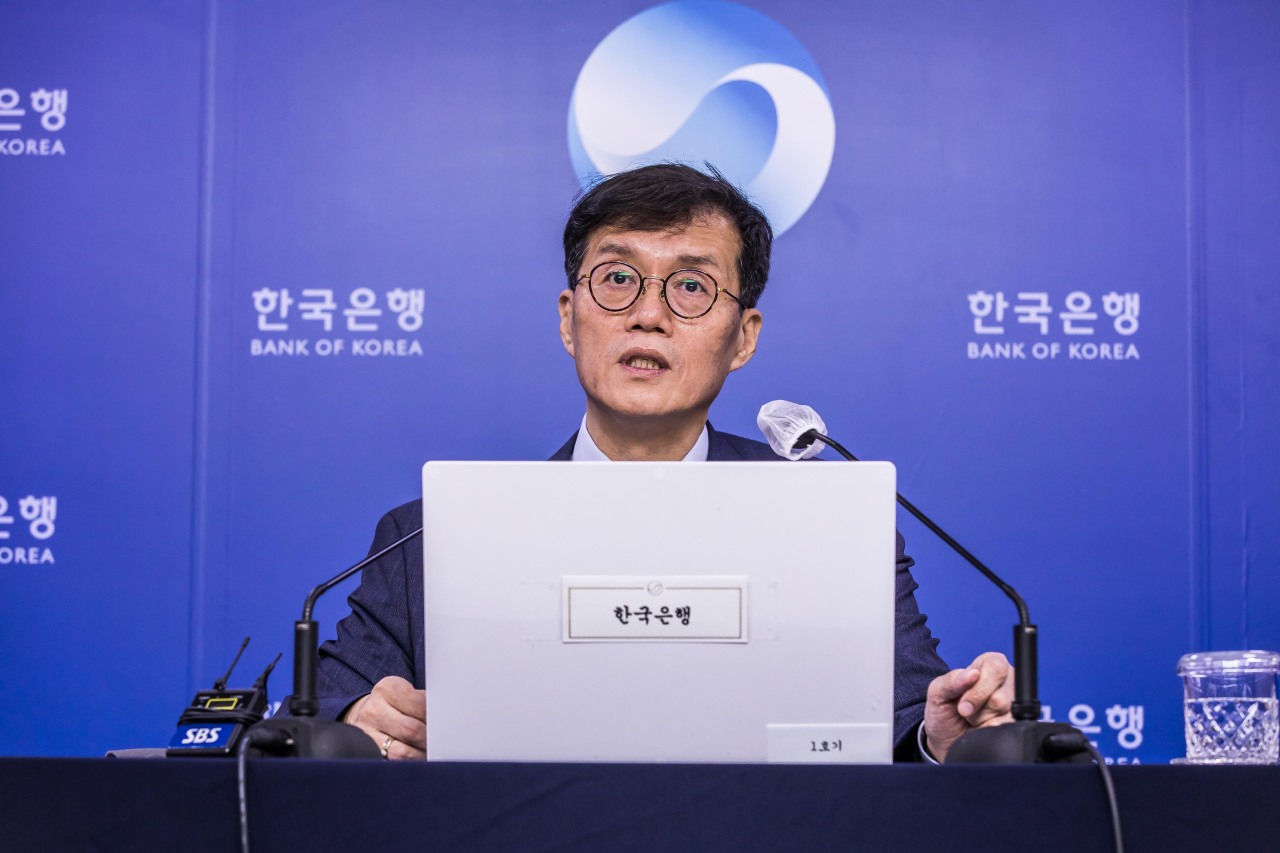 The Bank of Korea will tighten policy to corral inflation but cannot end it before the US Federal Reserve, BOK Gov. Rhee Chang-yong said Saturday at the annual Jackson Hole meeting in Wyoming — a three-day global economic retreat of central bankers held in-person this year after a pandemic hiatus in 2020 and 2021.

“We are now independent from the government, but we are not independent from the Fed,” Rhee said on the last day of the gathering, in an interview with Reuters, noting the US central bank’s decision to tighten policy over inflation weakens the Korean currency as investors flee for higher yields from the dollar. The won slipped to a 13-year low against the greenback this month.

The remarks come as the BOK tries taming domestic inflation at an almost 24-year high, which Rhee says has been prompted by such outside changes as higher energy prices caused by Russia’s war in Ukraine. Rhee expects inflation in August to ease from the record annual increase of 6.3 percent in July, but remains uncertain if price increases have peaked.

It is “too premature” to be definitive at the moment, since gas prices, for one, could pick up speed as winter approaches, Rhee said, adding he backs policy tightening as long as inflation runs in an annual increase of the 4 to 5 percent range. The range was floated last week after the bank’s rate decision, which marked a return to the usual hike of 25 basis points — half the historic size seen in July.

But, the policy rate — standing at 2.5 percent, up from 1.25 percent in January and closer to the low-3 percent range expected by year-end — falls far short of a potential range of 3.75-4 percent the Fed could adopt following three meetings this year, in September, November and December.

Rhee — who has previously said the bank could weather a gap as big as a full percentage point in the Korean and US interest rates — said he had eyes set on local market responses to what Fed Chair Jerome Powell said Friday. Powell’s tough talk on inflation sent US stocks tumbling.

Any speculative moves involving the won-dollar trade will warrant government intervention, according to Rhee, who said the recent won depreciation was not driven by speculation or worries over the country’s economic fundamentals, but by the dollar rising in value globally.

Rhee said Korea was not burning through currency reserves as it did over two decades ago, and its credit ratings were just fine, referring to the Asian financial crisis in the 1990s. Nor will the economy see a repeat of the 2008 global financial crisis, Rhee added.

The assessment is shared by the finance minister, who has ruled out liquidity or credit issues involving the weakening won. Authorities last week issued a verbal warning for a fourth time this year to prevent the persistent drop in the won’s value, though it did little to calm jumpy currency markets.

The growing volatility is one of the latest signs forcing Korean policymakers to put together a more calibrated response to what they call a full-blown crisis gripping Asia’s fourth-largest economy.

The government is urged to cool prices while avoiding a downturn, a task analysts say is becoming increasingly tricky when the export-led economy is on track for a five-month streak of monthly trade deficits dating to April. The BOK last week slashed the 2022 growth forecast to 2.6 percent, from 2.7 percent made in May.