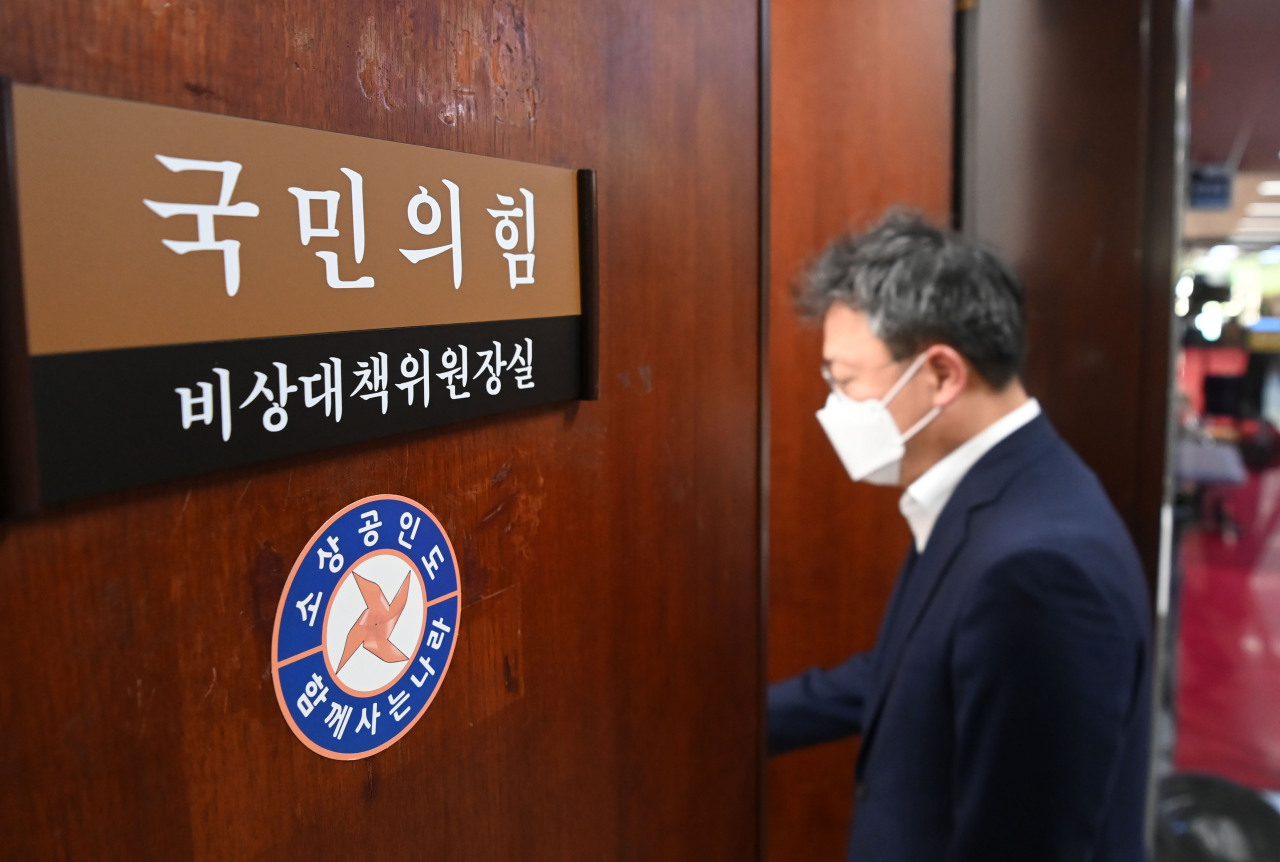 Lawmakers of the ruling People Power Party are set to hold a meeting Saturday to cope with the aftermath of the previous day’s court ruling that suspended interim leader Joo Ho-young from duty.

The crisis meeting, called by floor leader Kweon Seong-dong, will be held at the National Assembly at 4 p.m., party officials said.

In early July, the party suspended Lee’s membership for six months over allegations of sexual bribery and an attempted cover-up.

Kweon then took over as acting leader but came under fire in late July after text messages between him and President Yoon Suk-yeol, in which Yoon was seen backbiting about Lee, were leaked to the media.

Citing a “procedural error” with the transition, Lee filed for an injunction and a separate lawsuit seeking to nullify the validity of the emergency committee.

The court ruled Friday in favor of Lee in the injunction suit.

It ruled the party was not in an emergency warranting such a transition and ordered Joo’s duties be suspended until there comes a decision in the main lawsuit.

The party immediately appealed the decision, calling it “an excessive violation of a political party’s autonomous and internal decision-making.”

During Saturday’s meeting, the lawmakers are expected to focus on its future leadership system.

Observers said the party may opt to maintain the emergency committee under an acting chief with floor leader Kweon widely expected to be named to the post.

The party said the court decision only affected Joo’s status and that the emergency committee itself is valid until the court delivers a ruling in the main lawsuit. (Yonhap)