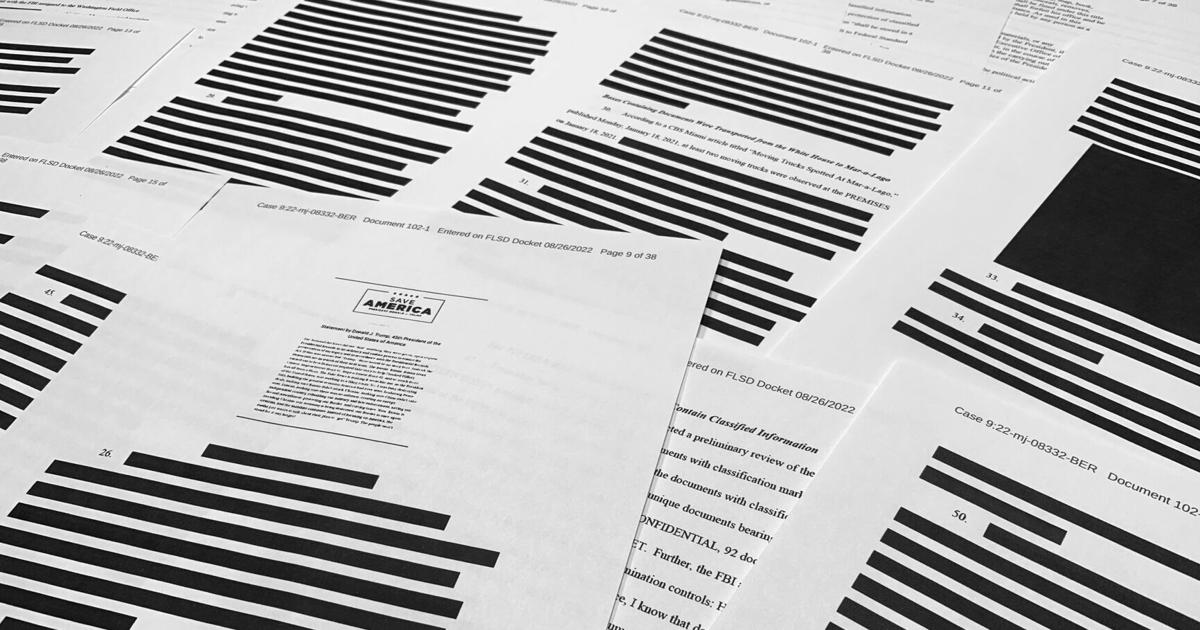 It was another eventful week related to the Justice Department’s investigation into former President Donald Trump.

On Friday it released a partially blacked out document explaining the justification for an FBI search of Trump’s Florida estate this month. This news came days after lawyers tried to block the FBI from reviewing those documents.

Meanwhile, President Joe Biden followed through on his promise to provide student loan forgiveness, a move that was met by opposition from Republicans. The announcement by Biden preceded his visit to Maryland, where he hoped to energize Democrats ahead of the midterm elections days after key primaries in Florida and New York.

And in other political news, Liz Cheney and former Vice President Mike Pence weighed in on the possibility of Pence testifying before the House committee investigating the Jan. 6 attack on the Capitol.

What is the current threat of political violence and is the country sliding toward autocracy? Those topics and more on this week’s Utterly Moderate Podcast.

A recent poll reveals that Americans support tougher gun laws. That report came ahead of the Uvalde, Texas, school board voting to fire its police chief in response to the deadly school shooting. And in the case involving the shooting death of Breonna Taylor in Louisville, a former police detective pleaded guilty to a federal charge.

In other news, there were convictions in a plot to kidnap Michigan’s governor. Anthony Fauci announced his retirement as a House panel looked into the response to the coronavirus pandemic.

A recount in Kansas reaffirmed that the majority of voters want to protect abortion rights in the state. In a related story, Walmart is expanding abortion coverage for employees.

Also, a deal was reached to end a teacher’s strike in Ohio’s largest school district.

🎧 Listen to the first chapter of the new season of the Crime Beat Chronicles podcast that looks into the disappearance of a 24-year-old Nebraska woman.

In international news, the U.S. is pledging more support for Ukraine six months into Russia’s invasion of the country.

Tensions remain high between the United States and China over Taiwan as well as COVID-19.

In the Middle East, Israel is urging the US to avoid a new deal with Iran. Meanwhile, the U.S. hit targets in Syria with airstrikes.

The United Kingdom prepares to say farewell to its Prime Minister while Finland’s PM apologized over party photos.

And a new aviation record was established this week.

🎧 The hosts discuss the benefits and challenges associated with this fundamental change in how many people do their jobs.

In business and economic news, airlines are under pressure from the government to help passengers.

Fewer Americans are applying for unemployment, however, fears of a recession continue while shoppers grapple with high prices. And Hyundai and Kia are recalling large SUVs.

Finally, in health, science and technology news, be sure to update your Apple devices if you haven’t already for an important security update.

If you are thinking of selling a home through a company that offers cash for houses, be cautious. One reporter explains what she learned on the latest Behind the Headlines podcast.

In other security news, a former Twitter employee has filed whistleblower complaints against the company.

Amazon will shut down its health service by the end of the year, plus we have updates on COVID shots for kids and the latest on Monkeypox.

California wants to crack down on cyber flashers. And the James Webb space telescope has captured more striking images.

— Compiled and narrated by Terry Lipshetz from Associated Press reports

The weather alerts you get on your phone might be missing the mark. Learn why on the Across the Sky podcast.

What are the 10 best biopics? We share our picks as we touch on Hulu’s new Mike Tyson series on the latest Streamed & Screened!