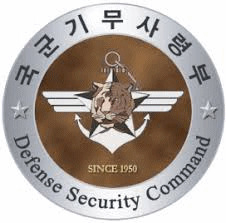 A former chief of the Defense Security Command (DSC) indicted in 2018 for the military’s allegedly illicit online political maneuvers was sentenced to three years in prison in a retrial by an appellate court Friday.

The Seoul High Court gave the sentence to Bae Dek-sig, who led the DSC from 2010-2013, after finding him guilty of abuse of power and ordered his immediate detention.

Bae was first indicted four years ago over the allegations that his command ran a team that posted about 20,000 online comments favorable to the conservative governments of Lee Myung-bak and his successor, Park Geun-hye, for two years beginning in March 2011.

Bae had previously received a three-year imprisonment from a district court and his sentence was reduced by an appellate court to an imprisonment of eight months suspended for two years.

But the Supreme Court ordered his retrial in September last year and sent the case to the Seoul High Court, saying his instruction related to the writing of online political comments constitutes an abuse of power. (Yonhap)