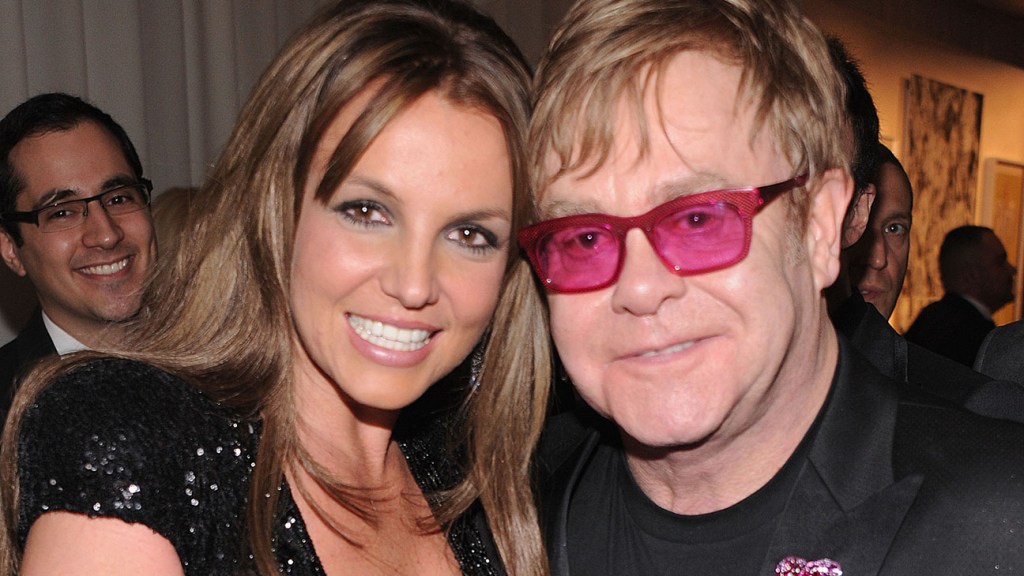 Britney Spears is celebrating after making her return to music following the release of her Elton John duet “Hold Me Closer.”

In a video posted on social media, Spears shared a message to John while speaking in a British accent. “Hello Sir Elton John, we are, like, number one in 40 countries. Holy shit,” she said.

Spears, who said she was in the bathtub while recording the video, continued to celebrate the song release by exclaiming that she was “about to go have the best day ever.”

When sharing the video on his own social media account, John said, “Hey Britney!! Thank you for this message. You’ve made my day!! Hope everyone has the best day dancing to our song!”

“Hold Me Closer” marks Spears’ first music release in six years — her previous release was the 2016 album Glory, which was rereleased in 2020 featuring three previously unreleased songs — and first since the end of her 13-year conservatorship. Following its release on Friday, the song — a mashup of John’s 1971 “Tiny Dancer,” his 1992 hit “The One” and and 1976’s “Don’t Go Breaking My Heart” — holds the No. 1 spot on iTunes in the U.S., while also reportedly in the top spot in other countries including England and Australia, as well as No. 1 on Spotify’s “Pop Up” playlist.

“I’m thrilled with the response to #HoldMeCloser I wanted to do a fun, happy summer track so was ecstatic when @britneyspears agreed to be a part of it! She truly is an icon, one of the all-time great pop stars & I love her dearly. I hope you all love it,” John tweeted Friday.

Prior to the release of “Hold Me Closer,” Spears thanked John for asking her to join him on the song and expressed feeling “overwhelmed” given the collaboration was a “big deal.”

“Okie dokie … my first song in 6 years !!!! It’s pretty damn cool that I’m singing with one of the most classic men of our time …@eltonjohn !!!! I’m kinda overwhelmed… it’s a big deal to me !!! I’m meditating more and learning my space is valuable and precious,” Spears tweeted.

In an interview published Thursday, John spoke about working with Spears on the song. “Everyone was saying they don’t think she can sing anymore,” he told The Guardian. “But I said, she was brilliant when she started so I think she can. And she did it, and I was so thrilled with what she did.”

Spears’ husband, Sam Asghari, shared the cover art for “Hold Me Closer” — which features childhood photos of both Spears and John — on his Instagram writing, “Proud husband moment!” He also shared a video of the song being played from his car’s speakers: “I will be listening to this all night!” He later shared a screenshot of the iTunes song rankings, which showed “Hold Me Closer” at the top of the chart. “Already #1,” he wrote.

Spears’ return to music was also celebrated by fans online with the hashtag #WelcomeBackBritney trending on Twitter.