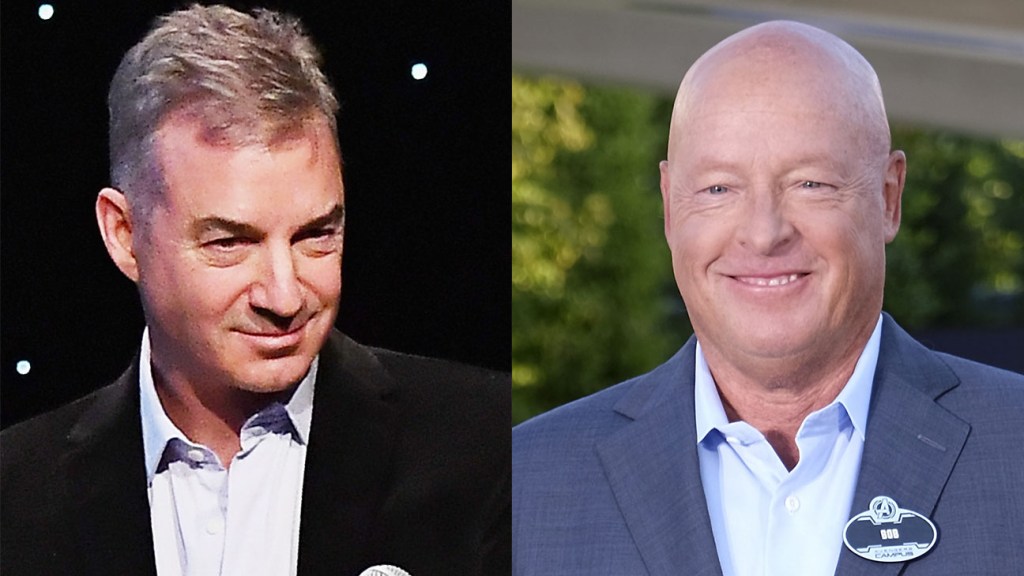 The last time Dan Loeb went to war with Disney over the company’s streaming strategy, he painted a picture of victory.

In October 2020, Loeb called on Disney to go “all-in” on streaming, and to halt its dividend and “double” its content budget.

Weeks after disclosing his 2020 stake in a letter to Disney CEO Bob Chapek, Loeb told investors in his Third Point hedge fund that the investment had proved “constructive.” Just a few months later, he took things a step further, telling Third Point’s investors that Disney’s response to his investment was “commendable” and that his suggestions have been “proven correct so far.”

“Disney has taken several important steps to accelerate the streaming transition since we initiated our position,” Loeb added, noting that he held talks with Chapek and CFO Christine McCarthy and left “impressed by their relentless pursuit of long-term value creation.”

Disney, Loeb told his investors in his letter a year ago, has become “one of our largest profit-generators” since the company accrued its stake.

This time around, Loeb is taking a different tack. Instead of investing in streaming, Loeb is asking Disney to slash costs, citing the company’s high expenses. And to sell or spin off “underperforming” assets, including ESPN, which he argues would benefit from being freed from the larger Disney universe (sports betting, anyone?).

He also argued that Disney’s board needed a “refresh” with new members.

But if Loeb’s 2020 Disney activism was framed as a success, his 2022 activism appears to be facing stiffer company opposition.

Consider the statement Disney released in response to Loeb’s letter, which began with the warm if generic “we welcome the views of all our investors” before touting the company’s strong return from the pandemic and adding “our independent and experienced Board has significant expertise in branded, consumer-facing and technology businesses as well as talent-driven enterprises. The Board has also benefited from continuous refreshment with an average tenure of four years.”

In 2020, Disney responded to Loeb’s letter by embracing many of his suggestions (how many of those ideas were in the works already before his letter is a separate question), and outlining its direct-to-consumer plans at an investor day.

The company never released a public statement, choosing to let its own executives outline their plans.

This time around, the quick public response, one that throws support behind Chapek and his leadership team, suggests that it won’t be such an easy road this time around.

While some of his ideas may have support from the company (figuring out what to do with Hulu is an obvious one), others are shaping up to be a tough sell.

With a relatively fresh board (younger than most similar companies), why exactly should Disney be eager to add more people?

And while Disney is said to have considered a spinoff or sale of ESPN last year, executives have since decided to stick with the sports media giant, riding its enormous cashflow as long as the pay-TV bundle can support it.

And while sports betting would have been a non-started just a few years ago, Chapek has signaled a willingness to go there more recently, telling analysts it could be a “very significant opportunity for the company.” (The Magic Kingdom in Disneyland and Disney World now offer alcoholic beverages, something else that in the past would have been seen as a no-go.)

Loeb is no stranger to the entertainment business, having pushed Sony to spin out certain assets (sound familiar?) and lean into its entertainment and gaming holdings.

Sony didn’t do exactly what Loeb wanted, but his January 2020 investor letter suggested that leadership there was open to discussions with him and his team, and he touted Sony as one of Third Point’s “top 5 winners” that year.

Disney’s share price is down by nearly 30 percent since Loeb touted Third Point’s winning bet a year ago. And many analysts think it is a prime candidate for a rebound, thanks to its strong position in streaming, its cash-generating legacy businesses and its theme parks, where demand appears to be far exceeding supply.

So while Loeb is publicly agitating for change, it’s also possible that the legendary activist may be playing the value investing game.