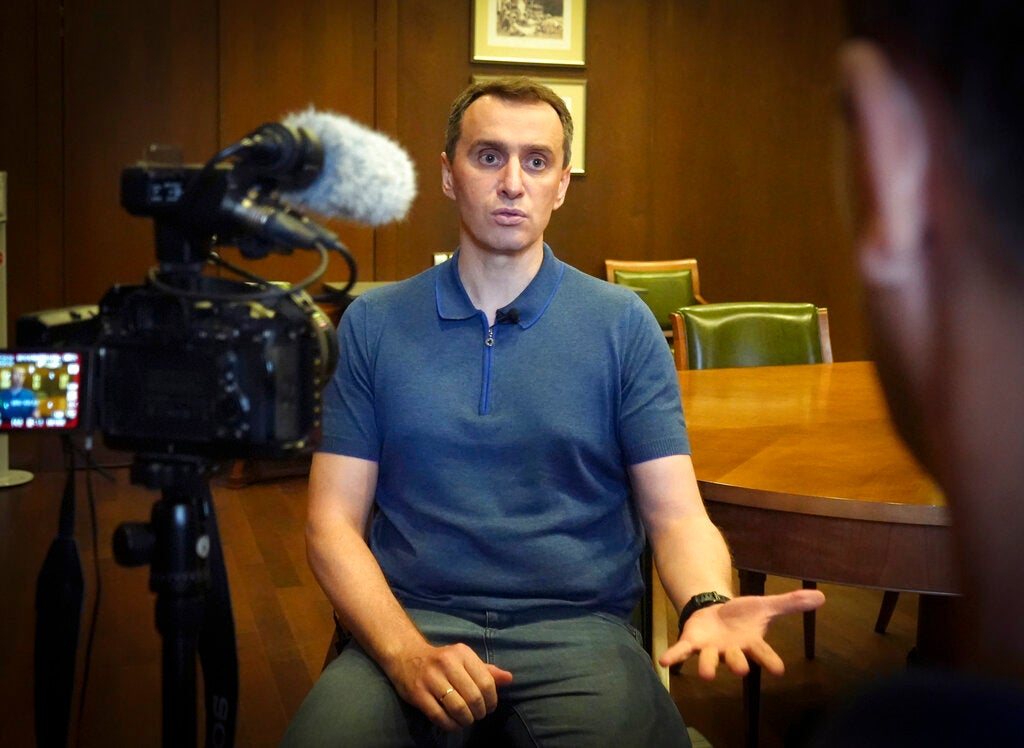 KYIV, Ukraine (AP) — Ukraine’s health minister has accused Russian authorities of committing a crime against humanity by blocking access to affordable medicines in areas its forces have occupied since invading the country 5 1/2 months ago.

“Throughout the entire six months of war, Russia has not (allowed) proper humanitarian corridors so we could provide our own medicines to the patients that need them,” Liashko said, speaking at the Health Ministry in Kyiv late Friday.

“We believe that these actions are being taken with intent by Russia, and we consider them to be crimes against humanity and war crimes that will be documented and will be recognized,” the minister said.

The Ukrainian government has a program that provides medications to people with cancer and chronic health conditions. The destruction of hospitals and infrastructure along with the displacement of an estimated 7 million people inside the country also have interfered with other forms of treatment, according to United Nations and Ukrainian officials.

The war in Ukraine has caused severe disruptions to the country’s state-run health service, which was undergoing major reforms, largely in response to the coronavirus pandemic, when Russian President Vladimir Putin ordered his troops to invade on Feb. 24.

The World Health Organization said it recorded 445 attacks on hospitals and other health care facilities as of Aug. 11 that directly resulted in 86 deaths and 105 injuries.

But Liashko said the secondary effects were far more severe.