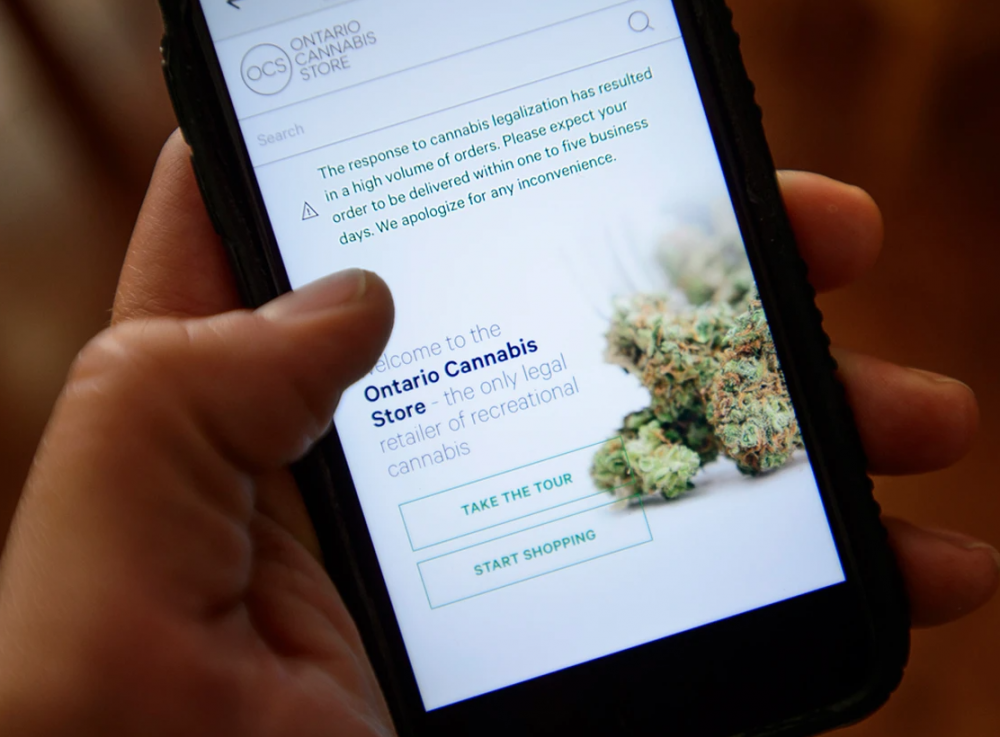 On Friday morning, OCS held a confidential teleconference with retailers hosted by Ontario Cannabis Store (OCS) President and CEO David Lobo, which was monitored by the National Post.

Word of the attack wasn’t made public until Monday.

The Ontario Cannabis Store, aside from operating the province’s only legal mail-order cannabis retail service, is also the sole-source wholesaler for licensed brick-and-mortar cannabis outlets, which are legally-obliged to only purchase their stock from OCS.

As soon as the cyberattack was detected Friday night, Lobo said Domain Logistics immediately pulled the plug until a full investigation could take place.

While the cyberattack left both consumer and wholesale orders in limbo, a limited number of deliveries, Lobo said, are being processed manually.

To keep stores stocked, temporary measures including an order cap of 30 cases per store and expanding delivery times from 6 a.m. to 10 p.m. were enacted.

As to why OCS waited until Monday to go public, Lobo didn’t go into much detail when asked during the meeting’s curated question-and-answer portion.

“We did out best to make sure that we were communicating to those stores with Saturday deliveries,” he said, as well as other retailers expecting stock deliveries throughout the weekend into early this week.

Inquires by the National Post on why OCS kept quiet weren’t answered by press time.

Other options, like allowing retailers to pick up orders from OCS’s distribution centre, weren’t feasible.

“In the time it takes to pivot to some of these options, we felt (manual orders) were the fastest way to get product out,” he said.

“There was energy put into other options, but ultimately the primary focus was getting things back up and running.”

Meanwhile, retailers large and small expect to feel the impacts for some time.

“We’re concerned by the length of time this is taking,” he said.

“We’re doing everything we can internally, through moving inventory from lower-volume stores to higher-volume stores, to ensure there’s no customer impact.”

Sam Gerges, who owns Toronto-area retailer MaryJane’s Cannabis, is pleased to see orders starting to return to normal, but said the incident is eroding trust between retailers and the OCS.

“This really shines a light on the market’s dependence on one delivery/wholesale partner,” he said.

“Hopefully over time the OCS can continue to be involved in the sales process while allowing delivery and logistics to be done by producers directly.”

By the end of 2021, legal sales amounted to less than 59 per cent of Ontario’s recreational cannabis market, according to OCS — and only outpaced illicit sales earlier that year.

Al Shefsky, founder of Body & Spirit Cannabis in Toronto, said it’s hard to have confidence in OCS’s continued reliance on such a fragile supply chain.

“It was entirely foreseeable that there could be a cyber attack that going to disrupt deliveries,” he said.

“One would think OCS would have taken steps to have backup plans or alternative arrangements, and ways of dealing with something that’s entirely foreseeable.”

The fact it got to this point, he said, explains waning trust between OCS and retailers.

Supply issues hit Shefsky’s downtown Toronto business particularly hard, as recent high-profile events had all but cleaned out his inventory.

“Our delivery was supposed to come Monday,” he said.

“We were at the lowest level of inventory that we’d ever been since we started more than two years ago.”

Situations like this, he said, disproportionally impact smaller retailers over independents, who don’t have the luxury of multiple locations to balance inventory.

With legalization so new, both Shefsky and other industry insiders say supply issues erode what little ground legal retailers have made against the black market.

“We recently released a report by EY that showed how hard it is to compete with the illicit market due to high taxes and markups like those applied by the monopoly Ontario Cannabis Store, and now we find out they can’t even fill orders and deliver product to 1,500 Ontario retailers battling on the front line for customers,” he said.

“Definitely not the ‘get ‘er done’ approach we were all promised.”