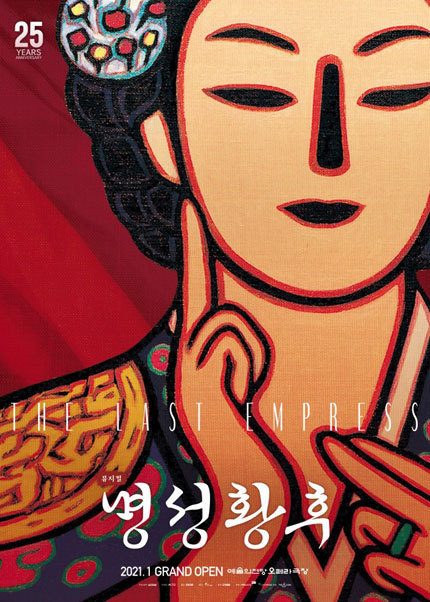 Compared to Broadway and the West End, which have become synonymous with musicals, South Korea’s musical industry remains small and stagnant at about 400 billion won ($307 million) a year. However, experts here said that Asia’s fourth-largest economy has developed musicals with its own distinct characters and hosts a unique audience and holds great potential, but only if it overcomes a myriad of challenges.

“The popularity other K-cultural products enjoy and the potential of musicals cannot be separated because many great musicals come from long-lasting popular stories and music. And South Korea is producing a wealth of its own notable stories in many forms, although it might take some time until these potential turns into reality,” Won Jong-won, a communications professor at Soonchunhyang University and a musical critic, told The Korea Herald.

An industry expert, who wishes to remain anonymous, also said that the only way for the country’s musical industry to surpass the current size is to create original musicals.

“The current market size is at its max, and that’s even after even heavily relying on K-pop stars and actors, without whom, it‘s difficult to sell tickets,” the source who only gave her surname Kim said. “The only way to grow out of the current market is to make original musicals and license them out to other markets.”

While Broadway and West End rely heavily on tourists to fill their seats, South Korea‘s devoted musical fans are locals who are eager to revisit the musicals time and time again.

This is because the musical industry has developed a unique casting system. Casting multiple actors/actresses to take on one role simultaneously has become the norm in the country’s industry. They also rely heavily on established K-pop stars and actors. Examples include Ok Joo-hyun, Park Hyo-shin, Kim Jun-su and Kyuhyun.

Creating original musicals has long been the ambition of musical production companies, and attempts to create original musicals seem to have continued since the success of “The Last Empress” in 1995. “The Last Empress“ is based on a historical novel by author Yi Mun-yol about Empress Myeongseong, the official wife of Gojong, the 26th king of Joseon and the first emperor of the Korean Empire.

Many attempts have been made to replicate the success, including “Queen Seondeok,” based on a TV drama hit with the same title and “Arirang” based on Jo Jeong-rae’s novels in the 2010s, though these productions did not receive a second run.

EMK has taken a different strategy – using a foreign creative team and popular stories in the West, such as “The Man Who Laughs,” based on Victor Hugo’s novel of the same name, and Mata Hari, which is based on the story of the famous Dutch spy during World War I.

EMK recently announced “Oceans,” based on the story of war hero Jang Bo-go from the Silla Kingdom.

These attempts at creating a musical based on popular stories with global creative teams are sometimes criticized as not being authentically Korean. Won said we need to change our view on what are original or licensed musicals.

“In this modern world of rapid globalization, we don’t want to work just with local people for the sake of remaining within the confines of what is considered Korean.”

The quest for creating original musicals is not difficult to see. Just this year, “Crash Landing on You,” based on a popular TV drama featuring Hyun Bin and Son Ye-jin is set to take the stage in September. ”Seopyeonje,” based on a 1993 movie with the same title, will hit the local theater this week.

There is an industry joke that the only ones who make money in musicals are foreign license holders and popular actors who get hefty paychecks.

Won and Kim said that Korea’s musical industry has a myriad of challenges in utilizing the potential that rich K-content can offer.

The huge difference in paychecks amount between lead actors and ensemble should be adjusted for the long-term growth of the industry, Won said, adding that there should be a cap on actor salaries which also pushes up ticket prices.

“In South Korea, a long-term project is almost impossible because there are not many theaters dedicated to musicals. It pushes up production costs and hurts the long-term survival of smaller productions,” Won noted.

“The government should support smaller productions so that creators can have various attempts with abundant content resources,” Won noted.

In commemoration of The Korea Herald’s 69th anniversary on Aug. 15, The Korea Herald has prepared a series of features delving into the phenomenon of Korean-made content influencing global contemporary culture and trends. Is it a one-off occurrence or is it here to stay? Can South Korea claim pride in the works of its creative minds as a nation? The Korea Herald expounds on the past and present of the Korean Wave and its prospects for the future. – Ed.