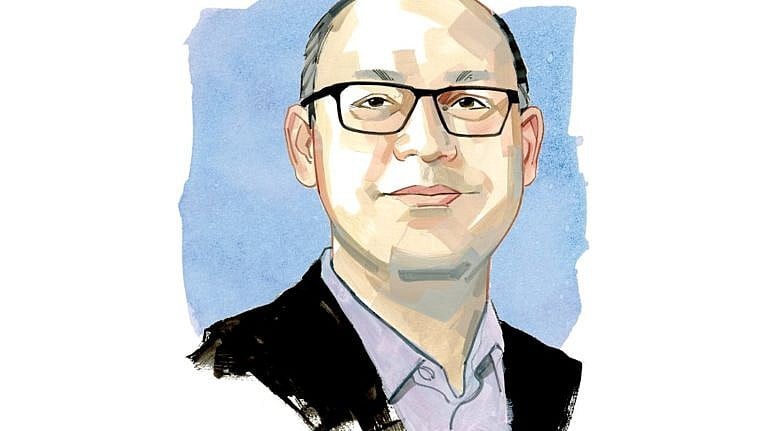 With skyrocketing rates, and inflation recently hitting a 38-year high, this is the moment for Canadians to take stock of their debts

In June, the Bank of Canada made an announcement that sent shockwaves through the housing market. It hiked its key interest rate to 1.5 per cent, hinting at more aggressive increases to come. It soon delivered on its promise. In mid-July, the key rate was raised to 2.5 per cent. The decision makes sense: Canada isn’t just experiencing high inflation; it’s experiencing persistent and volatile inflation, at levels we haven’t witnessed in almost 40 years. A pandemic plus supply constraints plus excess demand—plus a labour shortage? Economically, it’s a perfect storm. The bank is trying to cool things down.

When the key rate rises or falls, the interest rates of banks and other financial institutions generally follow suit. This affects the lending and mortgage rates offered to home buyers and mortgage holders. Homeowners may have been able to buy property at attractively low mortgage rates during the pandemic, but they’re looking at much higher monthly payments for at least the next two years. According to a recent Manulife survey, close to a quarter of Canadian homeowners say they will have to sell their properties if interest rates continue to climb. There is also a looming recession, which could spell disaster for already overextended owners, many of whom might struggle to access credit to help cover payments—particularly if they lose their jobs. What concerns me is that today’s housing market shares many of the same attributes that contributed to the recession of the 1990s: rapidly rising home prices and the cheap, abundant credit that comes with permissive lending standards. We need an overhaul—and fast—to avoid the pitfalls of the past.

Canadians have endured a chronic housing shortage for more than 30 years, and the Canada Mortgage and Housing Corporation estimates that roughly six million housing units will need to be built by 2030 to make things more affordable. The government must also tighten the lax lending standards of some Canadian financial institutions. Once upon a time, 30 per cent of your income was the acceptable maximum to service your mortgage debt, according to the big banks. But in short order, a wave of alternative lenders have entered the market, some of which tolerate debt-service ratios as high as 50 per cent. These shadow banks, as they’re sometimes called, need to adhere to the 30 per cent maximum of yesteryear. Some homeowners may not be able to get approved for a mortgage, but they’ll be protected from debts they won’t be able to pay down.

Requirements like these are especially important when banks consider providing credit to Canadians who treat their homes like ATMs, leveraging their equity to buy more properties. In 2017, approximately two million mortgage holders extracted $89 billion of equity from their homes. Speculators are building a debt-laden house of cards that can come tumbling down during an economic downturn. Some of them need to be reined in.

These stricter debt-to-income standards should be accompanied by tougher stress tests, which are applied to loan applicants’ finances to calculate their ability to deal with debt at different interest rates. Since mid-2021, the Bank of Canada’s mortgage stress test rate has been set at the contract rate plus two per cent, or 5.25 per cent—whichever is higher. The current stress tests weren’t nearly strict enough to deter homeowners who shouldn’t have taken on their current debt levels. It’s easy to see that now.

It would also help to address Canada’s substantial financial-illiteracy problem. A TD Real Estate survey released in June found that a quarter of Canadians don’t have a solid understanding of the impact of rising rates; a whopping 40 per cent can’t differentiate between variable and fixed interest rates. Outside of post-secondary finance programs, we don’t properly teach people about the intricacies of the economy and how it affects their wallets. For example, 70 per cent of mortgage holders typically opt for a five-year fixed mortgage rate, while 30 per cent choose a variable rate. In the past six months, we’ve seen more people gravitate toward the cheaper variable rates. These might be more affordable in the short term—and even in the long term, if the economy is stable. But if we end up in a volatile recession, homeowners who selected a variable rate will likely be paying much more than they bargained for.

Market nuances are difficult to understand without proper financial education, and, especially now, not everyone can afford consultants to provide it. A few provinces have introduced compulsory financial courses at the elementary- and secondary-school levels. Rolling this out with more consistency across the country would help future homebuyers deal with the economy’s ups and downs. It’s unclear whether Canada will fall into a recession in the coming months, but I don’t foresee any reprieve in the short term. The main hope is that the housing market will experience a soft landing as it falls from its sky-high peak of the past few years. I’m skeptical, to be honest. Historically, drastic action by central banks can result in massive economic slowdowns. But if Canada sticks to the status quo, we will continue to perpetuate the predictable crises of our boom-and-bust housing cycle.