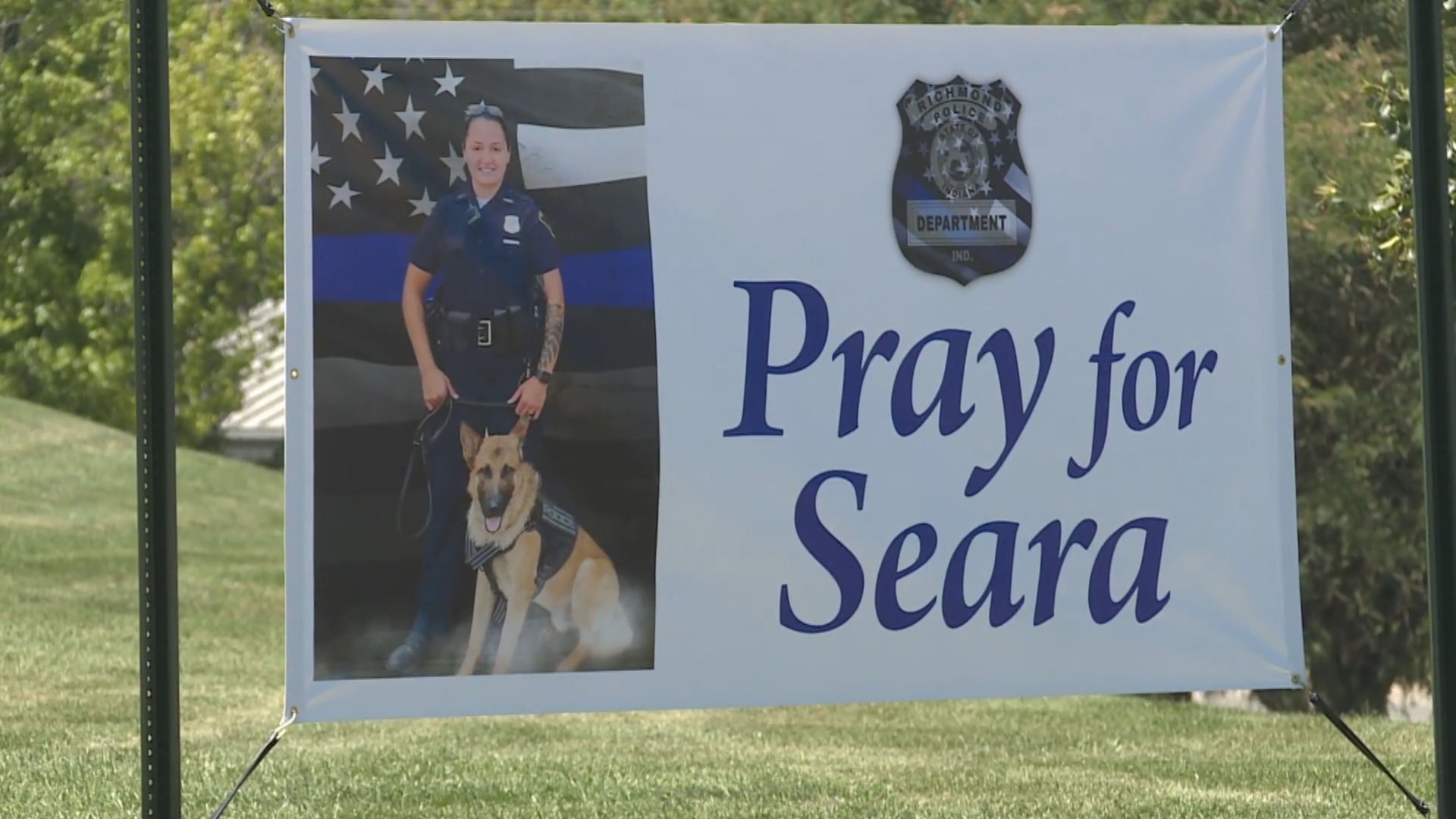 The charges include the attempted murder of officer Seara Burton, 28, a four-year member of the Richmond Police Department.

Police said Friday that Burton remained in extremely critical condition at a Dayton, Ohio, hospital after suffering a gunshot wound to her head. She has not regained consciousness and is still fighting for her life.

Burton and other officers were making a traffic stop of a moped in a residential area about 6:30 p.m. Wednesday when Phillip M. Lee, 47, of Richmond, drew a weapon and fired multiple times at Burton, state police say. The assisting officers at the scene returned fire, and Lee fled on foot until he was caught by the police.

According to court documents, the Richmond Police narcotics unit spotted Lee make what appeared to be drug deal about 6 p.m. Wednesday

Thirty minutes later, police pulled Lee over in front of his home located near North 12th and North C streets. That’s when Burton, who was with her police dog, was called.

According to investigators, the police dog detected drugs in Lee’s moped and that’s when Lee drew his gun and began firing multiple shots. Police believe he was aiming for the heads of the two officers.

Investigators say Burton was shot once in the head. Another officer narrowly missed getting shot in the head.

Police ran after Lee as he headed toward his apartment. Once there, he exchanged gunfire with officers, and was shot on his porch.

On Friday, the Richmond community continued to pray for the best for Burton. Jayma Wilburn said, “We’re just so sorry for what happened to Seara, and she’s on everyone’s heart and mind every day and we’re all praying for her continually for her recovery and we’re just so sorry that this happened. We would never expect this kind of violence in Richmond, Indiana.”