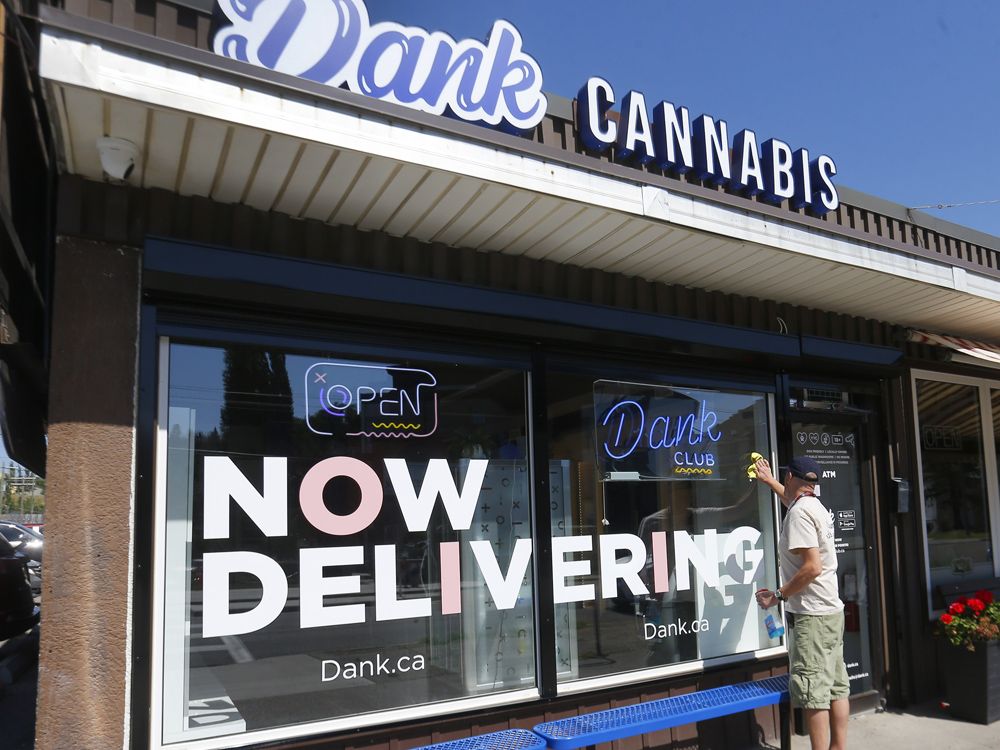 With Alberta taking action to slow an epidemic of burglaries and violent cannabis store robberies, industry observers are hoping Ontario will follow suit.

On Tuesday, Alberta Gaming, Liquor & Cannabis (AGLC) issued a memo to retailers striking down regulations requiring stores to cover their windows, allowing store interiors be visible from outside.

“AGLC is deeply concerned about the rise of violent robberies at Alberta retail cannabis stores,” read a statement sent to the National Post.

“We have been working with retailers and law enforcement partners to understand options and increase safety for the public, employees and responding police officers.”

AGLC warned retailers not to take the rule change as an excuse to fill their storefronts with outward-facing promotional displays, as federal rules on promoting cannabis to minors are still subject to enforcement.

While Alberta retailers are praising the decision, others around Canada are hoping their provincial governments follow suit.

“Alberta is not the only province to see an uptick in cannabis store robberies in recent years,” he said.

“Because employee safety is a paramount concern for us we encourage other provinces, including Ontario, to do the right thing and follow Alberta’s lead.”

“Complying with this regulation meant that most licensed cannabis stores in the province have been forced to black out exterior windows, making them prime targets for criminal elements,” Khan said.

“Tuesday’s news is a win for our employees’ safety, and our ability to continue pushing back against illicit market operators.”

Alena Jenkins, who owns Calgary’s FivePoint Cannabis, was likewise pleased with the decision.

“Having that frosting up is dangerous for employees on the inside, as well as not contributing to the classic principle of ‘eyes on the street’ on the exterior as well,” she said.

“We’re elated to hear that logic has won.”

Jenkins is a longtime opponent of the opaque window rules, and two years ago removed the frosting on her shop’s front door to improve visibility and safety for her employees and community.

In April, the Alberta Cannabis Council — an advocate for the province’s licensed retailers and of which Jenkins is a board member — drafted a letter to AGLC urging them to reverse course on frosted windows, citing the uptick in crime.

That letter came within days of Retail Cannabis Council of Ontario (RCCO) president Adam Vassos telling the Toronto Sun that the rise in retail robberies were causing shop owners to worry over the safety of their employees.

The three men face nearly 50 burglary-related charges in connection to the break-ins.

Recreational cannabis in Ontario are overseen by the Alcohol and Gaming Commission of Ontario (AGCO,) which in turn is supervised by Ontario’s Ministry of the Attorney General.

Inquiries to Ontario’s Ministry of the Attorney General were directed to the AGCO, who didn’t reply to the National Post’s questions by press time.

Licensed cannabis retailers across Canada have long warned of the dangers of opaque window coverings — and Jenkins said the time’s come for other provinces to follow Alberta’s lead.

“The reasons why these were put into place was for the safety of children, but we’re now talking about the physical safety of staff, patrons and the general public outside,” she said.

“It definitely needs to happen.”