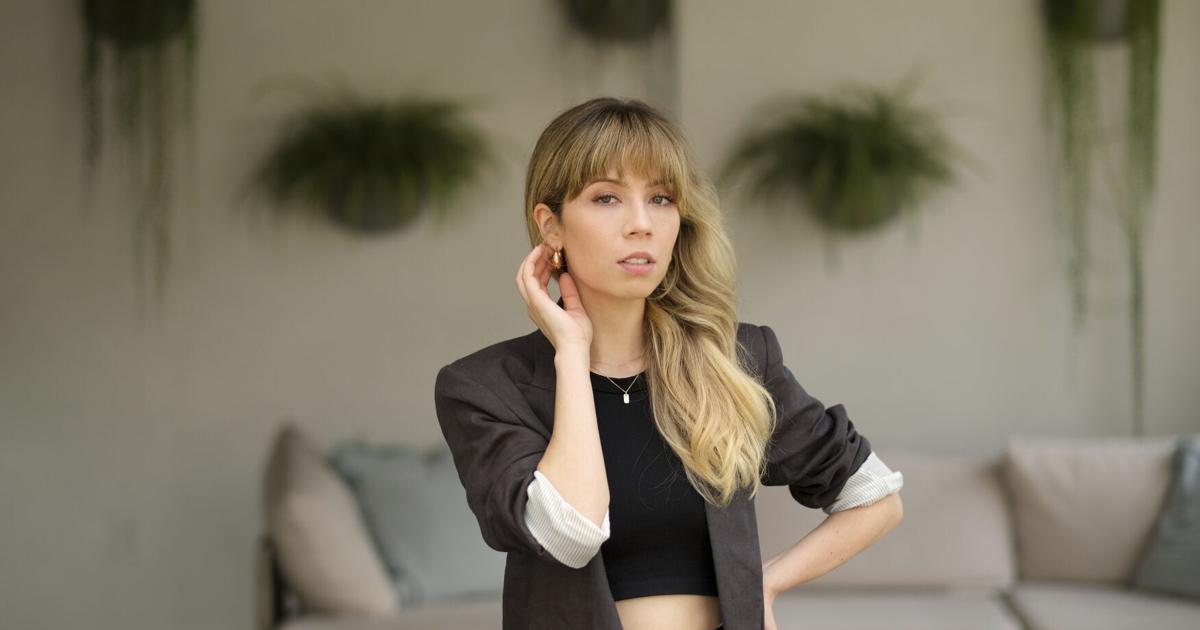 Here’s a look at trending topics for today, Aug. 10:

Jennette McCurdy is well-aware the title of her new book, “I’m Glad My Mom Died,” (Simon & Schuster) is attention-grabbing. She also readily admits that she means every word. “It’s something that I mean sincerely, I’m not saying it to be flippant.”

McCurdy, who co-starred in Nickelodeon shows “iCarly” with Miranda Cosgrove and its spin-off “ Sam & Cat ” opposite Ariana Grande, hopes readers will understand why she makes such a bold statement,

“I hope that readers feel that by the end of it, ‘this makes sense.’”

Find out more about it here:

Prices rose more slowly in the Northeast in July than the rest of the nation, helped by slowing housing costs, the U.S. Department of Labor reported Wednesday.

The Labor Department reported the consumer-price index rose 8.5% in July from the same month a year ago, down from 9.1% in June, which marked the fastest inflationary pace since November 1981.

In the Northeast, prices rose 7.3% in July, or 1.2 percentage points less than the rest of the country. Price changes varied among different items.

The CPI measures what consumers pay for goods and services.

A Nebraska mother and her 18-year-old daughter are facing multiple charges in a case that involved police obtaining Facebook messages between the two that authorities allege show evidence of an illegal self-managed medication abortion, as well as a plan to hide the remains.

Norfolk police began investigating Celeste Burgess and her mother, Jessica Burgess, in late April following concerns Celeste had prematurely delivered a stillborn fetus, according to court documents. After the two were initially charged, law enforcement continued to investigate and obtained Facebook messages between Celeste and Jessica that appear to make reference to abortion pills and burning “the evidence,” according to a copy of the conversation — which is now being used in the case — contained in court filings.

Donald Trump says he invoked the Fifth Amendment and wouldn’t answer questions under oath in the long-running New York civil investigation into his business dealings. Trump arrived at New York Attorney General Letitia James’ offices Wednesday morning, but sent out a statement more than an hour later saying he declined to answer the questions under the rights and privileges afforded to every citizen under the United States Constitution.” Anything he said during the deposition could have been used against him in a criminal case, if one ensues. While James’ investigation is civil in nature, the Manhattan district attorney is running a parallel criminal probe.

Whether an FBI search of Donald Trump’s Mar-a-Lago residence is a prelude to criminal charges is unknown — especially unclear since other investigations into mishandling of classified information have ended without prosecution or in misdemeanor plea deals. The search focuses new attention on the thicket of statutes that govern the handling of government records. Much remains uncertain about Monday’s search, including what precisely the FBI was looking for and why it acted when it did. The Justice Department has been investigating the discovery of classified material in 15 boxes of White House records that the National Archives and Records Administration recovered from Mar-A-Lago earlier this year.

President Joe Biden has signed veterans health care legislation that ends a long battle to expand benefits for troops who served near toxic “burn pits.” The ceremony Wednesday at the White House was a personal matter for Biden. His son Beau was a major in the Delaware Army National Guard, and he died of cancer after his service in Iraq. Burn pits were used in Iraq and Afghanistan to dispose of chemicals, cans, plastics, medical equipment and human waste. The legislation will help veterans get disability payments without having to prove their illness was the result of their service. Other health care services will be expanded as well.

Businessman Tim Michels has won Wisconsin’s Republican nomination to take on Democratic Gov. Tony Evers. Tuesday’s primary sets up a high-stakes contest that could reshape how elections are conducted in the marquee battleground. Michels was endorsed by former President Donald Trump. He defeated former Wisconsin Lt. Gov. Rebecca Kleefisch, who had support from former Vice President Mike Pence. Michels promised to stand up for people who “have been left behind by the Democratic Party,” while Evers’ campaign called him “the most extreme and divisive nominee possible.” Earlier Tuesday, Wisconsin Lt. Gov. Mandela Barnes won the Democratic U.S. Senate primary and will face Sen. Ron Johnson.

Rep. Ilhan Omar of Minnesota won a closer-than-expected Democratic primary race against a centrist challenger who questioned Omar’s support for the “defund the police” movement. Another progressive, Becca Balint, won the Democratic House primary in Vermont, positioning her to become the first woman representing the state in Congress. And in Minnesota, Republican Brad Finstad was headed to Congress to serve the remaining months of the late Rep. Jim Hagedorn’s term. A key race also unfolded in western Wisconsin, where Democratic Rep. Ron Kind’s retirement after 26 years in office opens up a seat in a district that has been trending Republican.

Democratic Gov. Tim Walz and Republican challenger Scott Jensen scored easy victories Tuesday in their primaries to set the stage for their fall matchup in Minnesota’s top race this fall.  Meanwhile, business lawyer Jim Schultz won the GOP primary to take on Democratic Attorney General Keith Ellison. Walz is seeking his second term under the same “One Minnesota” slogan he used four years ago, but in a more polarized environment. Jensen and the GOP are seeking to turn his management of the COVID-19 pandemic against him. Both men easily overcame little-known or perennial candidates to formalize a race that’s been underway for months. In the Republican attorney general primary, Schultz beat Doug Wardlow, who narrowly lost to Ellison in 2018.

Leora Levy, a first-time candidate who was endorsed by former President Donald Trump, has won the Republican primary for U.S. Senate in Connecticut. Levy, a member of the Republican National Committee, will face U.S. Sen. Richard Blumenthal in November, trying to unseat the Democrat in a state that hasn’t sent a Republican to the Senate since in more than 30 years. Levy’s victory Tuesday came over the party establishment’s favored candidate, former state House Minority Leader and social moderate Themis Klarides. She also defeated a fellow conservative, immigration attorney Peter Lumaj. Levy is 65, and immigrated to the U.S. from Cuba as a child. She now lives in Greenwich.

Rep. Jaime Herrera Beutler conceded her race in Washington state’s top two primary for the 3rd Congressional District. The six-term incumbent was one of two Republican members of Washington’s congressional delegation who voted to impeach former President Donald Trump and drew an intraparty challenger. Trump had endorsed former Green Beret Joe Kent, who was leading Herrera Beutler after several days of vote counts. The district is in southwest Washington, across the border from Portland, Oregon.

U.S. Rep. Scott Perry says his cellphone was seized Tuesday by FBI agents carrying a search warrant. The circumstances surrounding the seizure were not immediately known. The Pennsylvania Republican says three agents visited him while he was traveling Tuesday with his family and “seized my cell phone.” Perry has been a figure in the congressional investigation into President Donald Trump’s actions leading up to the Jan. 6, 2021, Capitol insurrection. Former senior Justice Department officials have testified Perry had “an important role” in Trump’s effort to try to install Jeffrey Clark — a top Justice official who was pushing Trump’s baseless claims of election fraud — as the acting attorney general.

A fear of attacks that had rippled through communities nationwide after the fatal shootings of four men in Albuquerque, New Mexico, gave way to shock and sadness when it turned out the suspect in the killings was himself a Muslim. New Mexico court documents say that the suspect in the killings denied any connection to the crimes. But investigators say they have ample evidence to prove his guilt, though they have yet to uncover the motive. The first ambush-style shooting occurred in November and was followed by three more between July 26 and Aug. 5.

Actor Anne Heche remains hospitalized and on a ventilator to help her breathe, four days after she was injured in a fiery car crash. A spokeswoman for the actor says she slipped into a coma and is in critical condition. Heche has what the spokeswoman called “a significant” lung injury, and burns requiring surgery. Last Friday in Los Angeles, Heche’s car smashed into a house. Flames erupted, and Heche was pulled by firefighters from the vehicle embedded in the house. Heche, who has appeared on TV and in films, was alone in the car when it crashed. No one else was reported injured.

Serena Williams is famous for her 23 Grand Slam singles titles. That is more than any other tennis player accumulated in the sport’s professional era, which began in 1968. But mere numbers can’t capture everything Williams has represented during a distinguished career that began when she was a teenager in the 1990s and is remarkable for not just the successes but also the longevity, including a record 10 major championships after turning 30. What Williams has done without a racket in her hand is also rather noteworthy, whether it was her off-court interests or her stands on key issues in tennis and society at large.

The World Cup in Qatar could start one day earlier than scheduled. A person familiar with the proposal tells The Associated Press that FIFA is looking at a plan to let the host nation play Ecuador on Nov. 20. The person says a decision could be made within days by a committee comprised of FIFA president Gianni Infantino and the heads of the six continental soccer bodies. The proposal has been favored by Qatari officials and South American soccer body CONMEBOL. The World Cup is set to open on Nov. 21 with the Netherlands facing Senegal.