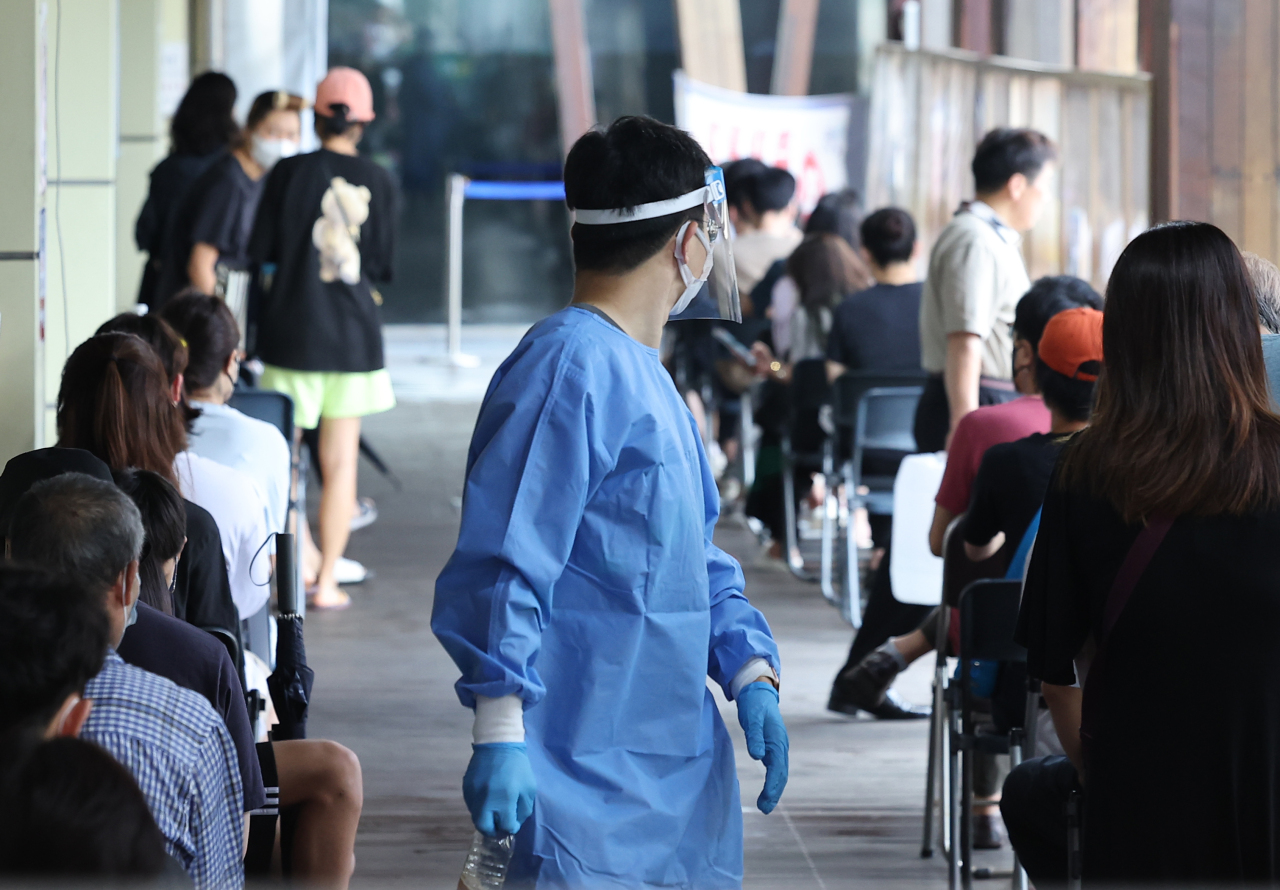 “The speed at which COVID-19 spreads is accelerating again,” Lee Ki-il, a deputy health minister, said during a COVID-19 response meeting on Wednesday.

The country added 151,792 new COVID-19 cases during the 24 hours of Tuesday, according to the Korea Disease Control and Prevention Agency. Of the new cases, 615 were from overseas.

Lee said the reproduction rate last week came to 1.14, decreasing for the third consecutive week, but there are still many other risks that can fuel the ongoing resurgence. “The KDCA currently expects the resurgence to peak at some 200,000 during August,” Lee added.

Health authorities, on June 18, anticipated that the resurgence would peak at around 280,000. However, they lowered their anticipation to 200,000 during the same month and 150,000 earlier this month.

The KDCA on Wednesday, however, changed its projection once more as the number of daily cases started to surge in line with the summer holiday season here.

Lee added the government would increase support for people who are going through mental health issues due to the prolonged pandemic. “Indicators that show mental health of the public improved after lifting of social distancing rules, but the proportion of people who have shown the risk of developing depression and suicidal thoughts has increased by five times and three times, respectively,” Lee said.