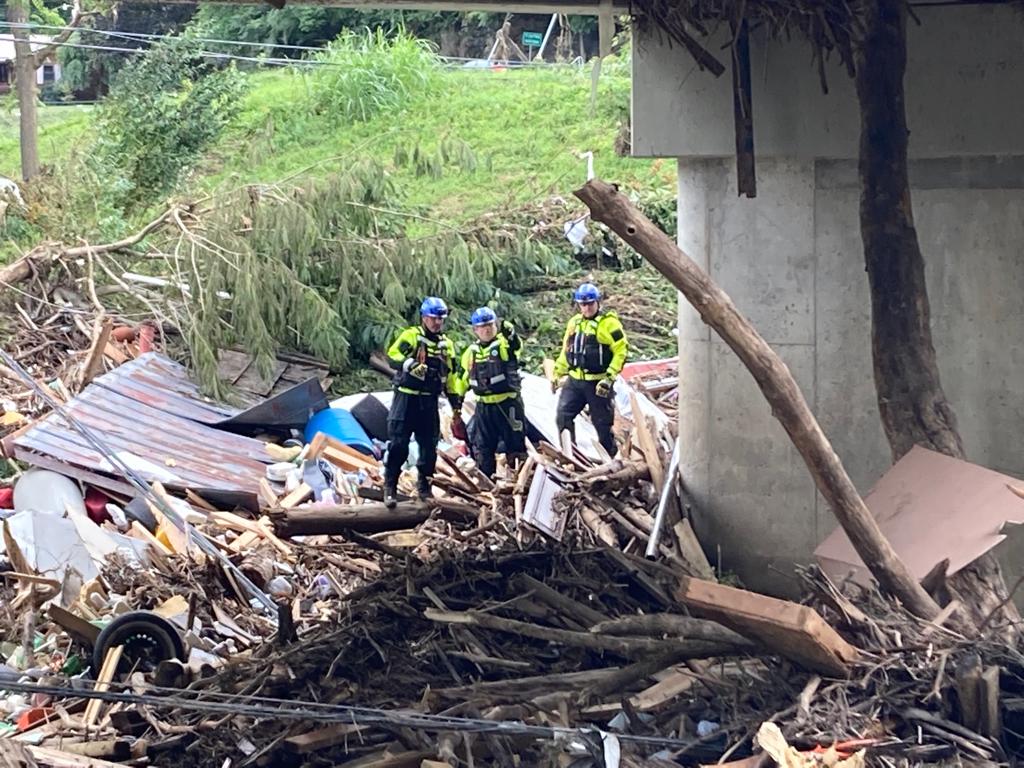 INDIANAPOLIS (WISH) — More rain is expected in flood-ravaged areas of eastern Kentucky, where Indiana Task Force 1 has been stationed since its deployment July 28.

Meteorologists say there is a flood watch until 8 p.m., however, they only expect up to an inch of rain in most places.

Indiana Task Force 1 is currently on standby for the possibility of more search and rescue efforts. The group has spent almost two weeks searching four counties in the area after massive flooding that killed at least 37 people and displaced thousands more.

All 59 members of Indiana Task Force 1 are about an hour from the heart of the heavily-damaged area, making sure all of their equipment is ready if eastern Kentucky once again floods, according to Jay Settergren, task force leader and battalion chief with the Indianapolis Fire Department.

“The area is completely ravaged, and when that storm hit it took out a lot of the resources in that area, so they don’t have the same responsive capabilities as they did before the storm. So the governor has requested us to basically stand by until this next big round of rain goes through, just in case they need us to go back in there and affect any additional rescues,” Settergren said.

“The problem is, people have gone back into their homes to try to salvage what they can. There are no communications up there — so it is very dangerous for them to be up there when the weather comes in.”

Crews say the area is extremely saturated, so any rain is a risk.

Settergren says a typical deployment lasts seven to 10 days, so the current mission is longer than usual. He and other crew members say the devastation in Kentucky is hard to fathom and pictures and videos don’t do it justice.

“Just the sheer amount of water that went through some of those small little areas. We are talking 30 feet high and several hundred yards wide,” Settergren said. “Everything is saturated. When you go look at that area, it is just unbelievable–there is just…it has cleaned everything out, basically. So, it was very devastating to them. Pictures don’t do it, you know, any justice… it is truly very devastating.”

Indiana Task Force 1 will either resume search and rescue operations after the rainy weather or be released back to Indiana by the end of the week.