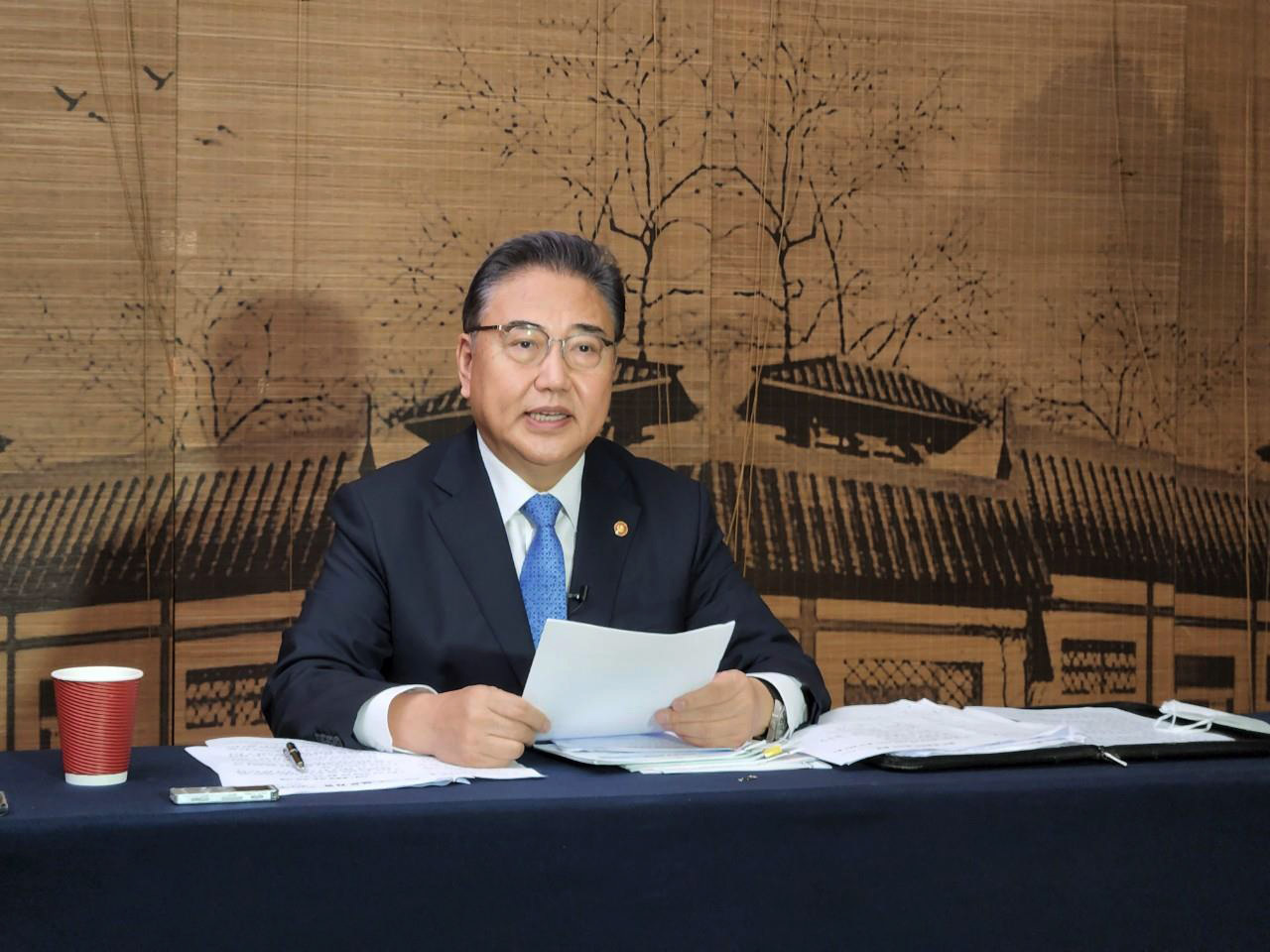 The top diplomats of South Korea and China met this week, and agreed that bilateral relations should be reinvigorated into a more stable and mature one, for the two countries to become “strategic partners.”

While the meeting between South Korean Foreign Minister Park Jin and his Chinese counterpart, Wang Yi, on Tuesday was conducted in an “amicable” mood, its outcome may only just be no more than a reiteration of differences on some of the fundamental problems that stand between the two countries.

“Regarding the THAAD issue, I made it clear that it is our self-defense measure in response to North Korea’s missile and nuclear threats, and that it is our sovereignty,” Park said in a press conference held in Qingdao, China, on Wednesday. Park embarked on his first official trip to China since he took office, and was to return to Korea on Wednesday.

A high-ranking official of Seoul’s Foreign Ministry also explained that Park told Wang that the so-called “Three Nos” policy is not legally binding, and reiterated that it is only a stance adopted by the former Moon Jae-in administration.

Park also reportedly told Wang that China’s insistence on bringing up the “Three Nos” policy would only worsen their impressions of each other and become an obstacle between the two countries.

“The two sides (South Korea and China) agreed that THAAD should not become a stumbling block affecting the bilateral relations,” Park said in the press conference.

The Three Nos policy refers to an approach taken by the Moon administration, to not deploy additional THAAD anti-missile system in Korea; to not participate in a US-led missile defense network; and to not get involved in a trilateral military alliance with the US and Japan.

“I want to point out that the US’ deployment of THAAD in Korea clearly hurts China’s strategic security interest and that, we have relayed our concerns to Korea several times,” Chinese Foreign Ministry Spokesperson Wang Wenbin said in the regular press conference on Wednesday.

China has demanded that the Yoon Suk-yeol administration, which came into office in May, to uphold this policy, describing it as an agreement forged between the countries.

In one of the two press releases on their foreign minister’s meeting with Park, the Chinese Foreign Ministry said the ministers exchanged “in-depth” views on the THAAD issue, and that efforts should be made to “properly handle” the problem.

“(Wang and Park) exchanged in-depth views on the THAAD issue, expounded their respective positions, and agreed that each other’s security concerns should be taken seriously, and efforts should be made to properly handle them,” the Chinese Foreign Ministry said.

“They agreed (that the THAAD issue) should not become a stumbling block affecting the relationship of the two countries.”

In the bilateral talk, Wang told Park that China and South Korea are neighbors who share common security, and are partners in need. He also stressed the two countries should pursue openness and win-win principles, and jointly work to maintain smooth supply chains and not interfere in each other’s internal affairs, according to China’s Foreign Ministry.

As Park’s messages sought to strike a balance between China and the United States, Wang’s remarks showed China’s concerns on Seoul’s efforts to build a stronger alliance with the US.

In an apparent reference to its strategic rival United States, Wang said some countries “politicize the economy, instrumentalized trade, and weaponized standards, undermining the stability of global production and supply chains.”

Cautioning against South Korea’s possible joining of a semiconductor group dialogue spearheaded by the US, Wang said Beijing and Seoul should jointly resist such acts of market violation and together maintain the security and stability of production and supply chains.

China views the so-called “Chip 4” grouping as an attempt by the US to set up a semiconductor barrier against its mainland.

Chung Jae-heung, a researcher at the Sejong Institute, said the bilateral meeting was an event where they only reaffirmed their differences.

“THAAD will be the biggest sticking point that comes in between the two countries, and it would be directly linked to North Korea’s nuclear issues as well,” Chung told The Korea Herald.

“Before addressing other issues of cultural exchange and business, THAAD and diplomacy issues should be properly handled, or they will be the detonator. Fundamental problems should be resolved or the bilateral relations would just be caught in a vicious cycle.”

During the meeting with Wang, Park also invited both Chinese President Xi Jinping and Wang to Korea.

“Korean presidents have visited China five times in the past 10 years, when President Xi has come to Seoul only once. This shows an asymmetry in diplomacy,” Park added.

South Korea has suggested action plans to strengthen bilateral ties and to newly launch or revive high-ranking official dialogues, including a “2+2 meeting” of vice ministers of Foreign and Defense Ministries.