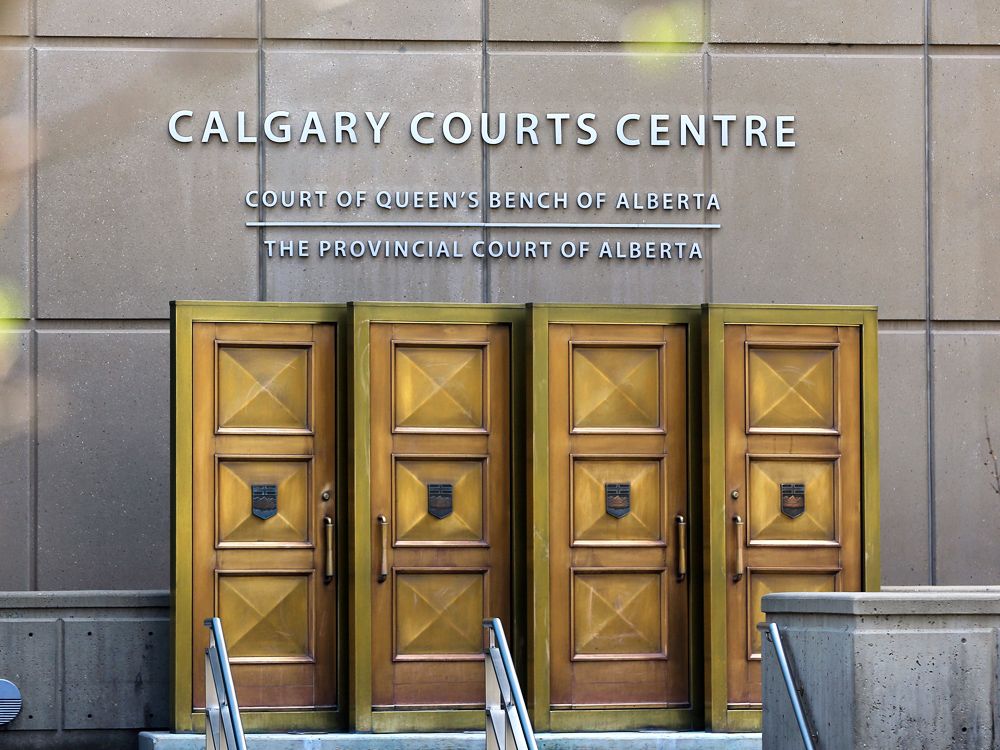 Crown prosecutors in Alberta won’t have to worry about paying a $900 trillion lawsuit claim by an aggrieved man who sued over an alleged mistrial and bullying in the courtroom.

Neither will the province have to find $900 trillion and enforce a restraining order to forever keep every government worker 200 metres away from the same man; nor will his landlords face his demand for $900 trillion and a court order to “get the f–k out to my face.”

A judge noted the financial claims in a wave of lawsuits by the same man are astronomical: “I may take judicial notice that this amount is vastly more than Canada’s entire annual gross domestic product, of about $1.64 trillion.”

All five unusual lawsuits filed in court by the same self-represented Calgary man have been declared an abuse of process and thrown out of court.

The lawsuits were part of “a broader pattern of bad litigation conduct” by Raven Wolf, according to a judgement by John Rooke, associate chief justice in Calgary.

The series of court motions, filed by Wolf from April to July, were apparently self-written and are certainly non-standard legal documents.

Each was identified by the Court of Queen’s Bench of Alberta as part of a growing trend of bizarre claims that ignore legal language, process, and precepts — and often the law itself.

Some of Wolf’s actions complained of government demands for him to pay taxes, the high cost of food and gas due to the “covert 19th of virus,” non-specific “corruption and abuse,” irregularities in payments to him under the province’s Assured Income for the Severely Handicapped, and many disputes with landlords at the mobile home park where he lives.

The lawsuit against Crown prosecutors came after a criminal case at which Wolf pleaded guilty and did not appeal, court heard. “I suffered of Physical and Medical and Financial injuries,” he said in that suit.

His court actions were each identified as “Apparently Vexatious Applications or Proceedings” (AVAP), and Wolf was instructed to tell the court how the respondents could make a meaningful response to the claims, are not prohibited, and do not seek excessive or impossible remedies.

Wolf ignored the judge’s directions, according to the court.

Alberta courts enacted the AVAP process in 2019 to reduce court time spent on “a deluge” of court claims that appear to be unmeritorious, have no prospect of success, or are otherwise “abusive and vexatious.”

The types of litigants typically involved in these types of cases was outlined in the 2018 case that led to the creation of the AVAP process, called Unrau v National Dental Examining Board.

“Some are mentally ill. Others become fixated on issues which then consume them, as querulous paranoiacs. Some abusive litigants’ court activities are a consequence of their beliefs or ideology. The Organized Pseudolegal Commercial Argument litigants are an example of that.

“Their paranoid and conspiratorial anti-government and anti-institutional beliefs lead them to reject their obligations under Canadian law, and attack those who offend their sensibilities. Other abusive litigants misuse court processes for profit.”

The same judge dealing with Wolf’s cases recently rebuked a multi-millionaire Calgary heiress for using “pseudo-law” concepts to try to avoid paying the mortgage on her condo. Rooke called her a “litigation terrorist.”

Wolf’s court actions were recently declared “hopeless and abusive litigation” because they do not outline a pleading that the court or the respondents could give a meaningful response. They also sought huge and unrealistic damages with no sense of how they were calculated.

While the court was wrangling one wave of lawsuits, Wolf launched a second wave of similar actions, court heard.

“I conclude that the information available to me establishes that Mr. Wolf is engaged in persistent, repeated, abusive litigation,” Rooke wrote in his decision.

“His matters are not only hopeless, but Mr. Wolf is attacking the same litigation targets on related bases, or at least apparently related bases, since Mr. Wolf’s filings are cryptic and that impedes evaluation of what are Mr. Wolf’s complaints. Mr. Wolf has now initiated at least five hopeless lawsuits at the Alberta Court of Queen’s Bench, that exhibit multiple indicia of abusive litigation.”

He invited the targets of his lawsuits to apply to the court for Wolf to be restrained from initiating court proceedings without first getting permission from the court.

Rooke imposed a deadline for such an application of Sept. 2.

Wolf could not be reached for comment prior to deadline.