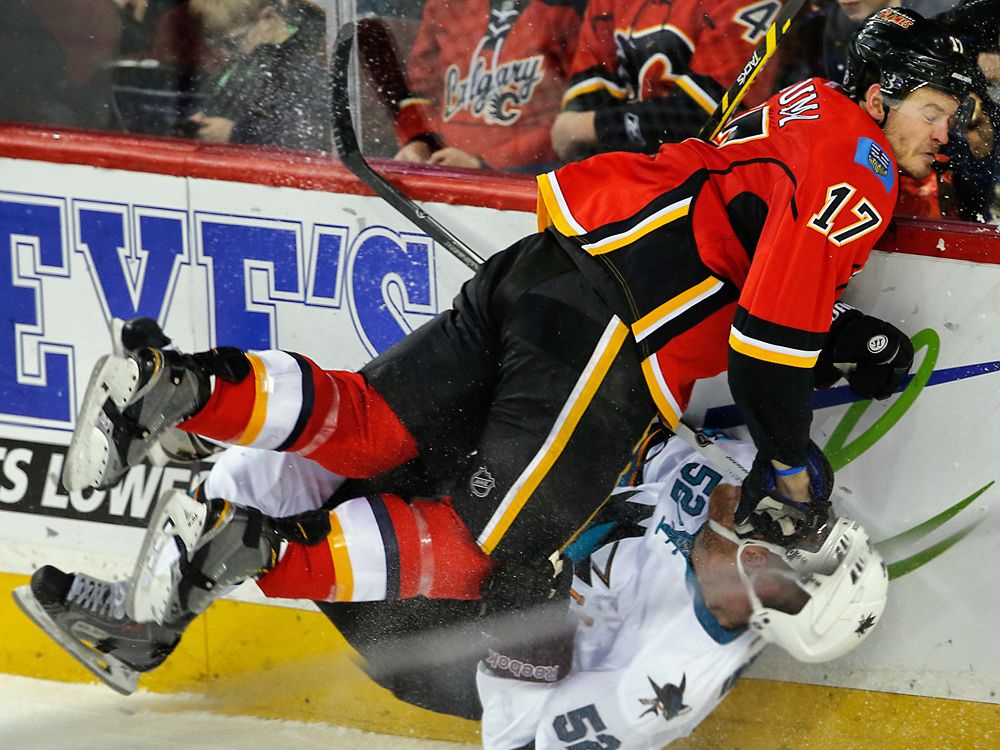 A bodycheck in the closing minute of a junior hockey game at a cross-border tournament left a young Toronto player with a fractured spinal cord and life-altering injuries, according to a lawsuit against the opposing player, coach, referees and hockey organizations.

Marcus Didiano was playing in an Ontario Junior Hockey League game on Feb. 17, 2020, — the Milton Menace versus the Buffalo Junior Sabres. The Menace were ahead five goals to one.

Didiano had scored two of them.

With less than a minute left in the game, Didiano, 21 at the time, was skating along the boards with the puck when he was bodychecked from behind by Sabres player Joshua Dressler.

Didiano said he was unaware of the incoming blow and could not react in time to protect himself. His head and neck hit the boards in a flexed position, he claims in his lawsuit.

On the day of the game, the referees did not penalize Dressler, according to the statement of claim. After further investigation, Dressler was suspended for eight games.

This past Monday, Menace alternate-captain Marcus Didiano was injured late in the game against the @JrSabresOJHL.

On behalf of the Menace players and staff, we would to thank the medical staff for both the Menace and Sabres org’s for their assistance and support at the time. pic.twitter.com/qg9pO7NYC3

Didiano’s lawyers have filed a claim for misconduct by the opposing player, and negligence by the authorities.

“His life was altered following an injury as a result of the negligent actions of other parties,” said Jane Conte, Didiano’s lawyer, in an email.

Requests for further comment and to interview Didiano went unanswered prior to deadline.

The lawsuit also targets Hockey Canada, currently embroiled in a reckoning around its handling of sexual abuse allegations, and other Canadian hockey authorities it accuses of negligence.

Didiano, now 23, lives in Toronto. He filed the claim Feb. 3, 2022, also naming his parents, Josie Didiano and Greg Didiano, and his brothers, Adam Didiano and Dylan Didiano, as plaintiffs.

The suit is ongoing and none of the allegations have been tested in court.

Didiano’s claim alleges Dressler intentionally rammed him into the boards without regard for Didiano’s safety, which violated the rules.

Dressler, 22, of West Seneca, N.Y., now plays for Nazareth College in Rochester, N.Y. His family declined to comment on the lawsuit and attempts to reach Dressler were unsuccessful.

Patrick Monaghan of Smockum Zarnett LLP, Dressler’s lawyer, said, “The matter is before the courts and it is not something I could comment on now.”

Hockey Canada’s rulebook penalizes hits like the one Didiano alleges.

“A Minor penalty and a Game Misconduct penalty or a Major penalty and a Game Misconduct penalty, at the discretion of the Referee, based on the degree of violence of the impact, shall be assessed any player who intentionally pushes, body-checks, cross-checks while in motion or otherwise hits an opposing player from behind, anywhere on the ice,” the Hockey Canada rules say.

“If a player is injured, a Major penalty and a Game Misconduct penalty must be assessed. A Match penalty could also be assessed under this rule.”

During the game, however, the referees did not give Dressler any penalty for hitting Didiano, according to the statement of claim.

Dressler had previously shown signs of aggression by trying to start a fight in an earlier shift and had cross-checked and punched three Milton players without being given any penalties, according to the statement of claim.

One of the defendants, Nick Tuzzolino, general manager and coach of the Buffalo Junior Sabres Hockey Club, is accused of failing to instruct his players in proper conduct during the game, neglecting player violence, and encouraging intimidating behaviour, according to the statement of claim.

The claim further accuses Aaron Wallace and John Jaracz, the referees of the game, for failing to enforce the rules, ignoring violence, and permitting infractions.

Tuzzolino, Wallace, Jaracz, Niagara Frontier Junior Hockey Club Inc., operating as Buffalo Junior Sabres, and USA Hockey Inc. are all based in the United States and have not yet filed a statement of defence to the claim.

The National Post reached out to Tuzzolino, the Buffalo Junior Sabres, and USA Hockey Inc. for comment, however, they did not respond prior to deadline.

Wallace and Jaracz could not be reached for comment.

The claim says authorities were negligent in running the game.

Larry Reimer, a lawyer for OJHL, OHF, OHA, and Hockey Canada, said he is not yet in a position to comment on the case.

“I expect our statement of defence, outlining our position, will be delivered in the near future,” he said in an email to National Post.

Active and Safe Central, an injury prevention resource of the BC Injury Research and Prevention Unit, says Canadian hospitals’ emergency departments get more injury visits from those playing ice hockey than any other sport, with spine and trunk injuries contributing 13 to 33 per cent of those injuries.

“Hockey is a fairly fast game, and it does tend to be in the moment. What really matters in cases like these is the impact of the injury. Not all injuries are created equal,” said Lewis Smith, manager of national projects at the Canada Safety Council.

In the case of Didiano, the incident resulted in a spinal fracture accompanied with chronic pain and limitation of movement, according to the lawsuit. These kinds of injuries can limit future prospects within the sport but also other jobs that require certain physical movements, says the statement of claim.

Smith said hits against the board are often dangerous.

“There’s a reason that they’re outlawed at pretty much every level of hockey,” he said in an interview.

In a National Library of Medicine study, 52.2 per cent of hockey related injuries were due to bodychecking. The study found that there is growing evidence that body checking poses a greater risk than benefit for youth and that the results support calls to ban the practice in hockey.

“Hockey is inherently a physical sport, an outright ban on hitting would probably not work for it. However, improper bodychecking or lack of technique is dangerous, and needs to be looked into,” Smith said.