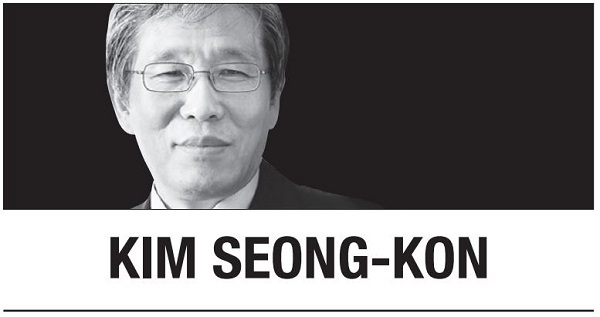 Recently, I came across two intriguing articles that I read with great enthusiasm. One was “On My 100th Birthday, Reflections on Archie Bunker and Donald Trump” by Norman Lear and the other was “Pacifism is the wrong response to the war in Ukraine” by Slavoj Zizek. Both articles were penetrating and insightful, tackling vital issues regarding the crisis of democracy and world peace we are now facing.

In a column that recently appeared in the New York Times, Norman Lear, who celebrated his 100th year birthday this year, deplored the Jan. 6, 2021 attack on US Congress by supporters of Donald Trump. Lear lamented, “To be honest, I’m a bit worried that I may be in better shape than our democracy is.”

Lear was the producer of the celebrated TV series, “All in the Family” in the 1970s. In that drama, the protagonist, Archie Bunker, is a frustrated, grumpy white man marked by his bigotries toward minorities such as African Americans, Latin Americans, Jews, and Asians. He also detests gays, hippies, and women’s liberation activists. Archie is an eccentric conservative. Yet, he is not a malicious person in nature. Rather, he is a product of his social milieu, in which he was raised as a narrow-minded misanthrope.

Archie frequently argues with his liberal son, a product of the new era. Carroll O’Connor who played Archie, pinpoints Archie’s problems, “Archie’s dilemma is coping with a world that is changing in front of him. He doesn’t know what to do, except to lose his temper, mouth his poisons, (and) look elsewhere to fix the blame for his own discomfort.”

Archie, who represents a typical angry conservative blue-collar white male in the 1970s, reminds us of today’s Korean people, who are also angry and blame others for their own distress and who cannot cope with a rapidly and radically changing world.

Lear writes, “If Archie had been around 50 years later, he probably would have watched Fox News. He probably would have been a Trump voter. But I think that the sight of the American flag being used to attack Capitol Police would have sickened him.” Indeed, today’s seditionist Republicans are much worse than the white Americans of the 1970s, who are symbolized by Archie.

In his remarks on the Ukraine War, Slavoj Zizek could also be seen as making a timely intervention that would be just as applicable to Korean politics. In “Pacifism is the wrong response to the war in Ukraine,” published in the Guardian, Zizek takes aim at the naïve leftist viewpoint that pacifism is the right attitude to ending hostilities in the Ukraine War. We could say just the same of the approach of Moon’s administration toward North Korea.

Zizek is an intellectual on the left, and yet he does not hesitate to criticize his fellow Leftist intellectuals, such as Noam Chomsky, who has argued that NATO is just as responsible as Russia for the Ukraine War and so we should pursue a pacifist stance. Indeed, many leftwing scholars are currently naively warning Ukraine for inadvertently becoming a tool of Western imperialism by using the weapons supplied by the US or European countries, instead of blaming Putin’s unprovoked invasion.

However, Zizek is different. He powerfully indicts Putin who has directly said, “Because there is no in-between, no intermediate state: Either a country is sovereign, or it is a colony, no matter what the colonies are called.” Zizek repudiates Putin’s argument, saying that it boils down to a simple opposition, “The sovereign and the conquered.” Moreover, it could not be clearer that “in Putin’s imperial view, Ukraine should fall into the latter category.”

Then, he continues, “And, as it is no less clear from Russian official statements in the last months, Bosnia and Herzegovina, Kosovo, Finland, the Baltic States and ultimately Europe itself fall into the latter category” also.

Then, Zizek argues that in the face of the impending crisis of global warming, all the countries on earth are, indeed, despite what Putin says, suspended in the “in-between.” Indeed, what is the meaning of a sovereign country if people are facing total annihilation due to global warming?

Zizek rightly perceives Putin’s intention to use global warming to manipulate the world by controlling the pipeline for energy. This explains why Putin is so mad about the Scandinavian countries’ intention to join the NATO. Zizek writes, “Due to the explosive development of China, Japan, and South Korea, the main transport route will run north of Russia and Scandinavia. Russia’s strategic plan is to profit from global warming: control the world’s main transport route, plus develop Siberia and control Ukraine.” Then he continues, “In this way, Russia will dominate so much food production that it will be able to blackmail the whole world. This is the ultimate economic reality beneath Putin’s imperial dream.”

Witnessing the decline of democracy and the rise of totalitarianism these days, we cannot but worry about our future. Nevertheless, we cannot give up hopes and dreams about a better world.

By Kim Seong-kon
Kim Seong-kon is a professor emeritus of English at Seoul National University and a visiting scholar at Dartmouth College. The views expressed here are his own. — Ed.