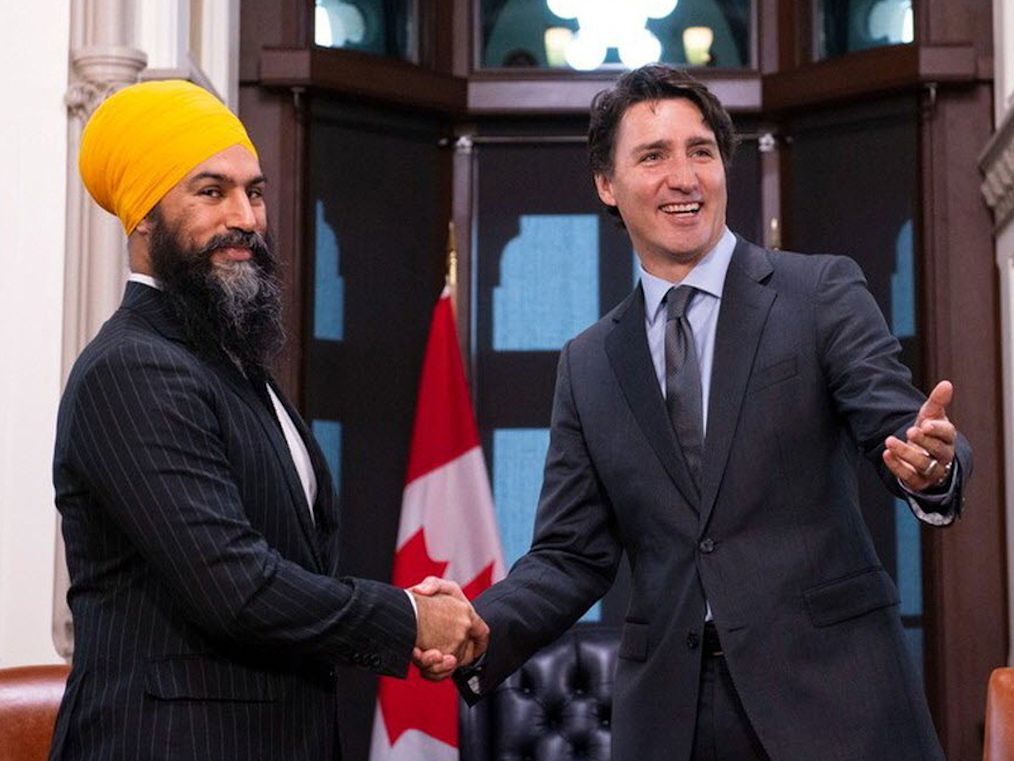 As expected, the last two weeks were mostly free of major political news, allowing the First Reading staff to vacation with carefree abandon. But here’s the main stuff we missed …

Former prime minister Stephen Harper – the only former Tory that most Conservatives seem to agree on – formally endorsed leadership candidate Pierre Poilievre. Poilievre is utterly dominating the race and always has been, so it’s not like Harper is going out on a limb here. Tellingly, the endorsement doesn’t appear to have affected Poilievre’s numbers in the slightest.

Speaking of leadership races, Elizabeth May appears poised to attempt to take back control of the Green Party of Canada. You’ll recall that she stepped down from the party leadership in 2019, but her departure happens to have coincided with one of the most epic bouts of party self-immolation in Canadian political history, so May presumably has a problem with that.

Remember when the Taliban took over Afghanistan and Canada mostly abandoned its former allies to likely death? It turns out Global Affairs Canada was perfectly fine with doing that again in Ukraine. According to the Globe and Mail, on the eve of the Feb. 24 Russian invasion Canadian diplomats fully assumed that Ukraine would fall in a matter of days, and that many of their Ukrainian embassy staffers would find themselves on Russian kill lists. Despite this, Canada’s Kyiv embassy worked to evacuate themselves while deliberately keeping the more harrowing intelligence details from their Ukrainian colleagues.

And Prime Minister Justin Trudeau spent most of July on board a private jet. Although Trudeau speaks about climate change more than almost any other world leader, that did not stop him from racking up 26,238 km of jet travel in just a single month, which burned roughly an entire tanker trucks’ worth of jet fuel. And it wasn’t like he was going to important summits or whatever; most of that fuel was burned for the sake of photo ops.

This week, NDP Leader Jagmeet Singh signalled for the first time his apparent willingness to bring down the Trudeau government if the Liberals didn’t honour the terms of their de facto coalition.

Not quite six months after the Liberal/NDP deal was first announced, Singh’s decree highlights the fact that the NDP have derived shockingly little out of a deal that has effectively handed a majority government to Prime Minister Justin Trudeau.

Officially known as the Supply and Confidence Agreement, the March 22 arrangement saw Singh pledge that his 25-member caucus would prop up the Liberals until at least 2025 in exchange for roughly $15 billion in spending promises.

But the Liberals have yet to make progress on the core promise of the agreement: A “new dental care program for low-income Canadians.”

At the time, the NDP pledged that their deal with the Liberals would ultimately ensure that, by 2025, dental care would be free to any Canadian in a household earning less than $90,000 annually.

The first step of the rollout was to see free dental care rolled out to children under 12 from low-income households.

When even that pledge appears to have stalled, Singh came out this week to signal that he was willing to sink the deal and potentially trigger a new federal election — the third in as many years.

“I made it really clear to the prime minister directly that this has to happen…. The deal stands on this,” Singh told the Toronto Star in a phone interview.

The comment sparked an immediate response from the Liberal government, although probably not what the NDP was looking for. Liberal sources told The Canadian Press that while they probably won’t have a dental care plan ready by year’s end, they had a stopgap proposal to simply send cash to low-income children who need to get their teeth fixed.

The dental care pledge was one of the few measurable promises in an agreement that was mostly devoid of specifics. On Indigenous housing, the agreement only promised “significant additional investment.” On national pharmacare, it pledged “continuing progress.” On climate change, it pledged “advancing measures to achieve significant emissions reductions.”

Meanwhile, the benefit to the Trudeau government from the NDP deal was immediate. Despite winning one of the slimmest electoral victories in Canadian history in 2021, the NDP/Liberal deal allowed Trudeau a degree of power that is typically denied to minority government prime ministers.

This was most notably wielded in the House of Commons’ passage of Bill C-11, a set of sweeping controls on the Canadian internet, including the extension of CRTC oversight to online streaming platforms such as Netflix and YouTube.

Unlike a traditional coalition, the deal involved no power-sharing with the NDP. The cabinet remains entirely composed of Liberal appointees, with the Supply and Confidence Agreement guaranteeing only the occasional meeting between the two parties. Singh and Trudeau, for instance, agreed only to a sit-down every three months.

More than a few Ottawa-watchers have marked the signing of the NDP/Liberal deal as the beginning of a period of pronounced malaise in the Trudeau government. “Everything has gotten thicker again. We don’t recognize we are still a minority government,” is how one Liberal described the situation to the National Post’s John Ivison.

Meanwhile, Singh has kept up near-constant criticisms of the government that his own caucus has publicly agreed to keep in power.

Most recently, this included an official NDP statement blaming the Trudeau government for a series of crippling staff shortages in health care that are leading to temporary shutdowns of Canadian ERs. “Every time the PM makes excuses and blames others, it hurts Canadians seeking care,” wrote Singh in a tweet over the weekend.

Singh also made sure to slam the Trudeau government in his Monday comments to the Toronto Star, saying that “the government is messing up a lot of things,” but reiterated that he was “confident” that they would figure out the dental care issue in time to avoid an election.