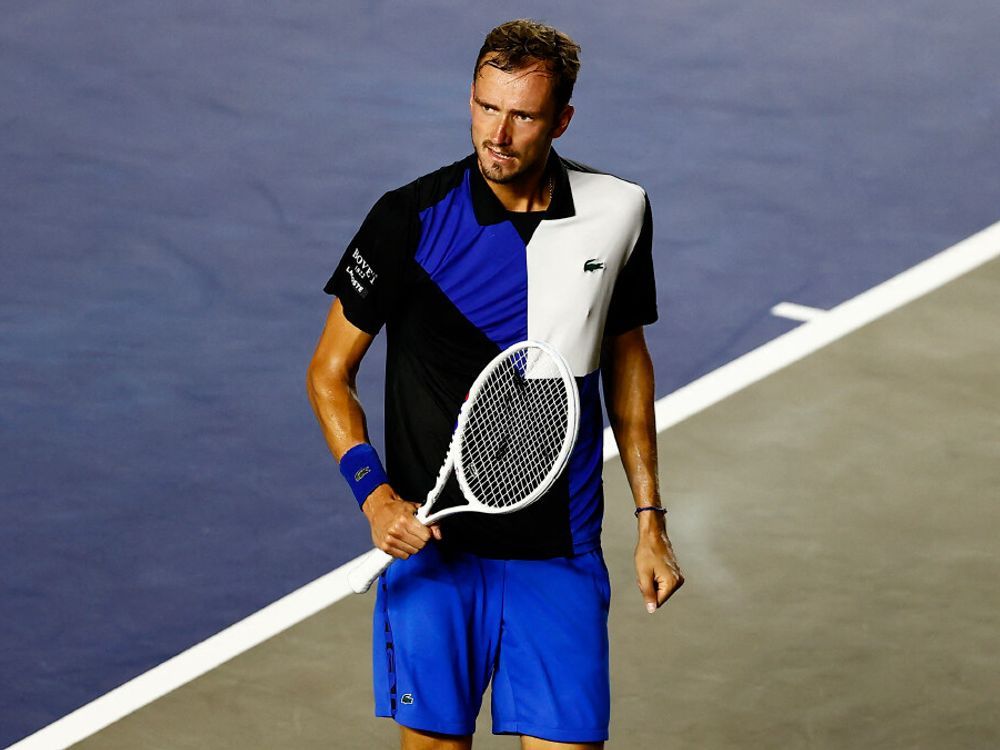 Superstar tennis athletes find themselves playing out the tensions of the world on the courts. While being Russian or Belarusian may get you banned from competing at Wimbledon, in Canada, it depends on whether you will agree to get vaccinated.

Russian and Belarusian players will be competing at the National Bank Open in Montreal and Toronto, but unvaccinated Novak Djokovic will not.

Djokovic was famously deported from Australia in January after having his visa cancelled twice for refusing to get vaccinated, banning him from playing at the Australian Open. His vaccination status still prevents him from participating in tournaments, including the National Bank Open in Montreal. It remains unclear whether he will compete at upcoming tournaments in Cleveland, and the season’s final big event, the U.S. Open in late August to early September.

World number one Daniil Medvedev was banned from competing during last month’s heated Wimbledon tournament following Russia’s ongoing invasion of Ukraine. The All England Club, home of Wimbledon, barred all Russian and Belarusian athletes from playing, stating “they will suffer for the actions of the leaders of the Russian regime,” according to the club’s chairman Ian Hewitt.

The Association of Tennis Professionals (ATP) and Women’s Tennis Association (WTA) — the governing bodies of professional tennis players — responded to the All England Club’s decision by stripping Wimbledon of any ranking points, saying the exclusion of players “undermined” the integrity of the tour.

Since Canada’s National Bank Open, underway this week in Montreal and Toronto, is part of the 2022 U.S. Open Series, the Canadian tournament will permit Russian and Belarusian athletes to play under a “blank banner,” meaning without representing their countries.

“Individual athletes should not be penalized or prevented from competing due to where they are from, or the decisions made by the governments of their countries,” a WTA statement noted.

Medvedev will be joined at the Montreal tournament by three other Russian tennis players: Andrey Rublev, Karen Khachanov and Aslan Karatsev. The women’s singles tournament, held in Toronto, will include Russian tennis athletes Veronika Kudermetova and Daria Kasatkina, and Belarusians Aryna Sabalenka and Victoria Azarenka.

Hello Montreal 🇨🇦. Just landed. Excited to be back.

Wimbledon stood alone with its decision to ban Russian and Belarusian tennis players. Indian Wells, held in California, allowed them to play as “countryless” athletes. At the French Open in late spring, they were allowed to play under the condition of “strict neutrality.”

“National teams of Russia and Belarus are banned, but not the athletes as individuals, as long as they play under strict neutrality,” said French Open director Amelie Mauresmo. “If any of them should have pro-Putin statements in the media, there will be sanctions for sure.”

Outside the world of tennis, however, the International Olympic Committee, as well as the international governing bodies for basketball, soccer and hockey — FIBA, FIFA and the IIHF — have banned Russian and Belarusian teams from competition.

The World Juniors will begin its tournament in Edmonton on Aug. 9 excluding the Russian team.

“The IIHF is not a political entity and cannot influence the decisions being taken over the war in Ukraine,” said IIHF President Luc Tardif in a statement. “We nevertheless have a duty of care to all of our members and participants and must therefore do all we can to ensure that we are able to operate our events in a safe environment for all teams taking part in the IIHF World Championship program.”