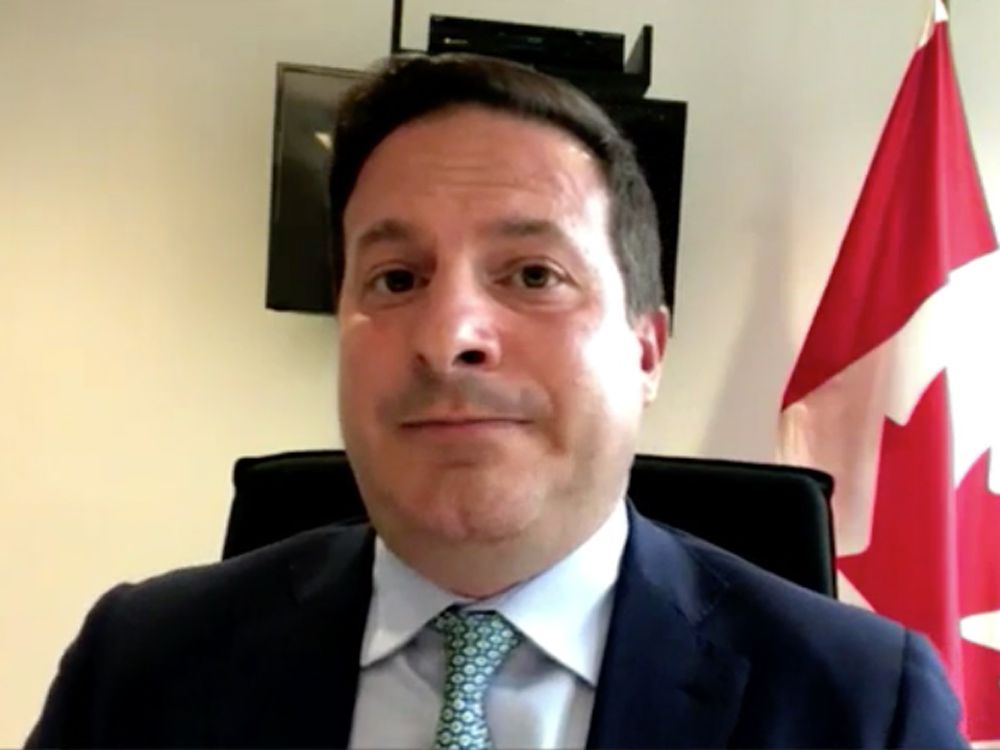 OTTAWA – Public Safety Minister Marco Mendicino defended the RCMP’s use of spyware, telling MPs that the technology is used sparingly and always with judicial approval, but it has become necessary because of the use of encryption among criminals.

Mendicino testified before the House of Commons committee on Access to Information and Privacy on Monday. Earlier this month, it was revealed the RCMP has used what the force calls “on device investigative tools” or spyware, allowing the them to read text messages and other items on a cellphone during an investigation.

RCMP officials also confirmed that in some cases they’re able to turn on cellphone microphones or cameras to listen covertly.

Mendicino said the tools are used sparingly and they must be approved in advance by a judge.

“There are rigorous protections which are put into place prior to the authorization of this particular technique, including applications which must go to a superior court judge,” he told MPs.

RCMP officials said the tools have been used in 32 investigations to surveil 49 devices since 2017. Mendicino and the RCMP would not reveal publicly to MPs what company’s software was being used, but said they had not used Pegasus software, which is made by a controversial Israeli firm.

Mendicino said officers with special training are used in the investigations and provided detailed requests for warrants to judges. He said it was used only for serious cases including terrorism offences, but it has become necessary.

“The central challenge right now for all state actors who are in the business of protecting Canadians, is that they are confronted increasingly with complex encryption, which is intended to subvert law enforcement,” he said.

Privacy Commissioner Philippe Dufresne told MPs that he had heard about the RCMP’s use of these tools through media reports last month. He said the RCMP should have reached out to his office in advance. He said not being upfront about their use of technology only creates suspicion.

“It would be preferable, far preferable, that privacy impact assessment be done at the front end that my office be consulted and that this can be conveyed somehow to Canadians so that they are reassured,” he said.

Mendicino agreed the privacy commissioner should have been briefed upfront and said he welcomed ideas from MPs to improve the process.

“It is unfortunate that the privacy commissioner has reported that he learned about the use of this particular investigative technique in the media,” he said. “We should always be open to having a conversation on how we can raise the bar.”

The government is reviewing and updating the privacy act. Dufresne said he would like to see the act changed to require privacy impact assessments before a government department uses new technology.

He said, since the news broke last month about the force’s use of spyware, they have contacted the RCMP about the surveillance tools and expect to meet with them later this month about the program.

NDP MP Matthew Green told the RCMP they should be speaking to the privacy commissioner before it starts using any technology that infringes on Canadians’ privacy.

“It feels like the privacy commissioner could have a meaningful role to play, so that we don’t at this committee have to embark on finding out after the fact.”

RCMP officials said warrants for using the spyware are always highly specific, with details about rules on who can be spied on and requirements the force respect issues like attorney client privilege.

They also said that while there are provisions in law that would allow them to use the tools in an emergency without a warrant, that has never happened so far.

“Every one of those 32 investigations had a judicial authorization,” said Sgt. Dave Cobey with the Mounties technical services division.

Cobey told MPs that it has been used for the most serious crimes.