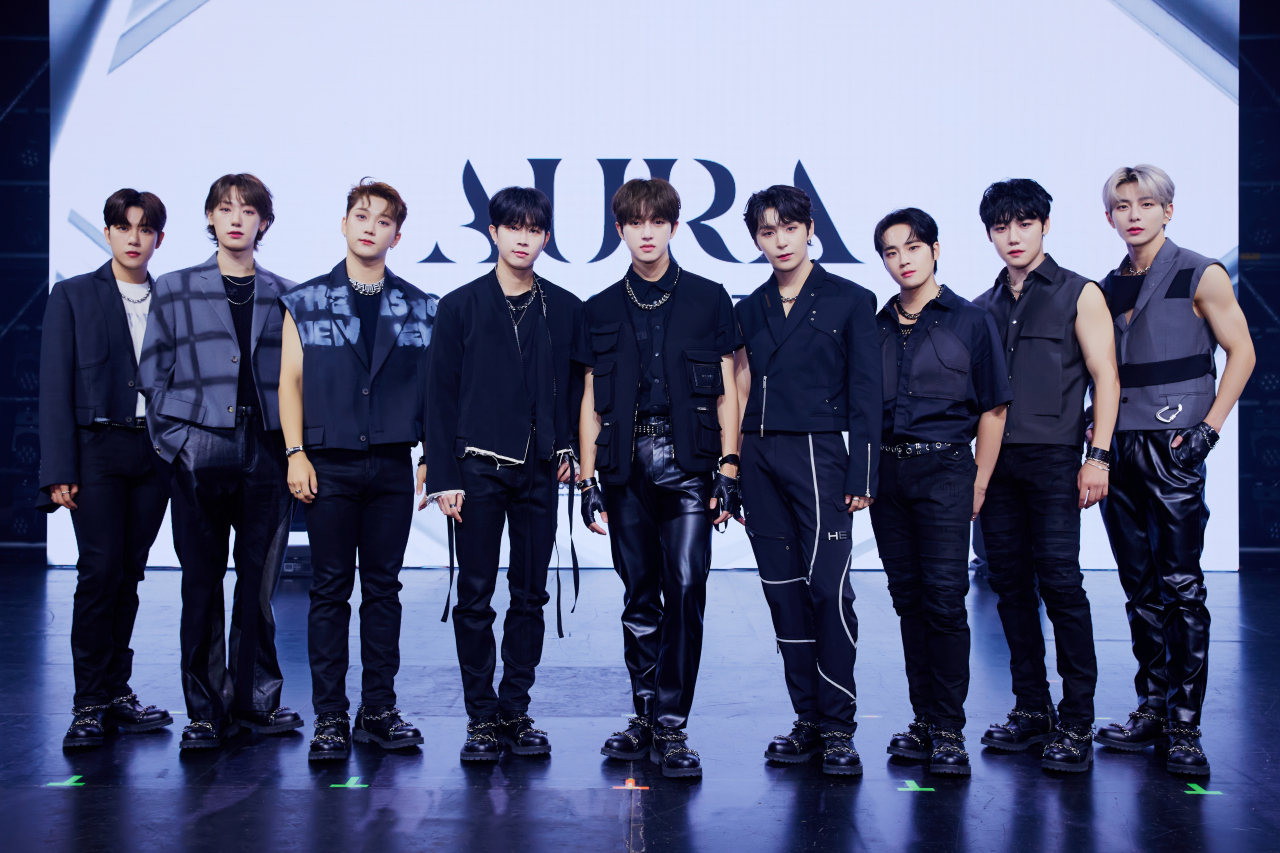 K-pop boy band Golden Child dropped its sixth EP “Aura” on Monday, marking a return to the music scene after a 10-month hiatus.

Ahead of the album’s 6 p.m. online release, Golden Child held a showcase event at Yes24 Live Hall in Gwangjin-gu, eastern Seoul, to discuss its new music. The boy band said it has become more mature and seasoned and hopes that fans can hear that on “Aura.”

At Monday’s event, Y said Golden Child has always taken on new challenges with each new album. Joochan chimed in and said, “‘Aura’ is the album on which listeners can hear Golden Child’s musical maturity. The six new songs contain various charms.”

The album’s lead track is “Replay,” an EDM future house song that adds excitement with its addictive lyrics. The song talks about a strong desire to go back in time. Jangjun and Tag wrote the song.

“Aura” also features five other tracks that portray the band’s upgraded musical sound — the title track “Aura,” “Knocking On My Door,” “3!6!5!,” “Purpose” and “Miracle.” Besides the album’s title track, Jangjun and Tag took part in the production process for most of the songs from lyrics-writing to composition and arrangement.

When asked to explain the details of the act’s challenge to itself this time, Y further mentioned that the new album itself has become a “big challenge” for the group since it had to make a comeback with the absence of the group’s leader. To do so, the nine members devoted more affection toward the EP, he said.

The bandmates also promised to leap forward to the next level with “Aura.” Jangjun also said that each member will put an extra 10 percent effort to fill up the leader’s vacuum to make Golden Child as powerful as the original 10-member act.

While Aug. 28 will mark the group’s fifth debut anniversary, Jangjun hinted that they are preparing some special content as a gift to fans. To build a stronger bond between the bandmates and their beloved fans, Golden Child will throw out schedules to communicate with each other through various platforms, he said.