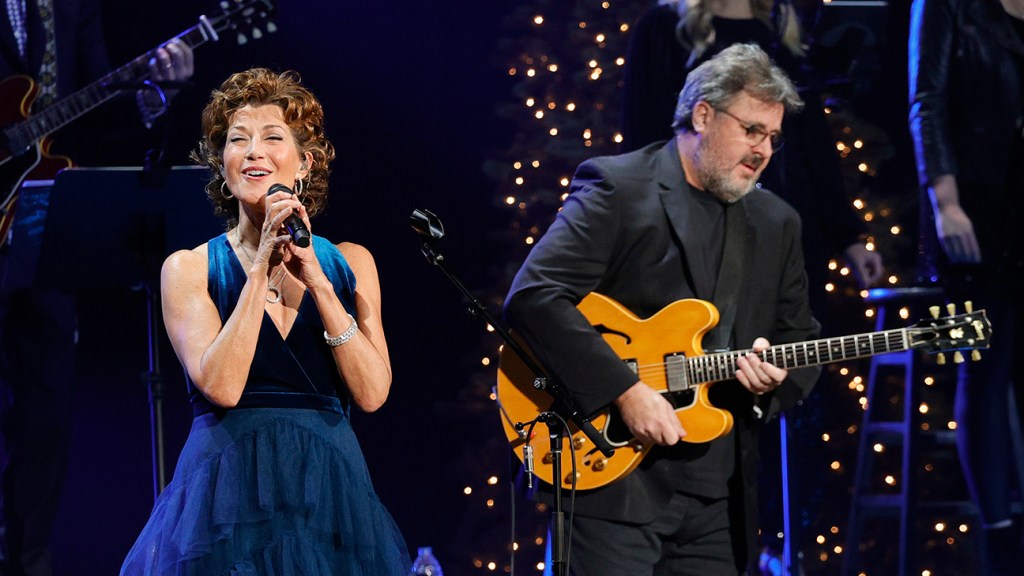 Amy Grant‘s bike accident left her unconscious for nearly 10 minutes and with a concussion, but her team says her recovery is going well.

Grant was hospitalized on July 27 after she fell while on a bicycle ride with friends in Nashville.

“She is making progress every day,” a rep for Grant told Billboard on Sunday. “As Vince has announced during his concerts at the Ryman, she has a concussion and has needed a lot a lot of downtime and peace and quiet to recover. When she hit the pothole she was thrown from her bike and hit her head hard and was knocked out for about 10 [minutes] before being transported to the hospital by ambulance. Every day she gets stronger and more alert/energetic.”

Gill welcomed the couple’s daughter Corinna to the stage to sing “When My Amy Prays” for Grant; Corinna changed the lyrics of the chorus to “when my mama prays.”

“We’re gonna do this song that I wrote for my wife, Amy,” Gill can be heard telling the audience in a video from the show shared on Grant’s Facebook page. “We haven’t been doing it much, but because of her accident and everything she’s been going through we’ve been thinkin’ a lot about her. I thought how sweet it would be for her youngest to sing the song I wrote for her.”

See Corinna’s performance in honor of Grant below. Grant’s rep says that the singer — who had to cancel her own August tour dates due to her accident — hopes to resume a full schedule soon.