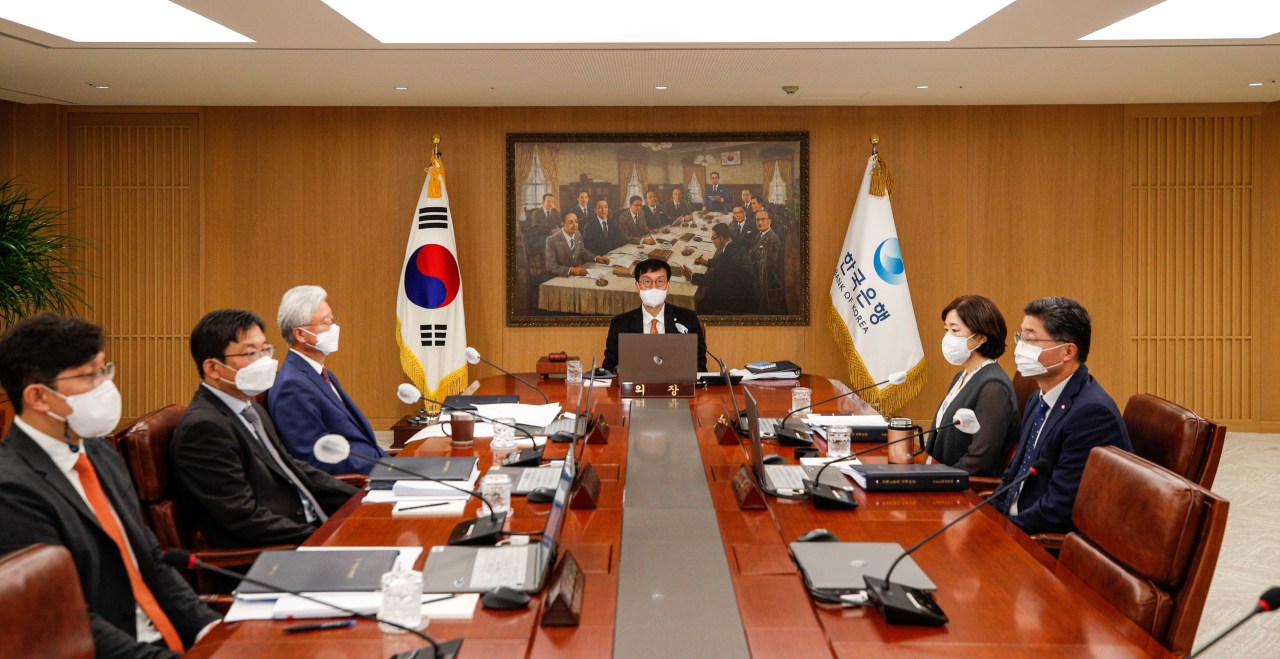 Board members of South Korea’s central bank underlined the need for raising the policy interest rate to a neutral level as quickly as possible to curb fast-rising inflation pressure as they delivered a first-ever “big-step” rate increase last month, minutes from their latest rate-setting meeting showed Tuesday.

In the meeting on July 13, the monetary policy board of the Bank of Korea (BOK) voted unanimously to hike the policy rate by half a percentage point to 2.25 percent.

That represented the sixth rate hike since August last year, when the BOK began rolling back easing monetary policy put in place to prop up the pandemic-afflicted economy. It was also the first-ever big-step rate hike.

The BOK started the sequence of rate increases to rein in inflation, which has been under growing upward pressure due to global supply-chain disruptions, the war in Ukraine and recovering demand from the pandemic.

The minutes showed that the board members shared the view that despite the previous five rate hikes, the current interest rate remained below a neutral level, indicating that there was more room for further increases. A natural rate refers to a theoretical interest rate that neither stunts nor bolsters economic growth.

“What monetary policy has to prioritize under the current economic conditions is to reduce upward inflation pressure and stably anchor inflation expectations,” an unidentified board member said.

“Despite a combined 1.25 percentage point rate increase since August last year, the current interest rate level still remains accommodative as it stays below what is presumed to be a neutral level,” the member added.

Another unidentified member said that a sharp rate hike could have a negative impact on economic growth but such a move would be “inevitable” to put mid- and long-term macroeconomic conditions on a stable footing.

“The interest rate should be fast raised to a neutral level so as to prevent upward inflation momentum from getting entrenched,” the member said.

Some of the board members voted to raise the interest rate last month as they worried that the Federal Reserve’s aggressive rate hikes could widen the rate differences between South Korea and the U.S. and prompt money to leave local financial markets in pursuit of higher returns.

“There is a possibility that the extent of capital outflows could increase in a short period of time if the U.S. Federal Reserve raises the rate more sharply than anticipated and anxiety mounts in global financial markets at a time when the spread widens and causes profits from holding won-denominated assets to fall,” a board member said. (Yonhap)