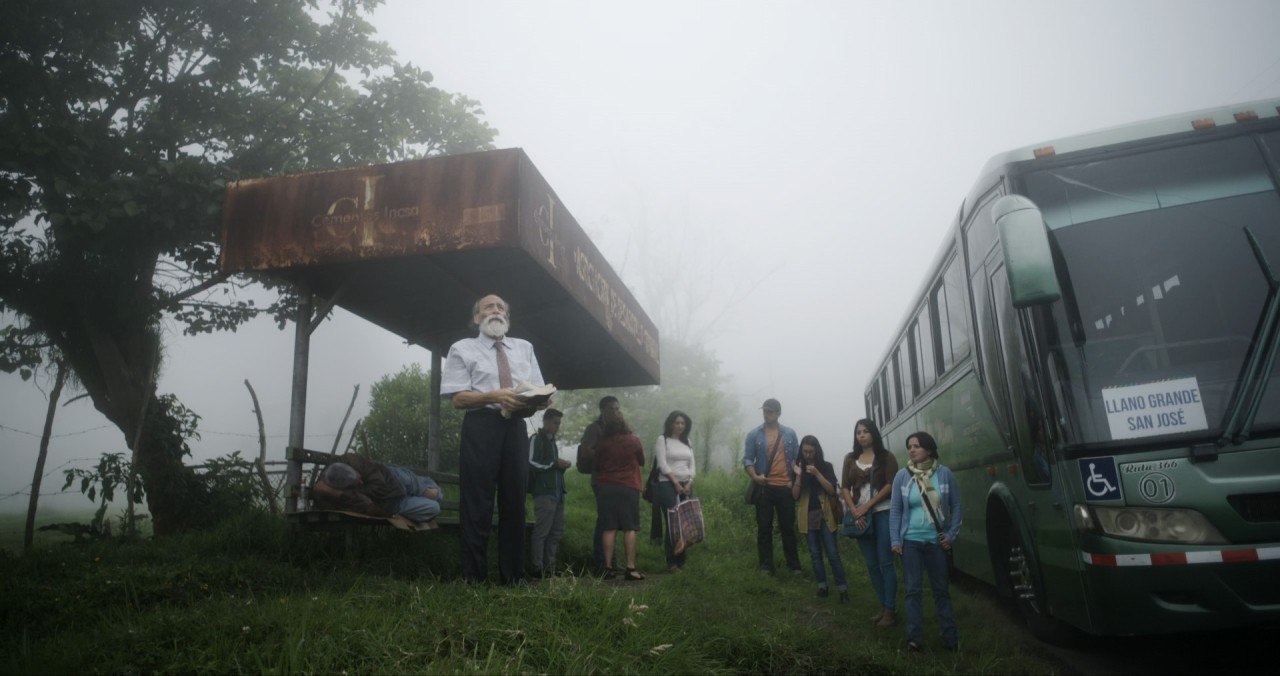 An unprecedented blackout hits Central America, and people struggle to get through the crisis.

A pilot suffers severe injuries from an accidental landing; an elderly lady with her grandson tries to find her daughter at a hospital; a millionaire housewife is trapped in her penthouse with her housemaid; a teenage girl’s 15th birthday party goes awry; a pastor and his daughter take advantage of the chaotic situation; a detached couple finds each other amid a solar storm.

These six different stories are part of an omnibus drama film showing us that there is always a light at the end of the tunnel.

This year’s World Cinema Week will offer a chance to explore cultural and historical diversity through 12 recent films from Latin America, which were selected by each participating embassy.

The four movies selected for talk programs are: an Ecuadorian documentary “Time of Women,” directed by Frida Muenala, which features indigenous women making their mark in various fields in modern Ecuadorian society; “Impossible Things,” directed by Mexican filmmaker Ernesto Contreras, which revolves around a woman who becomes friends with a boy next door who sells drugs; Colombian documentary “Jerico, the Infinite Flight of Days,” tells the stories of eight women living in a small village in Antioch, northwestern Colombia, to which their lives, memories and heritage are closely intertwined; Celebrated Argentine director Lucrecia Martel’s “Zama” follows a magistrate in the Spanish colonial administration who longs for a better post.

Both online and offline screenings are available free of charge.

The offline film screenings will take place this Saturday and Sunday at CGV Cheongdam Cinecity. Seventy percent of the seats will be made available through online booking via the KF World Cinema Week official website and 30 percent through on-site ticketing. On-site tickets will be sold on a first-come-first-served basis.

The online screening runs through Aug. 18 on Naver TV. The screening schedule is also available on the KF World Cinema Week’s official website.