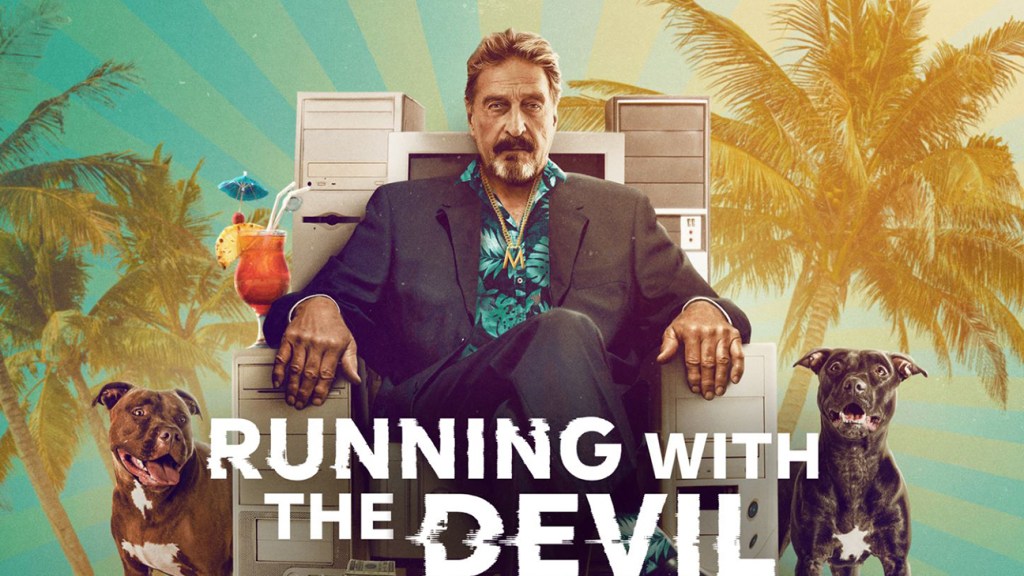 The incredible life and death story of John McAfee — who passed away in 2021 — is getting the feature doc treatment at Netflix.

The streamer has ordered Running With The Devil: The Wild World of John McAfee from London-based Curious Films, marking their Netflix debut.

The original computer genius gone rogue, McAfee famously invented of one of the most successful — and hated — pieces of software of all time with the McAfee Anti-Virus. At his peak, he was worth $100 million. But when his neighbor was murdered, he went on the run — cashed in his fortune, left civilization and moved to the jungle in Belize, where he set up a Colonel Kurtz-like compound of guns, sex and madness. But he invited a film crew to join him.

Claiming that he was running for his life and chased by armed gunmen, McAfee and the film crew traveled deep into the rainforest, across international borders, up river in the jungles of Guatemala and through the Bahamas on a boat loaded with weapons, drugs and alcohol, trying to stay one step ahead of their alleged pursuers.

With exclusive access to hundreds of hours of previously unseen footage of McAfee and in-depth accounts from the people who knew him best, Running With The Devil is being billed by producers as the “definitive story” of a larger-than-life character, a man who ran for President, escaped from jail multiple times, and claimed to have hacked the world.

“Running With The Devil: The Wild Word of John McAfee is a story that’s been over 10 years in the making, it’s a stranger-than-fiction story like no other, about a powerful man who lived his real life like it was a high-octane Hollywood movie — and the consequences this has for those closest to him,” said Dov Freedman, Curious Films co-founder. “We are incredibly proud to be telling this extraordinary tale for the first time for Netflix.”

Running With The Devil isn’t the first doc feature about McAfee. Gringo: The Dangerous Life of John McAfee, by Nanette Burstein and centred on the Belize portion of McAfee’s life, premiered in Toronto in 2016. Meanwhile, several narrative features have been in the works. In 2018, Seth Rogan and Michael Keaton were announced as leading King of the Jungle, to be directed by Glenn Ficarra and John Requa, the duo behind 2011’s Crazy, Stupid, Love. Zac Efron later joined the project, replacing Rogan, with STX Films in negotiations, but little has been heard of it since then. Last year, Plot Against the President director Amanda Milius’ AMDC Films acquired film and TV rights to Mark Eglinton’s book No Domain: The John McAfee Tapes with plans to develop a feature narrative film as well as a companion documentary.

See the trailer for Running With The Devil: The Wild Word of John McAfee below: