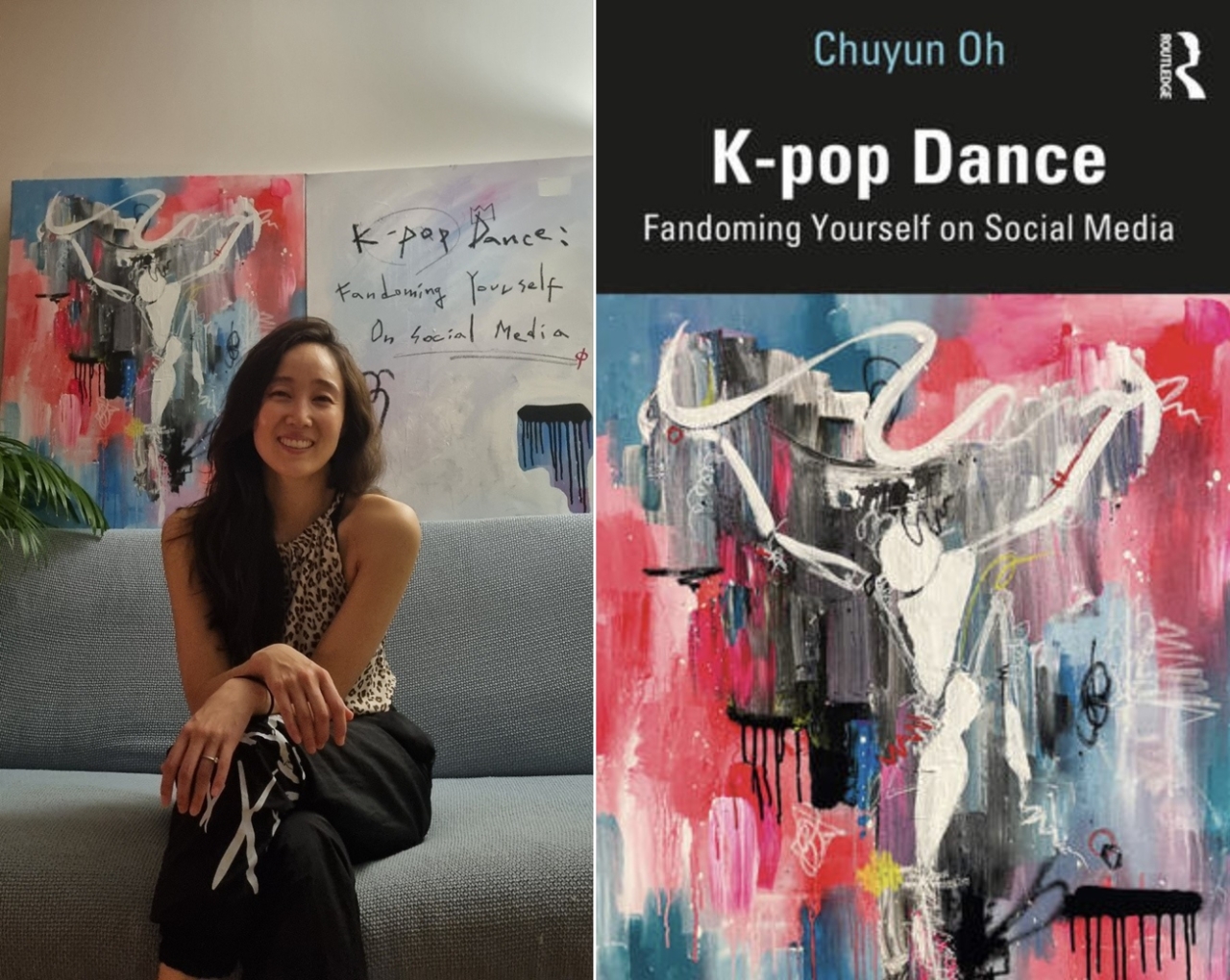 K-pop dance cover videos rack up tens of thousands of views on YouTube.

They are filmed in places all around the world, from a shopping mall in China to a park in Spain. In the clips, young dancers typically dressed in colorful and coordinated outfits show off their moves to an intrigued audience, as the latest K-pop hits play through the speakers. Exuding confidence and joy, the dancers look almost as if they are in their own music video.

In her book “K-pop Dance: Fandoming Yourself on Social Media,” published earlier this month, Chuyun Oh, an associate professor at San Diego State University, delves into the global phenomenon from a perspective of a dance theorist and historian. She argues that by imitating K-pop dance moves and sharing videos on social media, these amateur dancers are creating something of their own.

“K-pop dance covers are clearly a practice of imitation. Dancers try to look like K-pop idols by imitating their choreography, fashion, makeup, hairstyles and even lip-syncing in Korean,” the scholar said in an interview with The Korea Herald.

“By imitating the idols, however, they are not necessarily idolizing the K-pop idols. They are actually ‘fandoming’ themselves.

“I think the core desire (behind this phenomenon) is young people’s strong motivation to present the best version of themselves on social media.”

As part of five years of research for the book, Oh followed dozens of K-pop fans and dancers, including refugee teenagers in New York, California and Seoul. Being a trained dancer herself, she said the inspiration for the book came after meeting these young dancers.

At 194 pages, “K-pop Dance,” which was published by Routledge and written in English, also seeks to reinterpret the value of imitation on social media.

Some might criticize the trend as a manifestation of neoliberal capitalism, where everyone wants to be a celebrity, Oh noted. But as a dance historian, she believes K-pop dance covers are making dance education more accessible.

“Dancing has been a little hard to reach, especially the traditional style. But on social media, people have the opportunity to shine their talent, and I think that is meaningful.”

Dancing has been a little inaccessible, especially the traditional style, she added. “But on social media, people have the opportunity to shine their talent, and I think that’s meaningful.”

In terms of style, K-pop dance has evolved over the years. Similar to its sound, its dance moves have been influenced by many other styles including hip-hop, street dance, voguing, modern dance, pole dance, to name a few.

And when it entered the 2020s, what Oh described as “gestural point choreography” rose to dominance, resembling the traits of dance challenges on social media platforms such as TikTok.

Oh argues that one of the glaring characteristics of what she describes as “social media dance” and K-pop dance is the “individualization of a dancer through their facial and gestural choreography.”

“On social media, it is likely that a dancer’s face would take 30 percent of the stage. And in TikTok dance challenges, they tend to face forward, and not take up a large space.”

Unlike watching a performance in a big theatre where you may not be able to see the dancer’s face, the focus is now on the upper body and the face in the age of social media. It is to further distinguish individuals from each other, Oh said.

The K-pop industry is quickly adapting to the current technology, especially on social media, she said, initiating new communication channels.

“The industry changes the choreography so that it fits into small smartphone screens.”

As the K-pop dance cover challenge has been organic — one of the examples of fandoms exercising their own agency — Oh said that K-pop labels and the government should recognize the power of fandoms that operate on their own.

Oh noted that one of the chapters talks about refugee teenagers from Thailand, who do K-pop cover dances not because of any push from the government or an agency. They do it because they like to dance and it’s accessible — it makes them feel empowered, she said.

“Fandoms have their own agency and it is unpredictable. But at the same time, that is where the power comes from — the autonomy.”