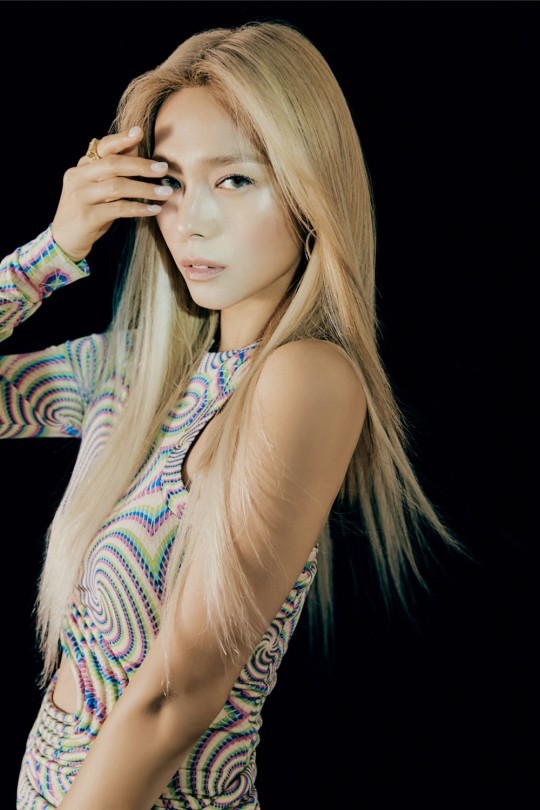 Blackpink’s upcoming music video is made with the largest budget ever, according to label YG Entertainment on Tuesday.

The quartet started shooting the video for the focus track from its forthcoming album on the day. It has been almost two years since its first studio album “The Album.”

The album ranked No. 2 on both Billboard 200 and UK’s Official Albums Chart Top 100. The LP sold 690,000 copies in the first week of sales, a record for a K-pop girl group at the time, and over 1.4 million in total, becoming the first million-selling album from a K-pop girl group.

Last week, “Kill This Love” topped 600 million streams on Spotify, following “How You Like That.” Blackpink is the only K-pop female act to reach the milestone.

The band will make a full-group comeback in August and said that it has a series of mega projects planned, including its biggest-ever international tour.

Sunye, formerly of Wonder Girls, came out with her first solo album on Tuesday.

The EP “Genuine” consists of five tracks that best contains her true self, how she feels toward music, she said.

Lead track “Just A Dancer” is a dance number as she personally wanted to put out the best in the genre as a solo musician. It expresses how she wants to stand up as her real self, not projecting the image created by others, she explained.

Sunye co-wrote the lyrics for four tracks as she has been seeking opportunities to speak out, her thoughts and perspectives. Be it a song, a dance, a melody or a move, expressing what one has from inside the head or heart, is what I love and what I find important, mused the veteran idol.

“It took me a little long to return to the stage … but I want to keep sharing good energy from sincere music,” she added.

Enhypen claimed the No. 1 spot on Oricon’s weekly album ranking with third EP, according to the latest tally released on Tuesday.

The EP “Manifesto: Day 1” topped the weekly chart for next week selling over 135,000 copies in a week. It also was the chart-topper last week on its daily album ranking.

The EP came out on July 4 and topped iTunes top albums chart in 17 regions. The album sold over 1.13 million units in two days and the septet, barely over 1 1/2 years old, achieved it in the shortest time since its debut in K-pop scene. Enhypen also picked up three trophies from television music chart shows with main track “Future Perfect (Pass the Mic).”

Jackson of GOT7 surprised fans with news that he will drop a digital single on Friday.

He uploaded a teaser image for the single “Cruel,” which was first unveiled at the Coachella music festival in April. The musician also opened the friendly match between Manchester United and Liverpool held in Bangkok earlier this month with the song.

The digital single, along with previous single “Blow” from March, will be included later in his upcoming album “Magic Man.”

“I have learned that being able to make it closer to a goal, however small the step is, is in itself happiness for me,” said the musician in a recent interview with a local magazine.

“I was so preoccupied with the thoughts that I wanted to excel. Now, I know that music is art and I need to feel it and understand it with my heart,” he added.