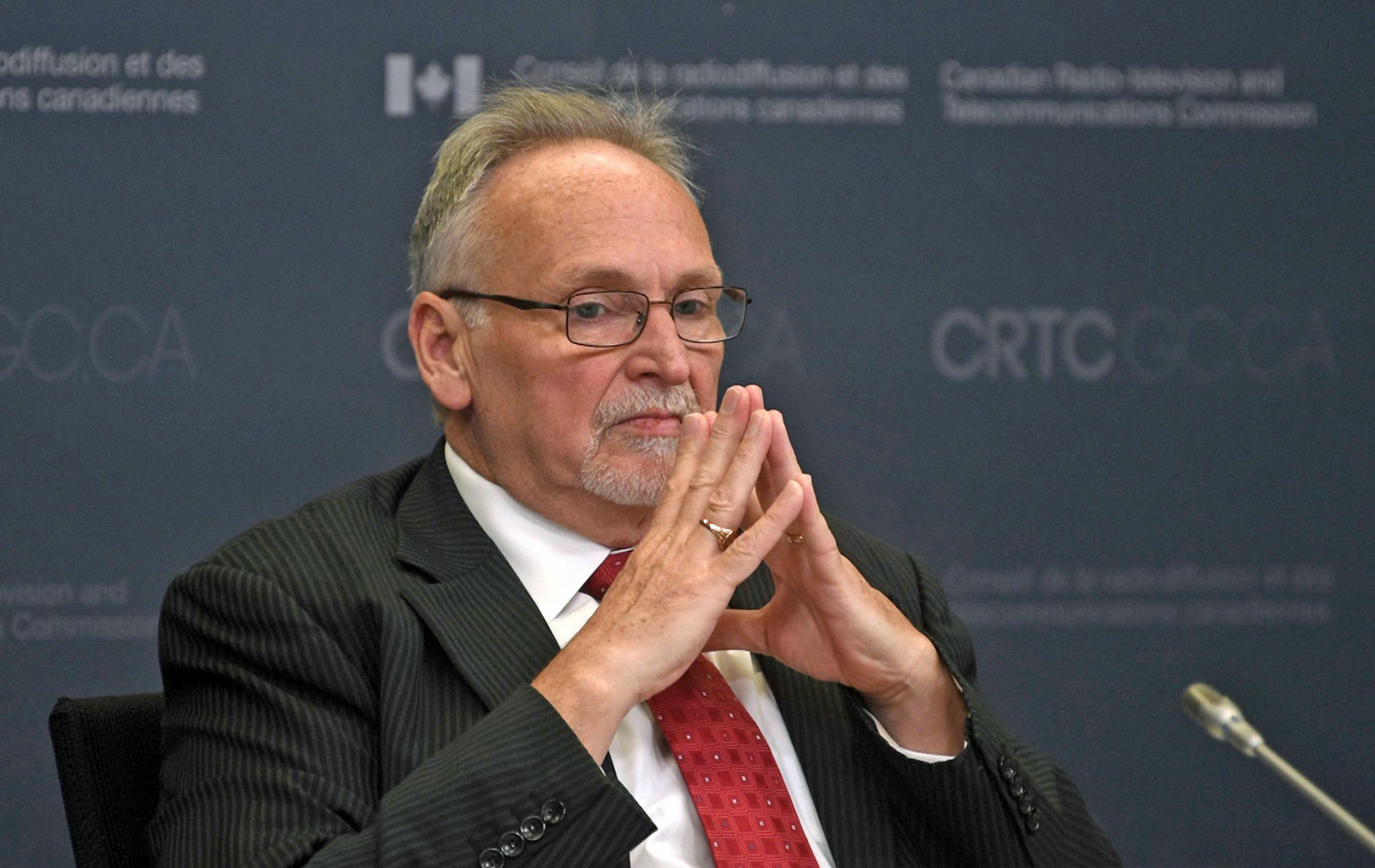 The last time the Liberal government was selecting a CRTC chairperson in 2017, it found itself looking at a pretty short list.

One source with extensive knowledge of the CRTC said the government hadn’t done enough active recruiting for the chair position. The current chair, Ian Scott, had applied for a vice-chair role, according to two independent sources, who said Scott was then hired for the top job before time ran out on the appointment of the acting chair.

Scott’s appointment, the source said, was kind of “by accident.”

In September, Scott’s five-year term will end, and Heritage Canada is busily working on finding someone new, this time to spearhead what the government has termed its efforts to “modernize” the CRTC. The Liberals are looking to add a new layer of regulation over digital media and online platforms, from Netflix to YouTube, to the CRTC’s mandate.

The new chair will have to take a sluggish institution originally built in the 1960s for telephone service and TV and radio, and adapt it to Liberal plans to regulate digital platforms that are built on inscrutable algorithms and operate in a constantly-evolving online environment.

In a job ad posted in May, Heritage Canada said in addition to experience in “broadcasting, telecommunications or digital media industries,” it’s looking for someone who can “lead an organization through change.” A government source said they’re also looking for a candidate with “digital credibility,” and who is a consumer advocate.

That could be harder than it sounds. One of the big tasks that will eventually fall to the CRTC is developing regulations to implement the goals outlined in Bill C-11, designed to amend the Broadcasting Act. The bill is already proving intensely divisive. There are those who see it as a much-needed opportunity to ensure entertainment streaming giants (mainly Netflix) support the production of and promote more Canadian content. Pitted against them are those who warn the bill is much too broad, doesn’t reflect how the internet works, and could infringe on freedom of expression.

Finding a new CRTC chair with credibility with both groups is tricky. “I’m not even sure it’s possible to find that person,” said former CRTC vice-chair Peter Menzies.

Requiring the chair to be fully bilingual cuts out 70 per cent of the population, Menzies said. By the time you find someone with experience in not only broadcasting and telecom but digital media as well, “you’ve got a pretty small pool to fish in.”

Heritage Minister Pablo Rodriguez has said he’s determined to see the CRTC “modernized” for the new digital era. In addition to C-11, he’s introduced Bill C-18, which would give the CRTC new responsibilities in digital news, overseeing the government’s demands that social media giants Google and Facebook (owned by Meta) share some of their revenue with news publishers. (This will include Postmedia, owner of National Post.)

In an emailed statement, Rodriguez said the next CRTC chair “will be a proven, bilingual leader who stands up for consumers and creators. This person will have the digital, data, and design knowledge that’s needed in a 21st century public interest regulator.”

Former CRTC chairman Konrad von Finckenstein said the government needs to look to find a chair who comes “from the new digital economy, with a background preferably in technology, economics and law.”

“They should avoid anyone with telecom-carrier or broadcasting background,” von Finckenstein said.

But that’s not what the government is accustomed to doing when it chooses appointments to the CRTC, said the source with extensive knowledge of the commission, who would only speak on the condition that they not be identified. The current chairman, Scott, has a deep background in telecom. And the source said the typical hiring pool is from people with experience in telecom and broadcasting, but “all that does is bring in people who are inevitably, from day one, in a conflict of interest.”

Regulatory capture is a perennial criticism of the CRTC, a constant concern that it’s over-friendly with the sectors it regulates. Those appointed to the commission are “there for five years, and there’s a great temptation to be very close to the companies or at least being conscious that you want to get a job” after they leave, said the source. One CRTC vice-chair previously had the number for the big telecoms on speed dial, the source said.

But recruiting from the world of digital platforms, at a time when the CRTC is trying to regulate it, could just as easily result in the same regulatory-capture problem. Ottawa can be a small town, and Menzies pointed out that it’s one where lobbyists and regulatory staff from big telecoms and broadcasters get a lot of face time with CRTC commissioners. Big Tech companies have those kinds of resources too.

Still, Menzies said he doesn’t think “there’s any question” that the CRTC will have to hire people with experience in the digital world.

When it comes to the new chair, “there’s going to be a lot of attention focused on this person, on their background.” He said they’ll need “enough of a reputation to at least be given the benefit of the doubt by the public to begin with, and same with the staff.”

But he doesn’t think conflicts are inevitable.

“There’s always conspiracy theories out there that say ‘oh, my goodness, they’ve hired somebody from Bell, that’s just another sign that they’re going to be Bell-friendly.’ Not everybody who leaves a company to join another one really likes their former employer that much.”

Once someone serves as CRTC chair or vice-chair, they’re forbidden from going to work in the industry for five years, noted Len Katz, a former CRTC vice-chair of telecom, who also served as acting chair in 2012.

That may be a barrier to recruiting someone in their 30s or early 40s, he said, “which is where you hope to find people with strong digital, social expertise.”

Katz thinks it will be necessary to find someone with the leadership skills to handle the changes coming the CRTC’s way, and who also understands how business works.

The individual heading the CRTC should be “aggressive,” Katz said, and have the skill set to cross-examine and to challenge staff, who do the investigation and analysis in any CRTC proceeding and then present it to the commission.

Former CRTC commissioner Tim Denton said the individual the government chooses should “understand telecommunications is more important than broadcasting,” which he thinks the CRTC spends too much time on, while not spending enough on telecom. He said it should be “someone who’s had some experience with how the internet works, or is ready to learn.”

In a speech earlier this spring, Rodriguez said he hears the concerns of those who say the CRTC doesn’t have the resources and expertise to implement C-11 and C-18, and that essentially “the CRTC doesn’t get the internet.” He said the government needs to “grow our next generation of public servants, who have digital, data and design knowledge.”

But Katz noted one unique feature of the CRTC — unlike other government departments with high staff turnover — is that people tend to stay where they are. “If you look at the senior level staff, and the level just below… they’ve all been there for the last 20 years or so,” he said.

But whether the CRTC is regulating broadcasting or telecom, or as the Liberal government wants, the internet, Menzies thinks the next chairperson will be at the centre of the same structural conflicts.

There are the companies being regulated, which have their own priorities. “Their primary concern isn’t you and me, right? It’s maintaining and enhancing shareholder value,” he said. “And the CRTC’s primary concern is taking care of the system.” What always seems to be missing is the emphasis on the public interest the system is ostensibly meant to serve.