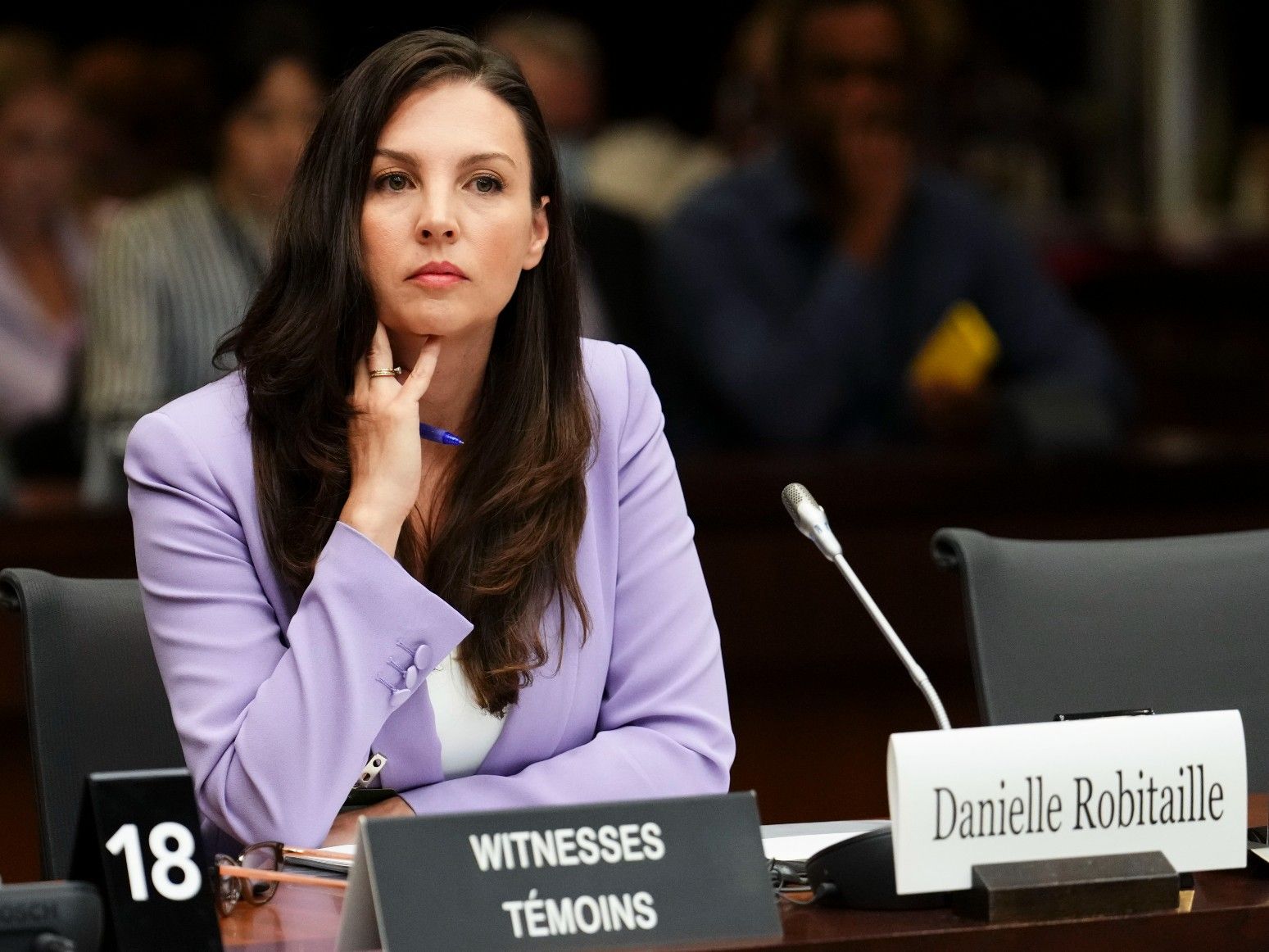 Karen Vecchio asked the one glaring, simple question that needed to be asked after a lawyer hired by Hockey Canada said she did not attempt, four years ago, to interview nine players who had yet to cooperate with her investigation.

“Why not?” asked the Member of Parliament for Elgin-Middlesex-London.

The answer was, not surprisingly, rather lawyerly.

Danielle Robitaille, a lawyer who advised Hockey Canada executives to call police when they told her, in June of 2018, about an alleged group sexual assault involving its players after a Hockey Canada gala, said that her own investigation came to a halt once the young woman at the centre of the complaint declined to participate. Robitaille, of the Toronto firm Henein Hutchison, said that without the woman’s version of events, she could not ask the hockey players to explain what had happened. Due process had to be respected, Robitaille told the Heritage Committee in Ottawa on Tuesday.

And that, it seems, was that.

Seven months later, the London Police Service completed its investigation into the alleged sex assault, and no criminal charges were laid.

Robitaille said she continued, for more than a year, to see if the alleged victim would agree to talk. Those attempts were unsuccessful. This wasn’t unusual, the investigator noted. But because she didn’t have the woman’s statement, Robitaille didn’t pursue the hockey players any further. Other than an interim report that gave general recommendations to Hockey Canada about things like serving alcohol at its events, no detailed account of the events of that June night at a downtown London hotel was ever given to the lawyer’s client.

When Hockey Canada’s top two executives testified before the Heritage Committee last month, they didn’t even know how many of the 19 players at the London gala had participated in the Henein Hutchison investigation that it had commissioned. One thought the number was less than six. One thought it was a dozen or more.

Robitaille said on Tuesday that 10 players cooperated with the investigation. The other nine remained silent.

And that, when it is Hockey Canada’s turn to appear before the committee again on Wednesday, remains the glaring, simple question for its executives: Why did they allow that silence to stand? Why did it take four years, and the blooming scandal of the quick settlement of a sexual-assault lawsuit, for Hockey Canada to realize that perhaps it should not accept the non-results of an incomplete investigation? Why is it only now compelling the participation of the players who wore its maple-leaf logo on their chests?

It is, admittedly, tough to come up with a satisfactory answer to these questions. There’s a reason these fellows, notably the now-retired chief executive Tom Renney and president Scott Smith, are not doing media interviews.

Because even if a third-party investigator decides to halt everything until the alleged victim of a sexual assault agrees to talk, there was nothing compelling Hockey Canada to let the matter drop. Couldn’t they ask their investigator to, you know, see what else she could find out? There were accusations of an awful crime involving its players. Why wouldn’t they exhaust all efforts to find out what happened?

Tuesday’s testimony suggested that letting the matter drop was not a thing exclusive to Hockey Canada. Michel Ruest, senior director at Sport Canada, a department of the federal Heritage ministry, said it was made aware of allegations of sexual assault after Hockey Canada informed it about them in late June, 2018. That was a week after Hockey Canada first learned of the alleged incident, and a few weeks before London police opened their investigation.

And that, again, was pretty much that. There was no follow up, no one checking back with Hockey Canada to find out if any action had been taken or indeed if the allegations were true. The Sport Minister at the time, Kent Hehr, wasn’t even informed.

I will concede that I have never worked in the federal bureaucracy, but I would have thought that a phone call from Hockey Canada about a possible sexual assault at one of its galas — even if the full details of the alleged incident hadn’t been shared — would have been something that sets of the klaxons and goes all the way up the organizational chart. Instead, it doesn’t even seem to have generated a sticky note.

The previous few paragraphs are why people with accusations of sexual assault are sometimes afraid to come forward, example infinity.

Things are happening now, at least. Robitaille says she has now spoken to the alleged victim and has a detailed statement from her. She plans to speak to the holdout players, and Hockey Canada says they face lifetime bans if they do not agree to talk. Renney and Smith will be back before the Heritage committee to try to explain themselves.

The current Sport Minister, Pascale St-Onge, did not sound on Tuesday like someone who is ready to cut them a lot of slack. Hockey Canada has been busy in the past month generating apologies and reopening investigations and developing action plans so that it doesn’t again find itself cutting cheques, years later, to someone who alleges wrongdoing by players in its programs.

But St-Onge noted that the people developing the action plan, as good as it might sound, are many of the same people who were around in 2018.

“Are they the right people to implement the action plan they have put forward?” she asked.

One suspects the Minister already has her answer.