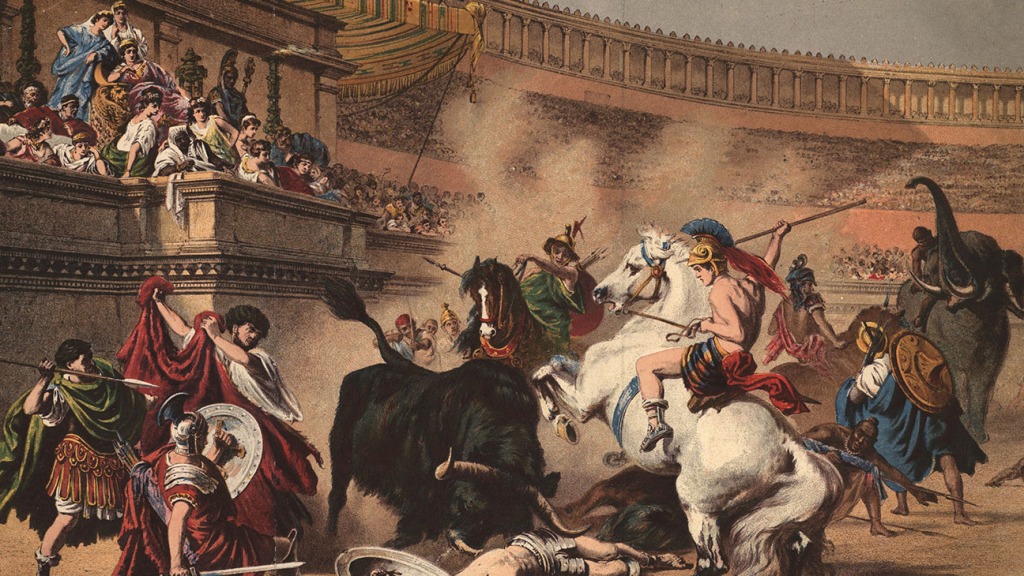 Those About To Die is based on author Daniel Mannix’s book of the same title and the show is described as “a large-scale drama set within the spectacular, complex and corrupt world of gladiatorial sports in Ancient Rome. The series introduces an ensemble of diverse characters across the many layers of Roman society where sports, politics and business intersect and collide.”

Emmerich will direct and executive produce, while Robert Rodat (Saving Private Ryan) is the showrunner.

“The powerful Roman Empire has always fascinated me, especially its enormous games which entertained the masses through spectacle at the monumental Colosseum,” Emmerich says. “At its heart, this is a sports epic led by strong and diverse characters who explore paths to glory, falls from grace and a need to belong to something greater than oneself. Sports in these ancient times were as thrilling and massive then as they are today, and I’m excited to collaborate with my partners, Peacock, High End Productions, Hollywood Gang and AGC Studios, in bringing this rich world of blood, sweat and tears to television.”

“Those About To Die takes on Ancient Rome in a completely new way,” adds Lisa Katz, president of scripted content at NBCUniversal Television and Streaming. “While the series will be epic in scope and have the spectacle of gladiators and chariot racing, it also has unexpected characters amidst palace intrigue and a dark criminal underworld.”

The project is from AGC Studios and produced by Centropolis Entertainment, Hollywood Gang Productions and Street Entertainment.

High End Productions, a company set up by Herbert G. Kloiber and Constantin Film to produce premium European fiction series for the international market, acquired distribution rights in Europe and will co-finance the show with Peacock.