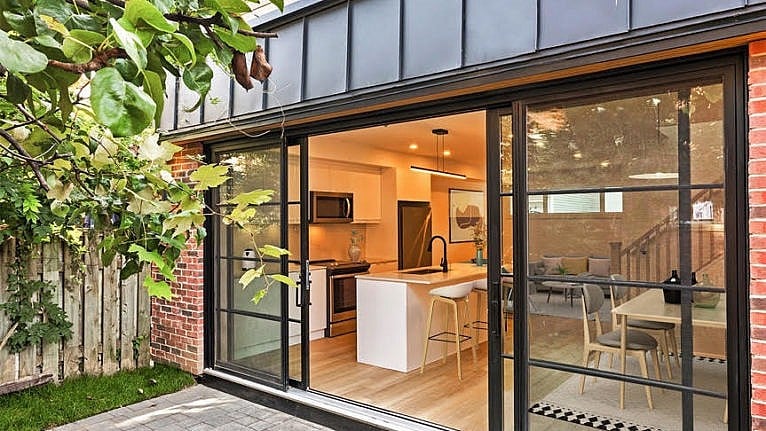 After Toronto joined the list of Canadian cities allowing for the secondary structures, many are left wondering how—and if—the suites can help address housing affordability

Garden suites—freestanding backyard homes that tie into the main residence’s services and utilities—were given the green light earlier this month after the Ontario Land Tribunal dismissed an appeal filed by a Toronto residents’ association contesting a bylaw permitting the construction of these small structures.

In a statement, the city said garden suites would help address housing concerns in the city by “allowing greater variety in the type and form of housing that can be built in the city’s neighbourhoods.” But questions remain regarding the affordability of the backyard suites, which have already been approved in cities across Canada, along with other barriers to being lauded as a solution to the nation’s housing crisis.

Maclean’s spoke to garden suites specialist and Garden Suites Toronto project manager Kyle Springer on the suites’ potential to increase housing options, how he got into building them and what the future of affordable housing could look like in Canadian cities. This conversation has been edited and condensed for length and clarity.

Kyle Springer is a project manager and garden suites specialist.

Garden suites have only been legal in Toronto for about three weeks now. Are people interested in building them?

On the day the appeal got thrown out, we had about 15 people reach out to us. In the past two weeks, we’ve had probably 60 inquiries. So there’s definitely interest. We’re drawing and designing three garden suites right now and are expecting to start building next spring. I’m guessing anywhere from 300,000 to 600,000 properties in the city will be eligible for garden suite builds, so there’s the potential for interest to grow substantially.

Tell us how you got involved with garden suites.

On top of that, I’m very passionate about construction and building. I was into Lego as a kid and it grew from there. I think with garden suites, it’s a cool concept that you can build a house in your backyard, especially in a city like Toronto where we are dealing with an affordable housing crisis.

A rendering of a laneway suite, which is similar in concept to a garden suite.

Are garden suites the solution?

Garden suites aren’t going to solve the crisis completely, no. But they’re definitely going to help because they add density to the city, and that’s the direction housing development is headed right now. The theory is that over time, whether it’s a laneway suite, a garden suite or even an addition, adding more of this infill development in the residential low-rise neighbourhoods will help with pricing.

With HST and drawings, a garden suite can average about $500 a square foot. A similar sized condo in Toronto starts at around $1,000. A lot of the value comes from the land itself, and with a garden suite you or someone you know already owns the land, you’re just building on top of it. It’s a bonus.

RELATED: This man is building a tiny-home utopia in P.E.I.

I’m 28 and still live at home. Is a garden suite my ticket out?

It depends. If you’re partnering up with a family member that has the main property, you could work out an agreement. Maybe you cover the building costs or do something like a rent-to-own. You wouldn’t be able to own the land because you can’t sever a garden suite from the main property, but technically the suite could be yours.

I’m 30, and if my parents had a property in Toronto, I’d convince them to build one and do exactly that. I know there’s a lot of parents helping our generation with mortgage payments and buying property, but this is a good in-between.

What are people mostly interested in using garden suites for?

I would say half are using them for rentals and the other half for family, whether that be for a parent or child. Actually, we’re building a laneway suite for a retired couple right now and the suite is for themselves. They’re having their children take over the main house. I think we’ll see more of this, especially for people who don’t want to send their parents to a retirement home. Garden suites are a good option because your parents aren’t exactly living with you but are still close enough for you to keep an eye on and help with any health issues.

Another laneway suite rendering, which gives an idea of what a similar-sized garden suite could look like.

Let’s talk challenges. How hard is it going to be to build one of these?

Unless there’s another association that tries to appeal again, I don’t foresee there being any huge challenges. Once we get past the permit process, everything’s pretty easy from there.

But it’s worth considering that with laneway suites, you usually have good access to the building site because laneways are generally big enough to drive concrete trucks and forklifts through. Garden suites, especially if they’re in the downtown core, might only have a three-foot-wide access between the two houses for you to bring all of your materials and equipment. So you might have to bring every single element of the build to the site by hand, piece by piece.

That’s a lot of manpower. And time.

And logistical effort, especially in Toronto where the cars switch sides every two weeks. If it’s not the two weeks where you’re on the right side of the road, you’re gonna have to walk everything across the street and block or dodge traffic.

What’s next after garden suites?

I read a couple weeks ago that the city is looking at allowing people who live on major streets with low-rise residential zoning, like Lawrence Avenue, to build apartment buildings of up to six storeys as-of-right. If you tried to do that now, you’d have to go to the Committee of Adjustment and you’d have to do rezoning, which might take years to complete. With as-of-right zoning, all you’d have to do is follow the city’s regulations and then apply for a building permit, similar to a garden suite.

One of the stipulations is that the ground floor would have to be something like a commercial unit, but that way you’re getting a mix of commercial and residential all in one area. We really have no choice but to figure out creative ways like this to add density to the city.