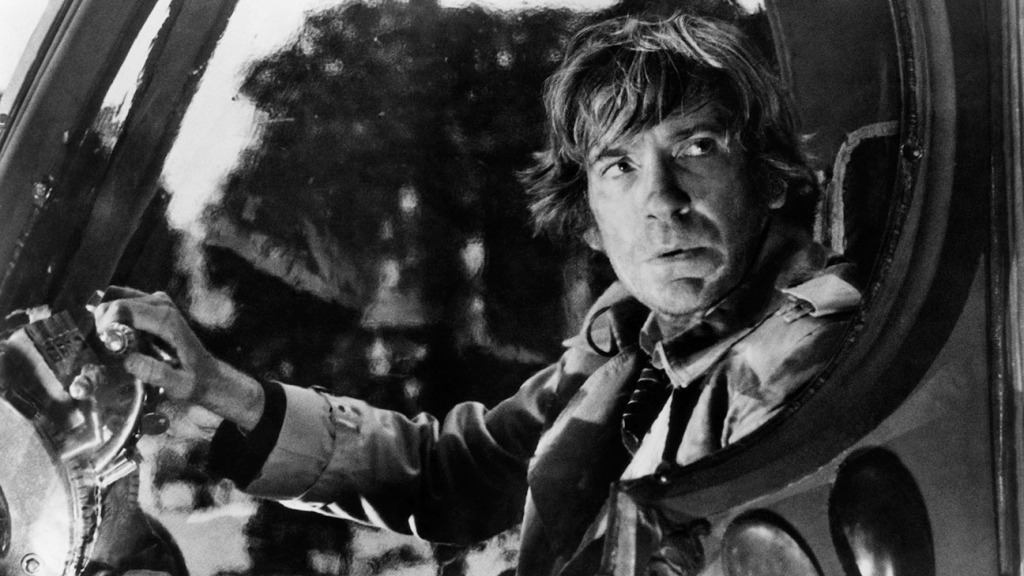 David Warner, the classically trained British actor renowned for his performances as polished villains in Time After Time, Time Bandits, TRON, Titanic and so much more, has died. He was 80.

Warner died Sunday at Denville Hall, a nursing home in London for those in the entertainment industry, his family told the BBC.

“Over the past 18 months he approached his diagnosis with a characteristic grace and dignity,” they said. “He will be missed hugely by us, his family and friends, and remembered as a kind-hearted, generous and compassionate man, partner and father whose legacy of extraordinary work has touched the lives of so many over the years. We are heartbroken.”

In the first film he made in the U.S., Warner portrayed the itinerant preacher Joshua Duncan Sloane in Sam Peckinpah’s The Ballad of Cable Hogue (1970), and the filmmaker brought him back to play the village idiot Henry Niles in Straw Dogs (1971) and the German officer Kiesel in Cross of Iron (1977).

Before he stood out as the vile Blifil in the Oscar best picture winner Tom Jones (1963), the lanky Manchester native studied at the Royal Academy of Dramatic Art and starred in several plays for Peter Hall at the then-fledgling Royal Shakespeare Company.

A bout with stage fright kept him away from the theater for nearly three decades until he returned to play munitions magnate Andrew Undershaft in the 2001 Broadway revival of George Bernard Shaw’s Major Barbara. He received a Theatre World Award in the process.

The self-effacing Warner also was the ill-fated photojournalist Keith Jennings in Richard Donner‘s The Omen (1976), the wacky scientist Dr. Alfred Necessiter in Carl Reiner’s The Man With Two Brains (1983) and the ape Senator Sandar in Tim Burton’s Planet of the Apes (2001).

He rarely refused a role, as evidenced by his 220-plus acting credits on IMDb. “When others say no,” he once said, “I say yes.” Sometimes, he got the part because he was the “cheapest” one available, he joked.

After portraying the nefarious Jack the Ripper opposite Malcolm McDowell in Nicholas Meyer’s Time After Time (1979) and the character aptly named Evil in Terry Gilliam’s Time Bandits (1981) — he said he got that gig because Jonathan Pryce was busy elsewhere — Warner turned it up a notch for Tron (1982).

In the groundbreaking Disney film, Warner played Ed Dillinger, the scheming ENCOM senior executive who swipes Kevin Flynn’s (Jeff Bridges) work and passes it off as his own; SARK, the malevolent living program inside the mainframe; and the voice of the rogue Master Control Program.

“It was very interesting to do it because you know we were all on black sets and with our costumes the way they were,” he said in a 2021 interview. “It was on film, not video, and they had to color every single frame. They put it together and it was quite extraordinary. Of course, I didn’t understand what was going on.”

Thirty-four years after he was in his first Oscar best picture winner, Warner was in another one, portraying the cutthroat Spicer Lovejoy, the loyal-to-a-fault valet/bodyguard who works for Billy Zane’s industrialist Cal Hockley, in James Cameron’s Titanic (1997).

There have been stories over the years that Warner was Wes Craven’s first choice (not Robert Englund) to play the sinister Freddy Krueger in the original A Nightmare on Elm Street (1984), but those were discounted by the actor in the 2016 book Never Sleep Again: The Elm Street Legacy.

An only child, David Hattersley Warner was born out of wedlock on July 29, 1941. In what he described as a “messy” childhood, he was raised separately by his middle-class parents and struggled at eight different schools before being accepted into RADA.

“I became an actor only to get out of the house,” he said in an August 2021 episode of the David Morrissey podcast Who Am I This Time?

In 1962, he landed the minor role of Snout the tinker in a Royal Court Theatre production of A Midsummer Night’s Dream, directed by Tony Richardson, who then gave Warner his first big-screen speaking role, as the conniving Blifil (half-brother of Albert Finney‘s title character) in Tom Jones.

He auditioned and got a three-year contract with the Royal Shakespeare Company and starred as King Henry VI in an adaption of four Shakespeare plays that made it to television as the 1965-66 miniseries The Wars of the Roses, directed by Hall.

Meanwhile, he had an unlikely turn opposite Bob Dylan on a 1963 installment of BBC Sunday-Night Play.

After starring for Hall and the RSC in a much-lauded performance of Hamlet — opposite Glenda Jackson as Ophelia — and Eh?, the 6-foot-2 Warner scored high marks for his performance as a flailing artist who embarks on a wild quest to keep his wife (Vanessa Redgrave) from divorcing him in the Karel Reisz-helmed comedy Morgan: A Suitable Case for Treatment (1966).

Locked into his contract at Stratford, he was unable to accept offers to come to Hollywood right away.

In 1968, he appeared in The Bofors Gun, Work Is a Four Letter Word, John Frankenheimer’s The Fixer and Sidney Lumet’s The Sea Gull before Peckinpah wanted him — badly — for The Ballad of Cable Hogue.

At the last minute, Warner was hit with a panic attack and was unable to get on a plane, so he told his agent he would have to pass on the film. Peckinpah insisted, however, and it was arranged for Warner to travel by ship to New York via Barcelona, by train to Los Angeles via Chicago and then by car to a desert outside Las Vegas.

In 1970, Warner fell from a window in Rome, broke both his heels and was in danger of never being able to walk again.

“One story is that I was in bed with Claudia Cardinale when my wife arrived and I jumped out of the window. You can say that if you like! There are all sorts of slanderous stories about drugs and drink. Not true,” he told The New York Times in 1971.

Despite his injuries, Peckinpah still employed him, uncredited, in Straw Dogs.

“It was really marvelous for me to get back in front of the camera,” he said. “Peckinpah has a place in, if not my heart, my life. I did not want anyone to know about [my accident] at the time or have my name on the credits … I may have made a mistake.”

He fled the theater after starring in a poorly received Richardson-directed version of I, Claudius in the West End in 1972. A month later, he went to see a play and “started to perspire,” he recalled. “I said, ‘How can they stand up there in front of all these people? How do they learn the lines?’ I panicked and left at the interval.”

During the making of The Omen, Warner said star Gregory Peck became aware of his lifelong, painful battle with psoriasis since they shared dressing quarters. After the movie was released, Peck sent him a letter telling him that he had learned about a new, experimental treatment for the skin disease that was available only in Milwaukee.

“He wrote, ‘I urge you to think about this. If you’re short of funds, I’ll pay your airfare,’” he said. He would admire Peck forever.

He played baddies on television, too. He won a supporting actor Emmy for his work as the wicked Pomponius Falco in the 1981 ABC miniseries Masada; voiced the supervillain Ra’s al Ghul on three animated series in the ’90s; was knocked off by Joan Chen’s Josie Packard in ’91 on ABC’s Twin Peaks; and showed up as a creepy network boss in 1993-94 on HBO’s The Larry Sanders Show.

Warner was married and divorced twice. Survivors include his son, Luke, daughter-in-law Sarah and his partner, actress-director Lisa Bowerman.

The actor said he lobbied to play a nice guy — for once! — in CBS’ 1984 version of A Christmas Carol, and instead of portraying Marley’s ghost, he got the part of Bob Cratchit opposite George C. Scott.

“Because I play heavies, I thought, ‘This would be wonderful,’” he told Morrissey. “I wanted to show I was a little bit versatile and not always saying, ‘Kill him!’ or ‘Get him!’”