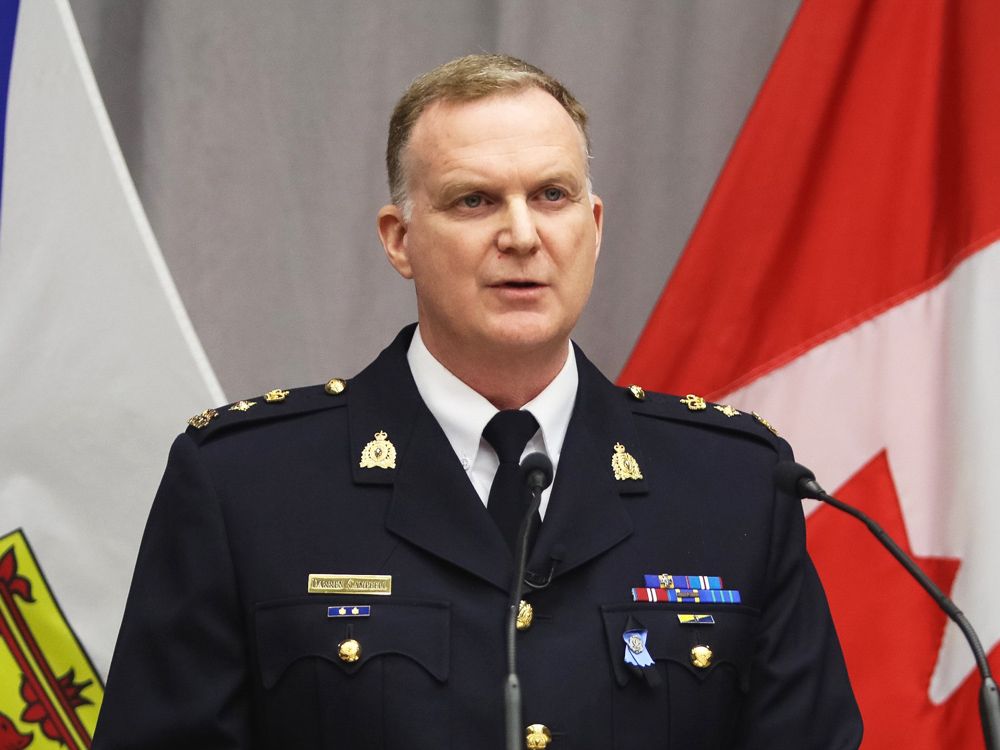 Supt. Darren Campbell suggested in the notes that RCMP Commissioner Brenda Lucki had chastised local officers investigating the April 2020 rampage for not releasing details on the type of guns used by the killer

The senior RCMP officer whose notes of a meeting about the Nova Scotia mass shooting ignited charges of political interference in the investigation was set to take the stand Monday at the inquiry examining the homicidal spree.

Supt. Darren Campbell suggested in the notes that RCMP Commissioner Brenda Lucki had chastised local officers investigating the April 2020 rampage for not releasing details on the type of guns used by the killer.

Lucki indicated that she had promised Public Safety Minister Bill Blair and the prime minister’s office that such information would be divulged, and tied the issue to the looming introduction of new gun-control legislation.

Campbell told the commissioner that he had ordered officers not to release the firearms information, out of fear it might jeopardize an investigation still trying to determine where the guns originated, according to his notes. His record of the meeting was released by the Mass-Casualty Commission.

The meeting between Lucki and local RCMP commanders took place 10 days after the shooting rampage through rural Nova Scotia, which left 22 people dead, several others injured and houses destroyed.

Opposition critics accused the Liberal government of interfering in an active police investigation, but Blair denied that he or anyone else in government had pressured the force.

Lucki released a statement saying she regretted her language in the meeting with Campbell, but also insisted there was no political interference.

“It was a tense discussion, and I regret the way I approached the meeting and the impact it had on those in attendance. My need for information should have been better weighed against the seriousness of the circumstances they were experiencing.”

On the other hand, a report released by the inquiry last month argues that the RCMP waited too long to release critical information about the shooting, including the types of firearms used.